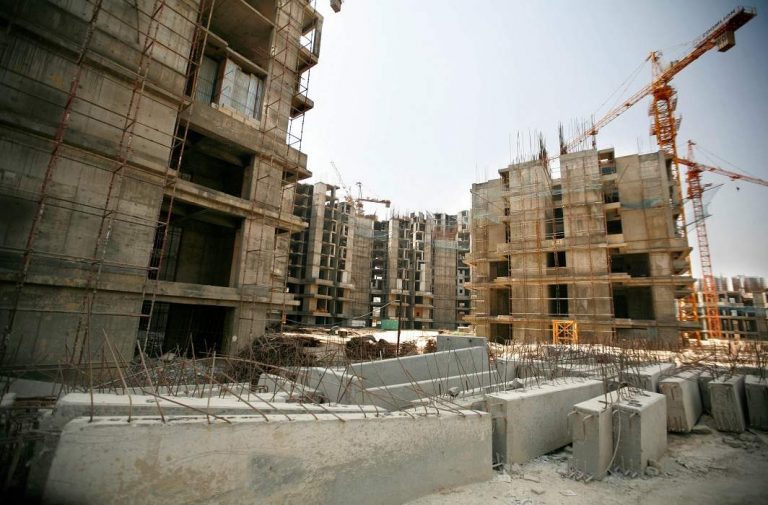 Having different rates of interest for consumers and builders for delays on their part amounts to unfair trade practice. However, this anomaly is yet to be corrected by courts

A recent order of the National Consumer Disputes Redressal Commission (NCDRC) has once again opened the debate on the rate of interest that builders ought to pay for failing to complete construction of homes and hand over their possession to home buyers within the stipulated time.

Builders have for long exploited consumers through highly discriminatory clauses in the contract. While the home buyer is asked to pay a whopping 18-25 percent interest on delayed payment of installments, the builder offers a pittance, as little as 1.4 percent, to the consumer for delays on his part in fulfilling his contractual obligations.

Home buyers, therefore, have for long been demanding that there should be parity in the rate of interest and consumer courts should impose on builders the same rate of interest that builders charge from consumers, particularly when they are asked to refund the money paid by the consumer.

In Amit Soni vs M/s Umang Realtech Pvt Ltd, decided on June 3, the National Commission agreed with this view. “Logically, if the seller is charging interest from the buyer @ 18% p.a, we should have no hesitation in awarding the same rate,” the Commission said in its order. However, it did not act on that logic and asked the builder to refund the money paid by the home buyer, with interest calculated at 12 percent. “Having regard to the fact that banks have lowered the interest rate and the Hon’ble Supreme Court has been awarding interest keeping in view the current market situation and considering the recent decline in the cost of borrowing and return on the investments made with the banks, we are of the view that interest @ 12% p.a. would meet the ends of justice…,” the Commission said. But it did award, besides the interest, an additional compensation of Rs 1 lakh and costs of Rs 25,000.

The builder-buyer agreement in this case imposed an interest of 18 percent per annum for default on the part of the buyer, but offered a penalty of only Rs 5 per square foot of super area of the apartment per month for delayed completion of the project. Pointing out that this worked out to a paltry 1.4 percent interest per annum, the Commission said there was no justification for such clauses that gave an unfair advantage to the seller over the buyer and such terms in contracts came within the definition of “unfair trade practice” under Section 2(r) of the Consumer Protection Act.

In fact, in two other recent cases—Mohit Sharma vs M/s Ramprastha Promoters and Developers Pvt Ltd (decided on May 1, 2019) and Pratima Rajpal vs Parsvnath Developers Ltd (decided on May 30, 2019), where consumers had made similar pleas, the Commission awarded only 12 percent interest and costs (no compensation), saying it would meet the ends of justice. The Commission’s reluctance to award a higher rate of interest in all cases perhaps stems from the Supreme Court’s criticism of the Commission in 2004 for routinely awarding a uniform rate of 18 percent in all real estate cases, irrespective of the facts of the case or the loss suffered by the consumer.

In response to a bunch of petitions filed before it, the Supreme Court in Ghaziabad Development Authority vs Balbir Singh (decided on March 17, 2004), considered whether the grant of interest at 18 percent per annum in all cases was justifiable. Its conclusion was: “…compensation has to be worked out after looking into the facts of each case and after determining what is the amount of harassment/loss which had been caused to the consumer.”

The apex court said: “No hard and fast rule can be laid down, however a few examples would be where an allotment is made, price is received/paid but possession is not given within the period set out in the brochure. The Commission/Forum would then need to determine the loss. Loss could be determined on basis of loss of rent which could have been earned if possession was given and the premises let out or if the consumer has had to stay in rented premises then on basis of rent actually paid by him. Along with recompensing the loss the Commission/Forum may also compensate for harassment/injury both mental and physical.”

This verdict did make the National Commission more careful in its computation of interest, but in several cases where it found the attitude of the builder to be particularly arbitrary and high-handed, causing immense loss and mental agony to consumers, it did award 18 percent interest and compensation, quoting a decision of the Supreme Court in 2012.

In Dr Naren P Sheth vs M/s Lodha Group (decided on May 5, 2016), for example, where even after collecting  Rs 1.02 crore out of the total cost of Rs 1.04 crore from the consumers—senior citizens—the builder cancelled their allotment maliciously without even a written notice and sold the flats to another party, the Commission directed refund of the money paid by the allottees with 18 percent interest, besides a compensation of Rs 1 lakh each. While doing so, the Commission referred to the decision of the Supreme Court in KA Nagamani vs Karnataka Housing Board (decided on September 19, 2012). Here, the apex court had observed that the consumer, who had deposited the money in the hope of getting a flat, was being deprived of it and thereby the benefit of escalation of the price of the flat and therefore the compensation should necessarily be higher.

In KA Nagamani’s case, the consumer’s appeal for escalation of the 12 percent interest awarded by the District Forum had been dismissed by both the State and the National Commissions. However, the Supreme Court increased it to 18 percent and also awarded Rs 50,000 as compensation and Rs 20,000 as costs. While doing so, it referred to its 2004 order in Ghaziabad Development Authority, where it had said: “…. But in cases where monies are being simply returned then the party is suffering a loss inasmuch as he had deposited the money in the hope of getting a flat/plot. He is being deprived of that flat/plot. He has been deprived of the benefit of escalation of the price of that flat/plot. Therefore the compensation in such cases would necessarily have to be higher.” Nagamani’s case came under this category, the Supreme Court said.

In other words, what has so far determined the rate of interest or compensation is the behaviour of the builder and the loss and suffering caused to the consumer as a result. Now in the Amit Soni case, the Commission found logic in the argument that the builder should pay the same rate of interest that the consumer was forced to pay for delayed payments. Such imposition (particularly where there is no other compensation except the interest on the refund) not only recompenses the consumer for the financial hardship and mental agony suffered on account of unfair trade practices and deficient services by the builder, but also forces him to re-think about the interest imposed on the consumer in the agreements.

Way back in 2006, in Shri JL Sethi vs Senior Citizen Home Complex Welfare Society (decided on August 21, 2006), this issue came up before the National Commission. Here, the District Consumer Disputes Redressal Forum had awarded 18 percent interest on the refund to JL Sethi, a senior citizen, on the ground that the builder was charging 18 percent for delayed payment from the consumers. The Forum also awarded Rs 25,000 as compensation and Rs 5,000 as costs. However, the State Commission set aside the award of interest. Chastising the State Commission, the National Commission quoted the Supreme Court in Sovitorg India Ltd vs State Bank of India, New Delhi (1999), where it had held that interest may also be awarded in lieu of compensation or damages in appropriate cases and interest can also be granted on equitable grounds.

The Commission also quoted the Supreme Court in Ghaziabad Development Authority vs Balbir Singh and said the principle that interest must be granted at the current rate of interest was only applicable where the proceedings were for recovery of debt or damages. And the principles which govern the grant of interest do not apply to grant of compensation. However, the Commission did not uphold the interest of 18 percent, but reduced it to 12 percent.

One must also point out that the Real Estate (Regulation and Development) Act and the Rules, when enforced stringently, should put an end to the highly exploitative rates of interest imposed by builders as the rules mandate that the rate of interest payable by both the promoter and the allottee will be the State Bank of India’s highest marginal cost of lending rate plus 2 percent.

All said and done, consumer justice demands that they be compensated fully for the loss and suffering undergone on account of deficient service rendered by the builder. As the Commission said in the case of Mohit Sharma: “…we should also keep in view the principles of restitutio in integrum which provides that a person entitled to damages should, as nearly as possible, get that sum of money which would put him in the same position as he would have been if he had not sustained the wrong.”

After all, that is only a fair stand.