Even as the apex court had directed the government to amend the Food Safety and Standards Act and IPC to award life imprisonment for milk adulterators, studies have found the presence of coliform bacteria in it

Some things do not change in India. Like the adulteration of milk. First it was done with plain water, then it was chemicals that included detergent. And now a study done by the Consumer Education and Research Centre (CERC) at Ahmedabad has found that 70 percent of loose milk sold is unfit for human consumption. Out of 55 loose milk samples tested, 38 were found to contain coliform bacteria indicating faecal contamination. This could be due to milch cattle not being washed properly, leading to dung falling into the milk vessel. It could also be due to contaminated water being used to adulterate the milk.

Coliform bacteria can cause diarrhoea, vomiting, urinary tract infections and typhoid. Unless boiled or pasteurised, milk in the raw form can be dangerous. Thirty-one of the 55 samples tested were graded fair to poor in tests that measured contamination by bacteria which can cause gastroenteritis, food poisoning and intestinal irritation.

Milk adulteration has been going on for a long time. In 2014, the UP government in a startling admission told the Supreme Court that adulteration of milk was rampant in the state. Vijay Bahadur, assistant commissioner (food safety), Uttar Pradesh Food Safety and Drug Authority, said the menace was most rampant during festival seasons when the demand for milk rises.

In an affidavit, the UP government admitted that it had actually failed to take effective steps to curb it. It pointed out that out of the 4,503 samples collected between January 2012 and May 2013, 1,280 were found to be adulterated with detergent, starch, carbohydrate and whitener. Another sample size of 613 found that 207 samples were adulterated. The worst cases of adulteration were from Faizabad, Moradabad, Agra and Saharanpur.

Last year, the Bombay High Court took note of milk adulteration and directed the Maharashtra government and the Commissioner of Food and Drugs Administration to spell out how it planned to deal with this as the health of the public and children was at risk.

Incidentally, due to its high nutritive value and moisture content, milk is an excellent medium for the growth of microorganisms. Microbial content in it depends on the living conditions and hygiene in sheds of milch cattle and the cleanliness of those milking them, the animals and vessels. Once micro-organisms enter milk, they multiply due to the warm ambient temperature, resulting in rapid deterioration. As there are no regulations on hygiene in barns, cleanliness is given the go-by.

Pritee Shah, chief general manager, CERC, Ahmedabad, told India Legal: “Milch cattle eat garbage and plastic instead of nutritious fodder. There is lack of hygiene while milking, collection, storage and distribution of milk. You can’t trust local doodhwallas to adhere to safety standards. Today, it is vital to buy only packed and pasteurised milk.”

India is not only the largest producer but also the largest consumer of milk in the world. The organised dairy sector pasteurises and packs only 25-30 percent of milk. The remaining is either locally consumed or handled by the unorganised sector in an unhygienic manner.

A 2016 study in Mirzapur, UP, of milk adulteration done by Pooja Jaiswal of Benaras Hindu University and SK Goyal, assistant professor, KVK Institute of Agricultural Sciences, Mirzapur, showed that 20 percent of milk samples contained urea, 44 percent had salt and 36 percent, soap. As many as 42 percent of the samples were found to contain skimmed milk powder to increase the weight or relative mass of natural milk, while ten percent were found to contain glucose to prolong the keeping quality of milk. Formalin was also found in 36 percent for the same reason.

Another study done by Maitreyi College in Delhi that tested 75 milk samples from Delhi, Faridabad, Gurgaon and Noida found that most of them had neutralisers, skimmed milk powder, urea, detergent and ammonium sulphate. Neutralisers are usually added to prevent curdling and increase the shelf-life of milk. They could be added in the form of caustic soda, sodium bicarbonate and sodium carbonate. Skimmed milk power was found in all the samples.

In 2011, the “Executive Summary on National Survey on Milk Adulteration” released by the Foods Safety and Standards Authority of India (FSSAI) pointed out that at the national level, 68.4 percent of milk being sold was adulterated. It said the worst performers were Bihar, Chhattisgarh, Odisha, West Bengal, Mizoram, Jharkhand and Daman and Diu, where adulteration in milk was found up to 100 percent! This Authority was established under the Food Safety and Standards Act (FSSA), 2006. The Act not only replaces the Prevention of Food Adulteration Act 1954 but also consolidates other food acts such as the Fruits Product Order, Meat Food Products Order, Vegetable Oil Products (control) Order and the Milk and Milk Products order.

So how can this menace be curbed? Ashish Bahuguna, chairman of the FSSAI, said that milk adulteration is more in North India than the South. A kit has been produced to check the quality of milk by FSSAI. It is presently negotiating with investors and entrepreneurs to mass produce and market it.

A year ago, a Supreme Court bench had asked both the centre and the states to look at amending the FSSA and also the IPC so that those who adulterate milk can be awarded life imprisonment. Referring to its orders of December 5, 2013 and December 10, 2014, the apex court said: “It will be in order, if the Union of India considers making suitable amendments in the penal provisions at par with the provisions contained in the State amendments to the Indian Penal Code” by Uttar Pradesh, West Bengal and Odisha governments, which have enhanced the punishment for adulteration of food and products to life imprisonment.

Speaking for the bench, Justice R Banumathi had said: “Since in India traditionally infants and children are fed milk, adulteration of milk and its products is a concern and stringent measures need to be taken to combat it. The consumption of adulterated milk and adulterated milk products is hazardous to human health.”

Coliform bacteria can cause diarrhoea, vomiting, urinary tract infections and typhoid. Unless boiled or pasteurised, milk in the raw form can be dangerous.

The direction by the apex court to make milk adulteration punishable with life imprisonment came after a PIL was filed by an Uttarakhand-based religious seer Swami Achyutanand Tirth. He had highlighted the menace of growing sales of adulterated and synthetic milk in different parts of the country.

Last year, Harsh Vardhan, the science and technology minister told the Lok Sabha that over 68 percent of milk in the country does not conform to standards laid down by the food regulator. He added that the most common adulterants found in milk were detergent, caustic soda, glucose, white paint and refined oil, considered “very hazardous” as it could lead to serious ailments.

In olden days, there were no pasteurisation units and the milkman supplied the milk. But then cattle grazed in lush green fields, were healthy and well-fed. Today, milch animals are just seen as vehicles to make money. They live in cramped sheds that are dirty, full of dung and urine and are let out into the open, where they feed mainly on waste found in polythene bags. As there is no law on hygiene and cleanliness, the local milkman does not want to incur extra costs to ensure that the milk is unadulterated.

But with reports of coliform in it, there are enough reasons to worry. 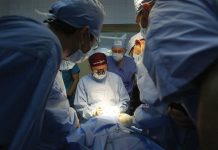