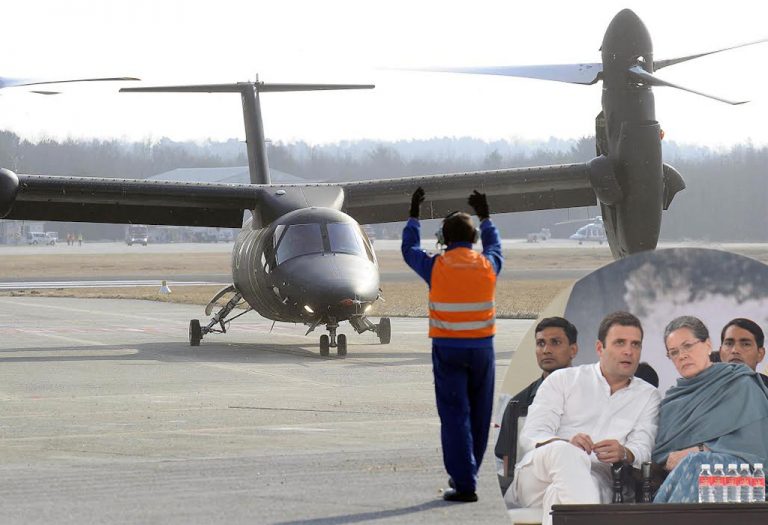 India legal has in its possession a legal notice served by Advocate Devadatt Kamat to Network 18. Kamat has served the notice on behalf of his clients: Indian National Congress, its president Sonia Gandhi and vice-president Rahul Gandhi.

According to the notice, on Dec 12, 2016 in a live news programme, “India at 9” CNN-News 18 broadcast a news item relating to the Agusta Westland Chopper deal. Its anchor Zakka Jacob while reporting on an alleged “New note written by Agusta middleman and signed by Christen Michel and Guido Haschke” stated that the “Note refers to 28 Mn Euro Deal with the family.” The anchor went on to state that “the CBI believes that the family is not the Tyagi family but a political family” and that they would like to pursue this line of investigation. The anchor further added that sources have told CNN-News 18 that the probe agencies suspect that the family referred could be the Gandhi family. The anchor further added that according to its sources, the Gandhi family could be questioned on the basis of the document. The notice also blames the channel’s correspondent Manoj Gupta for the malicious story. The notice also points out the story was pitched as “exclusive” and extensively highlighted on the company’s website and other social media platforms.

The notice said that the statements were highly defamatory and disparaging, did not have any factual basis and had tarnished the reputation of the concerned persons.

Here is a copy of the notice: 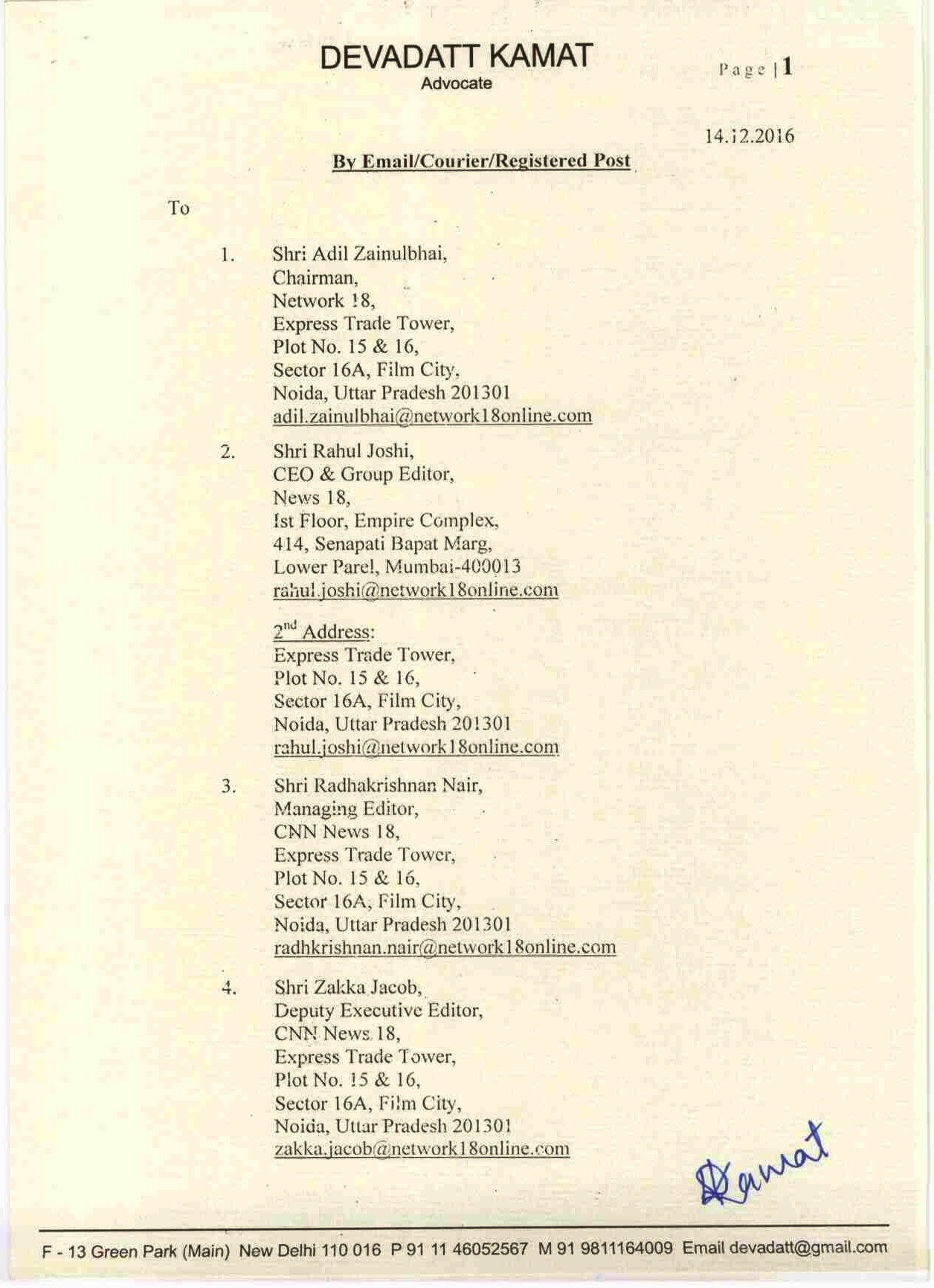 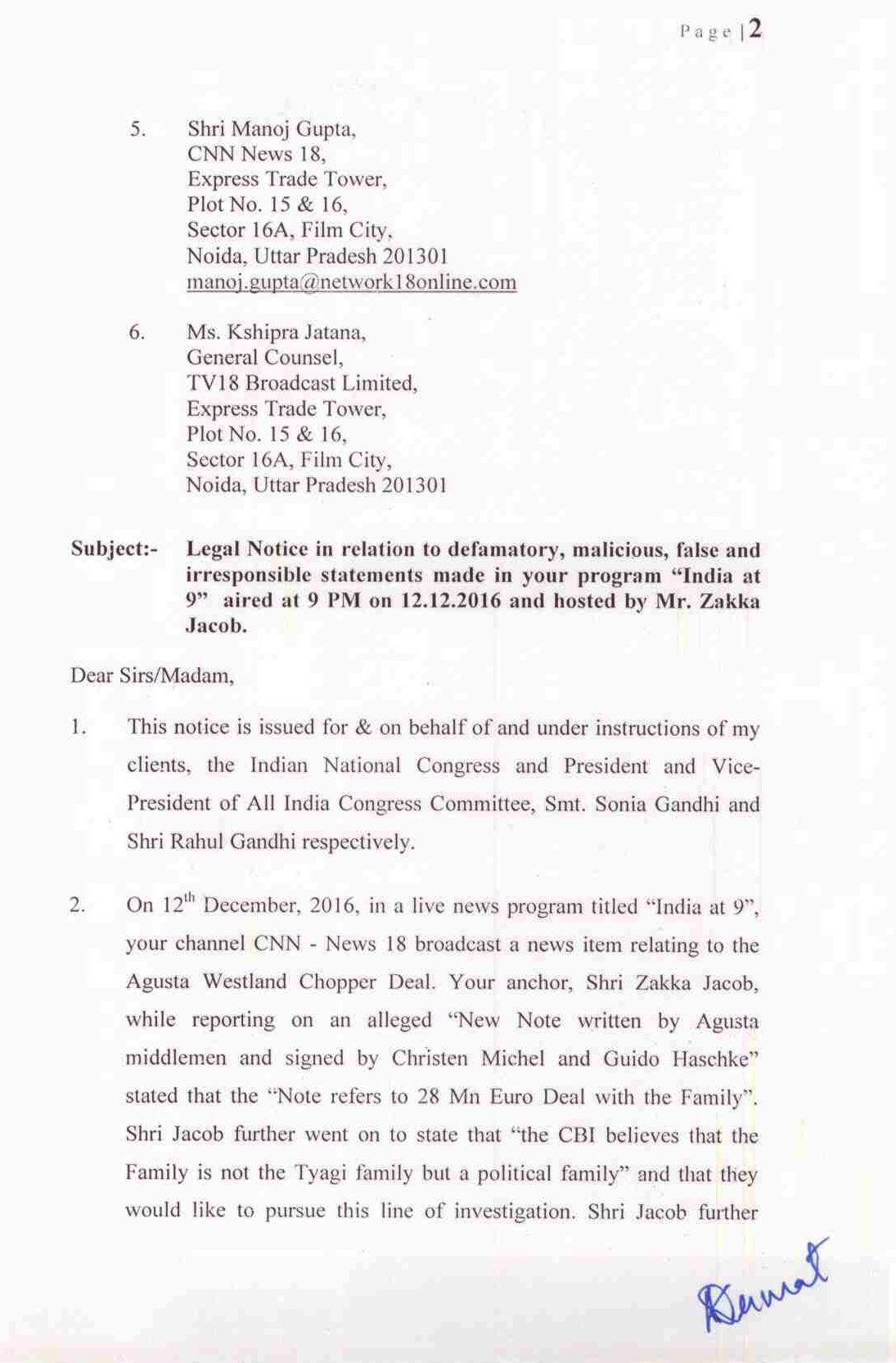 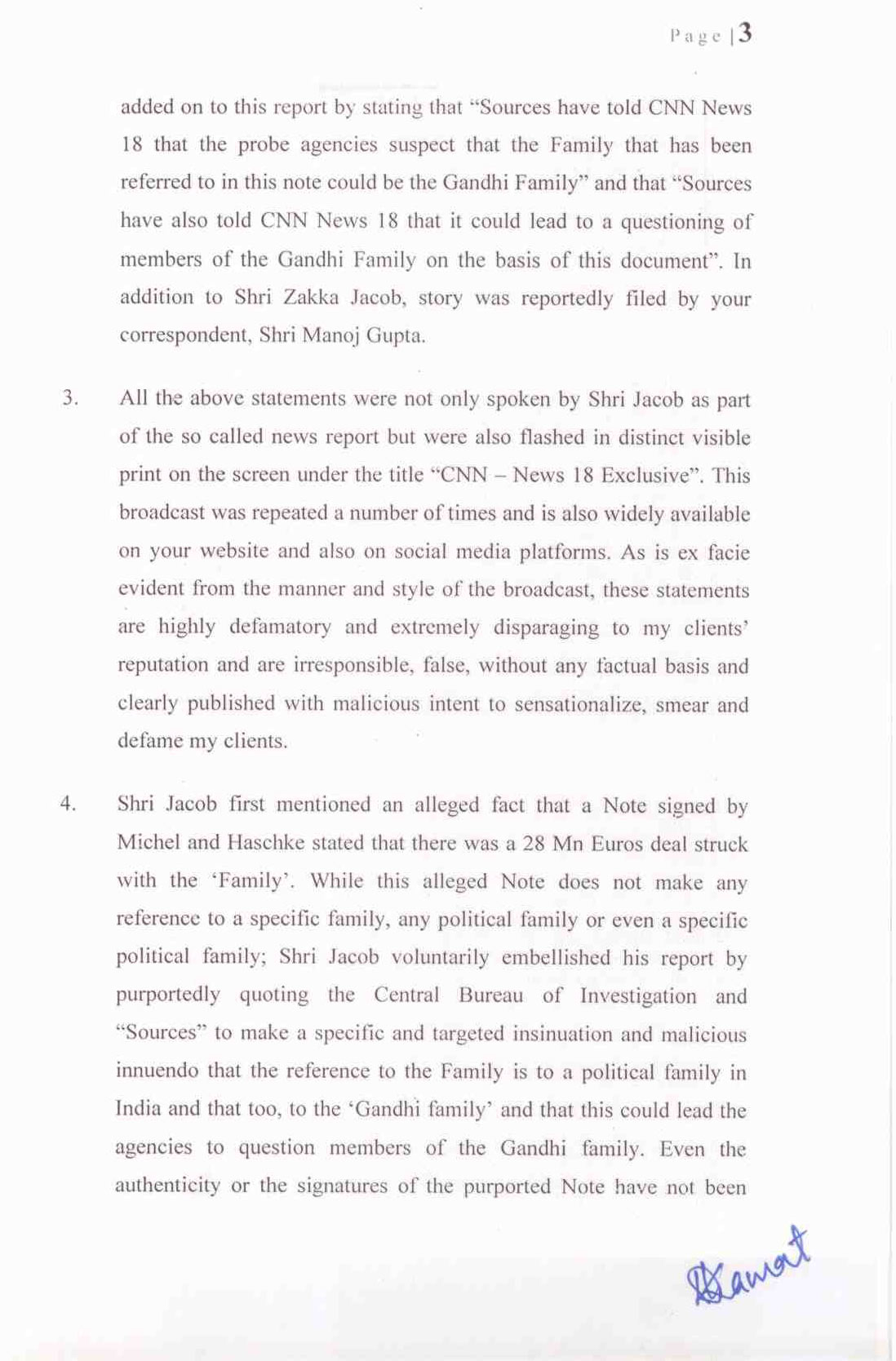 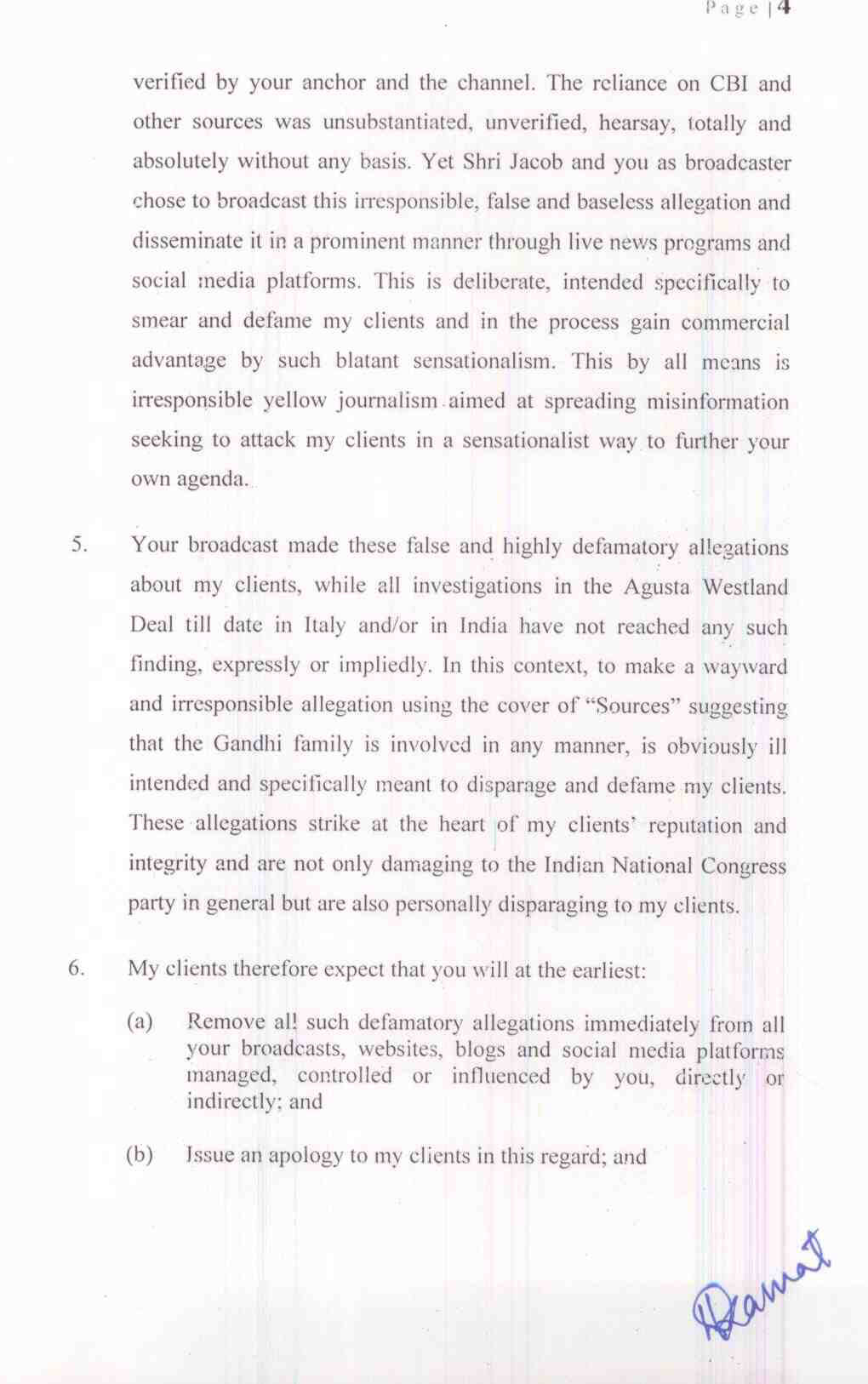 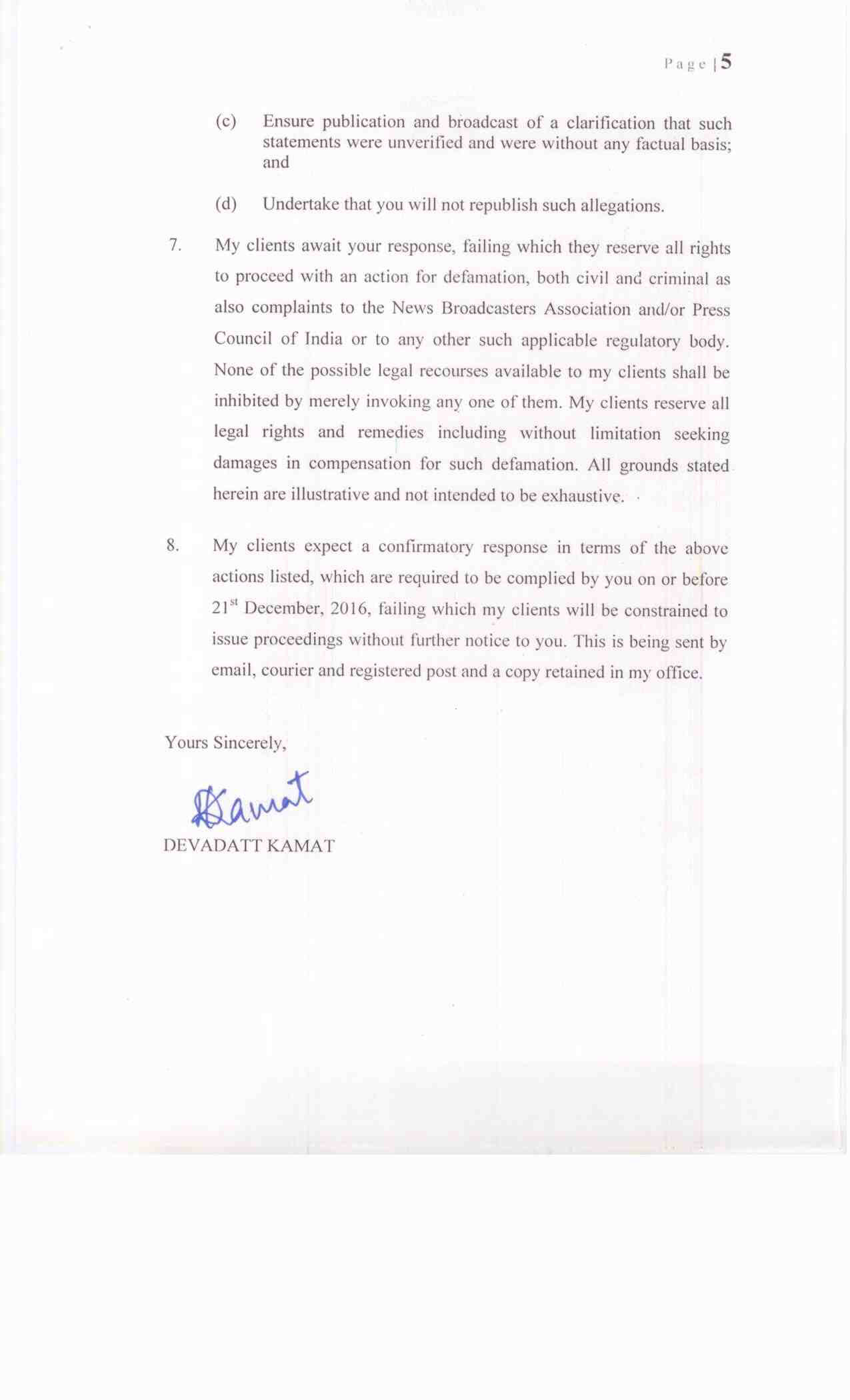