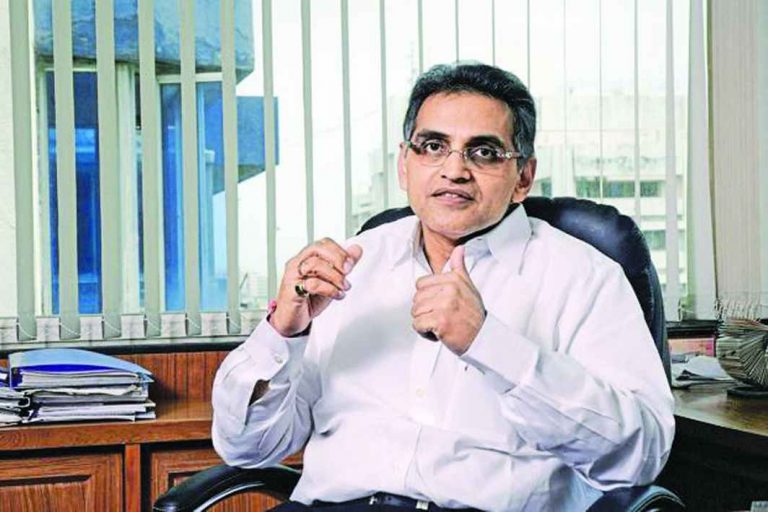 From a successful international diamond and gold jewellery company to being branded as wilful defaulters, the Winsome group has had an eventful run away from the glare of the media

For a man who is much wanted by the CBI and the Enforcement Directorate for defaulting on the
Rs 7,000 crore his company owes to Indian banks, Jatin Rajnikanth Mehta, the promoter of Winsome Diamonds and Jewellery Ltd, remains non-descript and elusive. Even the ED and the CBI which are investigating him have only sketchy details about his early life.

Jatin Mehta started out in the jewellery trade in Surat where he set up a partnership firm in the 1980s with his brother, Suraj, who later quit the business and left it in the care of Jatin. On September 10, 1985, the company was incorporated as a public limited company, Su-Raj Diamond (India) Limited. On October 31, 2001, its name was changed to Su-Raj Diamonds and Jewellery Limited and subsequently, to Winsome Diamonds and Jewellery Limited.

The firm was listed as an exporter, manufacturer and retailer of diamonds and jewellery. Its product range included gold, platinum and silver jewellery studded with diamonds, coloured gems and semi-precious stones. It also dealt in plain metal jewellery and cut and polished diamonds. The products sold in the Middle East, Africa, Europe and the US through a distribution network. The company had 13 distributors in the UAE alone. By 2012, it claimed a turnover of US$ one billion and was considered a success story.

What Winsome was doing was buying gold in the international market and converting it into jewellery in India and then selling it abroad. The company website spells out the strategy. “With the state of the art manufacturing facility coupled with high expertise of craftsmen the Company is able to create the finest jewellery exquisitely studded with sparking diamonds.” This is a business plan that has been tested by the diamond and gold merchants of Surat for decades.

But Winsome’s dream run was already souring. Trouble began to foment in 2011 when it raised
Rs 3,420 crore from a consortium of 14 Indian banks led by Standard Chartered. The following year, this figure rose to Rs 4,617 crore and by 2013, stood at close to Rs 7,000 crore. Indian banks had issued SLBCs (standby letters of credit) to the company.

Simply put, these were guarantees to bullion banks—Standard of South Africa, Standard Chartered London and Scotia Bank—which were supplying gold to Winsome on credit. The undertaking was that if the company failed to honour its committed payments, then the Indian banks would have to pay up for the bullion supplied.

Winsome began to fault on payments in 2013, claiming that it was hit by a financial shortfall caused by its 13 distributors in the UAE, led by Sharjah-based company Italian Gold FZE, which was owned by Haitham Sulaiman Abu Obaida, not paying US$ 700 million owed to the company. It was at this point that Standard Chartered hired the services of the New York-based risk management agency Kroll Advisory Solutions to look into the veracity of the claim of non-payment of dues made by Winsome. Its confidential report was subsequently a reference point in the CBI investigations.

The Kroll report, based on investigations and interviews in UAE and India, came to this conclusion: “Sources Kroll spoke to were unanimous in their view that Winsome’s claim that it was unable to repay the loans on account of non-payment by distributors is not credible. None of the sources that Kroll interviewed believe that Winsome provided such large-scale credit to distributors.”

So, where did the money or the gold procured from the bullion banks go? The Kroll report throws up a few possibilities. To quote the report: “Inquiries with sources (in India) suggests that it is possible that Winsome did not export gold jewellery to the UAE or Saudi Arabia in the quantities commensurate with its total receivables. Two sources Kroll spoke with said that Winsome was unable to repay its debt because the company’s investment in real estate and gold trading had failed to give adequate returns due to the falling asset prices in India and Dubai.”

The report lists some of the construction projects in which the bullion money may have been pumped in, which also includes one project of the Adani Group. In a nutshell, the allegation is that Winsome was only selling jewellery in the UAE on paper and was diverting gold and finances raised through banks to other projects.

Going by the records submitted to banks, over 80 percent of its jewellery export was to six companies based in Sharjah. Were these companies being used for “round tripping” or showing exports on paper? Last year, an expose carried by the trade journal, Diamond Intelligence Brief  (DIB), revealed that three of the UAE-based defaulters had been insured by the Winsome Group for years, establishing their close links with the company.

In fact, such “jewellery block insurance policies” are only entered into on behalf of group companies. The three distributors in question—Italian Gold FZE, Al Mufied Jewellery FZC and Al Alam Jewellery FZE—were thus insured for years. But their cover was suddenly discontinued a little before they began to allegedly default on payments to Winsome, which duly reported this to the banks. The group insurance policy was issued through the Driesassur Insurance Brokers in Antwerp, Belgium.

It is difficult to get a fix on the money owed by wilful defaulters as all the monies are not accounted for by banks. So, figures vary. Only the exposure of the two top defaulters—Kingfisher (Rs 9,000 crore) and Winsome Diamond Jewellery Limited (Rs 7,000 crore)— are known.

Other statistics that have come out pertain to a few banks. The debts of wilful defaulters must not be confused with NPAs which can be revived with fresh infusion of funds. Here is a list of defaulters compiled from various sources:

Winsome has been contending that it has been unable to repay loans because recovering monies from its distributors was difficult as they were third parties not directly linked to the company. Was the group insurance policy suddenly discontinued to facilitate this explanation? Chaim Even-Zohar, who publishes DIB, believes this was the case.

He told The Hindu: “The essential news is that all the defaulters that had been in existence before 2012 were insured in the block policy by Winsome Group and then, simultaneously and mysteriously, not renewed at the renewal time. The evidence is with the insurance brokers and underwriters.”

A report in the DIB confirms what the Kroll report had said about fake invoices and exports. According to the DIB, the UAE companies were “one room fronts” that did not have the manpower, space or facilities to store diamonds and jewellery. The journal concludes that the huge volume of business transacted by Winsome was only a sham meant for the account books.

Even though the case came to light in 2013, it was only in April 2017 that the CBI filed six separate cases against Winsome Diamonds and Jewellery Limited and its promoter Jatin Mehta for allegedly cheating three banks to the tune of Rs 1,530 crore. Evidence has to be gathered for the rest of the Rs 5,000 crore that banks have lost by way of unrecovered loans from the company.

There are many in the banking sector who believe that nothing will finally come of the case as Mehta is now a foreign citizen of a country with which India has no extradition treaty. Moreover, the promoter has very few assets which can be seized and sold. Winsome largely operated out of hired premises and there is very little property which personally belongs to Mehta. The seized assets so far are no more than Rs 172 crore—a miniscule amount when compared to the Rs 7,000 crore owed to banks.

In fact, the collateral offered by Mehta for the several bank loans he availed was no more than Rs 250 crore. The banks obviously did not exercise due diligence while loosening their purse strings. As for the CBI, it showed no haste in its investigations and allowed Mehta and his wife to flee the country. His escape though was a lot less dramatic than the one pulled off by Vijay Mallya.