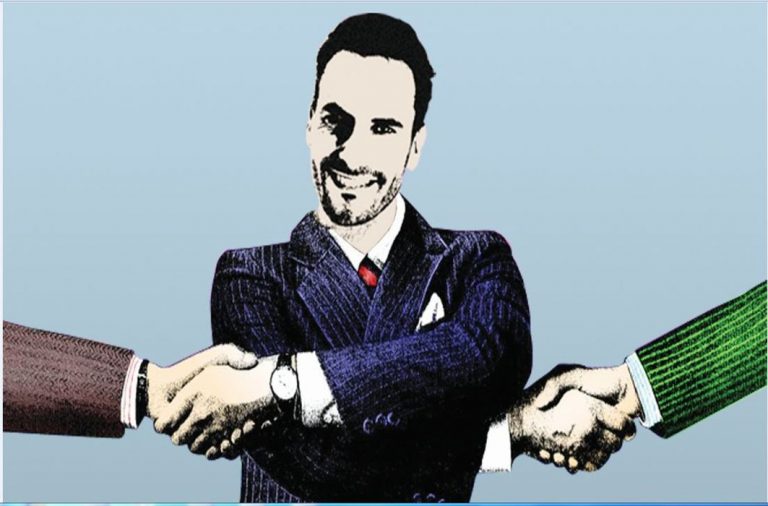 Arbitration and Conciliation (Amendment) Bill, 2018 aims to make India a preferred seat for resolving commercial disputes, quite on the lines of such centres in Singapore, London and Hong Kong, and makes amendments to the 2015 Act to fulfill this objective

~By Diljeet Titus and Rajesh Roshan

As per the World Bank’s Ease of Doing Business ranking for 2017, India fares badly on enforcement of contracts, with an average of 1,445 days taken for enforcement, placing the country at 164 in the global ranking on the Enforcing Contracts indicator. A huge backlog of pending cases and delays in Indian courts has acquired notoriety worldwide and it impedes economic growth and development as some investors have expressed serious concern in investing in India for this reason. It is therefore the need of the hour to have efficacious and viable alternatives to litigation.

Undoubtedly, arbitration is considered a good alternative and a better method to resolve commercial disputes in terms of flexibility, speed and cost-effectiveness. However, arbitration in India is anything but this and is often criticised for being slow, expensive and ineffective.

Arbitration in India is predominantly carried out on an ad hoc basis, wherein parties regulate and determine all aspects of the arbitration themselves such as the selection and manner of appointment of the arbitral tribunal, applicable law, procedure for conducting the arbitration and administrative support without assistance from or recourse to an arbitral institution.

In contrast, in institutional arbitration, the proceedings are regulated and administered by an institution, which has its own set of well-thought out rules to regulate the manner in which the arbitral tribunal is to be appointed and the arbitration to be conducted. Institutions typically have panels of experienced arbitrators specialising in areas like construction, maritime affairs, contract, trade, commodities, and so on. Institutions also provide support from trained staff who administer various stages of the arbitration and in some cases supervision in the form of scrutiny of awards. In all institutional arbitration, speed is of the essence as their rules invariably provide for tight time limits for the exchange of the parties’ pleadings, the main hearing and the publication of the final award. These time limits guide the arbitral tribunal and the parties in resolving the dispute speedily, even though the parties are free to agree to a more flexible timetable. Institutional arbitration has become the norm for commercial dispute resolution, particularly those involving international parties.

India’s journey to creating an arbitration-friendly eco-system and becoming a centre for international commercial arbitration has been and continues to be tedious and taxing. The existing arbitration institutions in India are not upto international standard and they remain in a nascent state, for various reasons such as lack of governmental and legislative support for institutional arbitration, rules and practices followed being often outdated and inadequate, non-upgradation of administrative and working style as they only provide hearing venues with basic facilities and lack more advanced facilities such as multi-screen video conferencing, audio-visual recording, court recorders, and so on. Most arbitral institutions provide little other than rudimentary physical infrastructure for arbitration hearings. Further, Indian arbitration institutions lack a uniform and efficient resolution procedure and fail to provide quick disposal of disputes. Therefore, parties are reluctant to approach them and prefer foreign arbitral institutions. In 2016, almost half of the cases administered by the Singapore International Arbitration Centre involved Indian parties, which makes the reluctance of parties to approach Indian arbitration institutions evident.

In an attempt to remedy such issues and to encourage parties to choose India as a preferred seat of arbitration, the Arbitration & Conciliation (Amendment) Act, 2015 (The Amendment Act 2015) was introduced, bringing key changes in laws relating to arbitration and other forms of ADR mechanisms. The Amendment Act, 2015 was essentially passed to make arbitration a more attractive mode of dispute settlement by making it cost-effective and encouraging expeditious disposal of disputes.

However, though the Amendment Act, 2015 was a step in the right direction it failed to address essential issues with respect to institutional arbitration and the applicability of the Act. Thus, further amendments were crucial to eliminate the ambiguities in the laws relating to arbitration and other forms of ADR mechanisms.

The Union cabinet on March 7, 2018, approved the Arbitration and Conciliation (Amendment) Bill, 2018 to be introduced in Parliament in the ongoing Budget session. This Bill, according to a government press release, is part of the efforts to encourage institutional arbitration for settlement of disputes and make India a centre of robust Alternative Dispute Resolution mechanism.

As per the press release, a high-level committee under the chairmanship of Justice BN Srikrishna, a retired judge of the Supreme Court, was constituted to primarily give a boost to institutional arbitration vis-à-vis ad hoc arbitration and to eliminate any practical problems in the applicability of the Amendment Act, 2015. The amendments proposed in the Bill are based on the recommendations of the report by this committee which was submitted on July 30, 2017.

The Bill is not yet public and is not available for a full review but the government in its press release has mentioned a few proposed amendments which would most definitely strengthen the existing laws on arbitration and other forms of ADR mechanisms as it addresses the practical shortcomings being faced by arbitrators and parties.

The Bill proposes the establishment of an autonomous statutory body called the Arbitration Council of India (ACI) to be presided over by a judge of the Supreme Court, a chief justice, a judge of any high court or any other eminent person. The primary role of the ACI is to grade arbitral institutions in India, accredit arbitrators by laying down norms and take steps to promote and encourage arbitration and other forms of ADR mechanisms. The ACI will also be responsible for maintaining uniform professional standards and an electronic depository of all arbitral awards. The ACI may further facilitate speedy appointment of arbitrators through arbitral institutions designated by the Supreme Court or the high court.

The creation of the ACI is a positive  step towards competing with other highly acclaimed international arbitrational institutions like SIAC, LCIA and HKIAC and will facilitate India’s emergence as one of the most effective and efficient arbitral seats around the globe.

The Bill also proposes to exclude international arbitration from the bounds of a timeline. It further provides that the time limit for an arbitral award in other arbitration should be within 12 months from completion of pleadings of the parties as opposed to 12 months from the appointment of the arbitral tribunal prescribed under the existing Act. This amendment creates unnecessary ambiguity in the said provision, as when pleadings are completed is arguable and subjective in nature.

The Arbitration & Conciliation (Amendment Bill) Act, 2018, does a commendable job in rectifying the lacunae in the existing laws relating to arbitration and other forms of ADR mechanism. The extent to which it successfully rectifies all ambiguities is still debatable as the complete text of the Bill is not available yet.