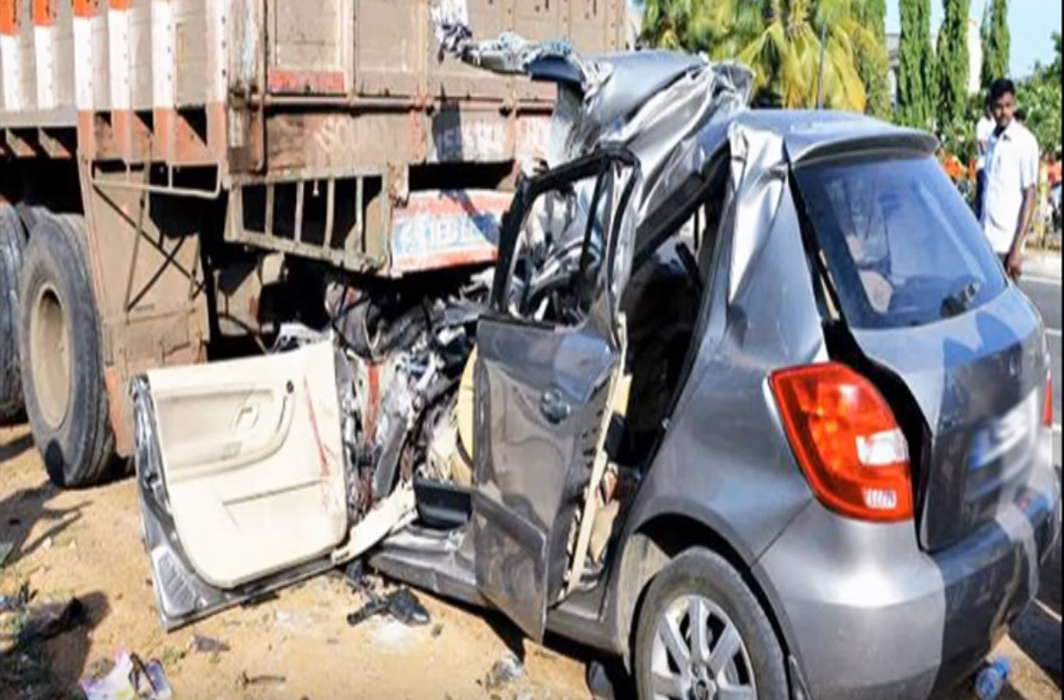 While waiting for the Supreme Court verdict on Aadhaar and its myriad linkages, different government agencies seem to have gone off the handle, recommending the linking of every other service to Aadhaar, with not a care about citizen privacy or data protection. The latest is a suggestion by a panel set up by the Ministry of Home Affairs, which, if implemented, could end up linking motor vehicle registration numbers with Aadhaar.

Apparently, this would be done to catch Maoists and catch culprits in hit and run cases. The first foes not even qualify to be a laughable matter, believing that Maoists, who have eluded security agencies for so long, would buy cars and attach their Aadhaar numbers to the car’s registration number, waiting to be identified. This must have been designed by a rather dense mind within the ministry.  If the ministry okays it, we would be made aware of the general intellect level of one of the most important ministries in our country today.

The second one mystifies the mind. Isn’t the motor vehicles department of our country equipped with a full databank/online registry of all owners of cars and all sorts of motor vehicles that need licences to operate? As it transpires, it does. That’s how hit and run cases are sometimes solved in this country, despite our pathetic law enforcement system. Linking Aadhaar would mean releasing biometric details of the owner when his/her driver has done a hit-and-run and it would be released to the eminently bribe-able police of our country (meaning, they would also be an authenticating agency). Think of the mayhem this would unleash on the common public.

Hence that the ‘novel’ idea of initiating this to try and improve road safety is, to put it mildly, not a bright one.

The panel’s recommendation hasn’t really spelt out linking Aadhaar to vehicle registration. According to a report, it has suggested that a Central Repository Body (CRB) be created at the top level of the Union ministry so that alleged culprits’ data can be accessed quickly. The idea is that Maoist attacks on highways and robberies will be tracked down with alacrity. This is as hair-brained as it gets.

The report quoted Delhi transport minister Kailash Gahlot as saying: “The linking of Aadhaar with motor vehicles can help in many things like hit-and-run cases or tracing vehicles but at the same time we are not sure if the current laws will permit mandatory linking of Aadhaar to vehicles.”

The fact is that India has several facilities and systems already in place to apprehend such cases. The problem is that none of these systems are made to work and there is neither the will nor the threat of legal implications that will drive people manning such systems.

The Centre has been on a wild goose chase for long, having earlier thought of the idea of linking driver’s licences to Aadhaar. This was an attempt to get fake driving licences out in the open. While this may be termed a good idea, the only issue is in Union Road Transport Minister Nitin Gadkari completely overlooking the fact that the nation already has an online registry of all vehicles registered, all driving licences issued. The matching of all such data is not carried out because of vested interests operating. Why not strengthen the already existing systems and not put biometric details out in the open?

The Supreme Court has said that all these fancy ideas be kept on hold till its judgment on Aadhaar is delivered. Meanwhile, these agencies and panels are trying to get out of their lotus eater categorisation with utterly useless ideas.