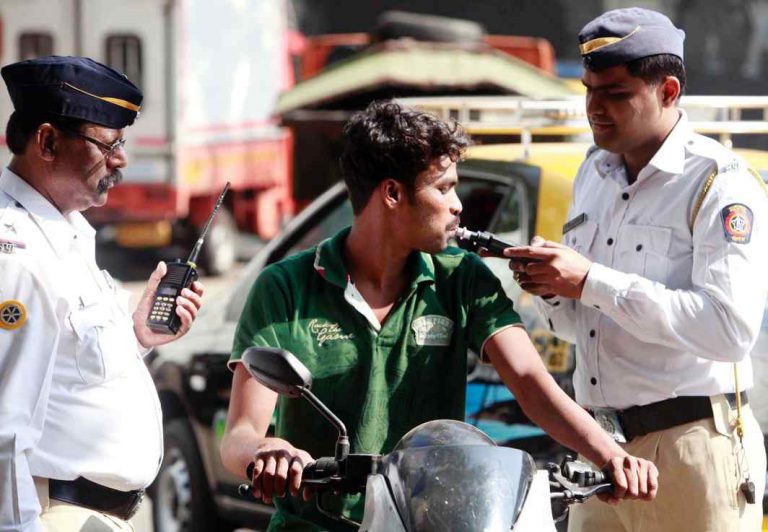 Above: Stringent implementation of the law and higher penalties for breaking rules should be the norm. Photo: UNI

Broken Window concept says that eliminating public disorder and smaller crimes such as traffic violations will reduce serious offences. It is time for India to take this route like other countries

Have you had a new, favourite dress which becomes dirty beyond a wash? Did you then use it for the messiest tasks—cooking, cleaning, gardening? It’s final fate? Being torn into smaller pieces to be used as a wiping cloth. Similarly, visualise a building with a few windows broken. You may regard it as “uncared for”. How would it then matter if a few more windows are broken? In time, a general malaise sets in and it would seem okay to litter around, put graffiti on the walls and pee in the corner. You might ask, what does this have to do with rape or traffic rules? It does.

These common human behaviours created an important, effective and global strategy to prevent crimes—quite literally called the theory of “Broken Windows”. According to this theory, eliminating public disorder and smaller crimes is what is required to keep people in check and reduce serious offences such as rape.

In India, it is time to apply the theory of Broken Windows to this crime, which otherwise is seen as a gender violence issue. Though rape is an outrage against the modesty of an individual, it is also a violation against the woman’s husband, her family and the community in which she interacts. Rape is not just a physical assault, but a psychological one too with the purpose to humiliate and re-enforce who is in power.

In yesteryears, wars, invasions and territorial acquisitions were often accompanied by loot and rape of the enemy’s property and its women. It was a tactic to humiliate the other and show power. Today, a similar war is waging. But this time, it is people’s minds. With greater aspirational levels, there is also a dangerous deficit between expectation and reality, between education and jobs, jobs and lifestyle, lifestyle and social acceptance. And rape could be the voicing of something deeper—a need to get back at other men, a demand from society that does not seem fair.

Several countries have moved to penalise smaller crimes. They are increasing measures to enforce a sense of public order and discipline through penalties for out-of-line action that common citizens are likely to commit in their daily life without any criminal intent in mind. These include routine responsibilities—traffic rule violations and behaviour in public such as smoking and littering.

While these countries do not have the strictest anti-rape laws, they do seem to have a high level of public order which is visible in their discipline, interaction between citizens, queuing up and general civic sense. These are countries where rape is low—Japan, Austria, Singapore, Switzerland, Luxemburg, etc. According to the Criminal Investigation Department of Malaysia, the country has been able to bring down its incidence of rape on children—an area that saw high criminal activity. In Vienna, according to the rules under the Vienna Convention on Road Traffic, the fine for speeding at above 40km/hr is close to Rs 12,000. The penalty for drinking and driving starts at a minimum fine of approx. Rs 27,500 and goes up.

Japan, too, has built a culture where it is a matter of public shame to be pulled up or be taken to a police station. If being talked about, written about and mocked for visiting a police station is not enough of a deterrent, Japan’s Road Traffic Act 2013 also regards merely splashing water on a pedestrian a crime enough to be punished. While the punishment for driving under the influence of alcohol or drugs is 12 to 15 years in jail, so too is giving false information about one’s medical well-being in order to drive, i.e. 15 years behind bars. In Russia, it’s illegal to drive a dirty car and in Germany, one can stop on the road only for an emergency. One can’t even stop if one is low on petrol because that is seen as driver negligence. In Spain, if you wear a vision-correcting glass, you could be fined for not carrying a spare; in Cyprus, taking one’s hands off the driving wheel too often even for eating or drinking can be penalised.

In India, not only have we come to regard these actions as acceptable, but according to the Motor Vehicles Act 2015, common offences like driving without wearing a helmet/seat belt/jumping a red light attract a penalty of just Rs 100. More serious offences like dangerous and reckless driving or speeding attract a penalty of  Rs 1,000, while the penalty for being under the influence of alcohol while driving is Rs 2,000.

This issue goes beyond our discipline behind the steering wheel to many other areas of public behaviour. In Greece, wearing high heels to visit a monument is also not permissible. Many of us will be familiar with Singapore’s ban on import of chewing gum or chewing in public except if it is for dental reasons or to get weaned off nicotine. Malaysia’s public smoking rules are among the strictest in the world—merely lighting up without smoking is an offence. Compare that to India’s anti-smoking law 2008, where a Rs 200-fine is implemented for public smoking.

Many experts would endorse a classical approach, i.e. the penalty must be commensurate with the crime. Or that punishments are unconstitutional if they are excessive and do not uphold emerging standards or decency. There have also been many discussions on the need for greater enforcement of our approximate 1,285 Indian laws.

It is time for India to prioritise both an increase in penalty and enforcement of laws which are implemented in our daily lives. With road traffic increasing, an important and effective way to start is by implementing traffic rules so as to bring about discipline and public order.

—The writer is an international development specialist