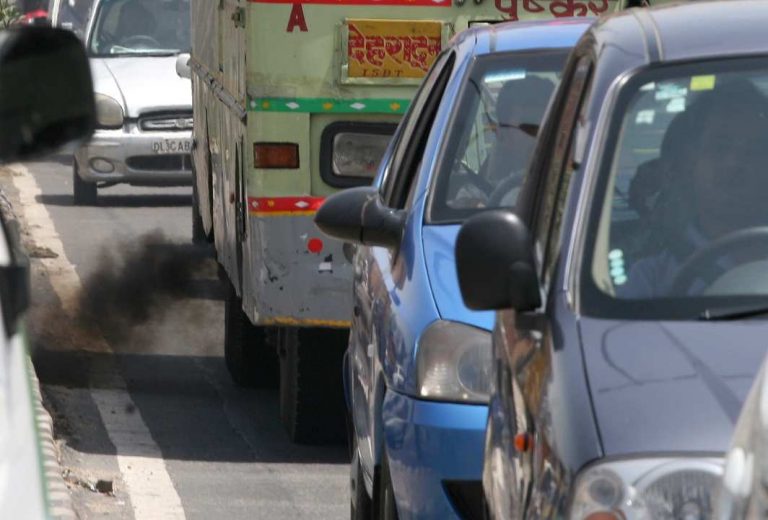 A ruling has asked auto manufacturers to stop selling BS-III vehicles from April. They have only themselves to blame as enough time was given to switch to BS-IV norms

Hold your breath. You might soon be able to breathe in less toxic air. In a landmark judgment, the Supreme Court asked auto manufacturers to stop selling Bharat Stage (BS) III vehicles from April as new emission norms will kick in. Only Bharat Stage IV vehicles can be sold.

A bench of Justices Madan B Lokur and Deepak Gupta brushed aside objections by the auto industry that it has a huge number of vehicles and it would be seriously dented if not allowed to sell them. The bench said that the health and well-being of millions of people were more important than the commercial gains or losses of the industry.

The auto companies were aware that new emission norms would come into force in April but they did not bother to upgrade their technology and move towards manufacturing vehicles that would adhere to the new norm. Apparently, it thought it would be able to persuade the Court to extend the deadline and most of the companies continued to manufacture BS-III vehicles when they should have stopped production.

And the government, instead of putting pressure on the manufacturers to systematically slow down production, was pleading with the Court earlier to permit companies to sell their existing stock of BS-III vehicles. The manufactures told the Court that they had stopped manufacturing BS-III vehicles from March and its order would result in them suffering losses to the tune of Rs 12,000 crore as they were now stuck with a junk inventory of over eight lakh vehicles.

Petitioner MC Mehta, who has fought many environmental battles in court, told India Legal: “The government should be concerned about the health of the people and not try to protect the narrow interests of the manufacturers who just look at profit. The government should have done this long back instead of waiting for a court order. It should be driving change and not the court.”

Appearing for the Society of Indian Automobile Manufacturers (SIAM), senior advocate AM Singhvi pleaded that the companies be allowed to dispose the existing stocks in seven to eight months. The Court turned it down.

These vehicles will have to be upgraded to be sold in India or have to be exported. It is only Bajaj Auto which pushed for new emission norms along with green lobbies. Said Mehta: “India cannot be a junkyard of obsolete technology which developed countries are forcing on it. While they opt for cleaner technology, they push old models into India.”

The government told the Court that earlier, manufactures were allowed to sell their stocks when new emission norms came in 2005 and also in 2010. But the Court refused to listen to them. Appearing for Hero Moto Corp, senior counsel KK Venugopal, pleaded that the company should not be punished for holding old stocks and should be permitted to sell them.

The Court agreed with amicus curaie Aparajita Singh who pointed out that if the old vehicles were allowed to be sold, they would be running around for another ten to 15 years and contributing to the pollution load of already deteriorating air quality. After all, she said, these companies were well aware that the new norms were coming in and they should have moved to the new norms.

Anumita Roychowdhury, executive director, Centre for Science and Environment, which has been lobbying for new emission standards and strict implementation of air pollution laws, said: “This is a significant step forward and the lesson to be learnt is that the automobile industry will have to walk the extra mile to address concerns about public health and not weigh down the transition by taking a narrow technical view. As many as 20 million vehicles are registered in a year. Most companies did not slow down the production of BS-III vehicles. There was no proactive strategy in place to prepare for this transition.”

Even in January and February this year, auto manufacturers continued churning out vehicles with old emission norms. SIAM says that this was because sales are always high in the first few months of the year, which confirms that there was no conscious effort to shift to BS IV. In January 2016, Leyland produced 10,935 vehicles, while in January 2017, it produced 11,563 vehicles! The Supreme Court-mandated Environment Pollution Control Authority had clearly indicated in October 2016 that new registrations of these vehicles would not be allowed beyond March 31 this year.

The only manufactures who quickly followed the new norms were Maruti Udyog Ltd, Toyota, Hyundai, General Motors and the leading two-wheeler manufacturer, Bajaj Auto Ltd. The refinery sector has already made enormous investments to improve their technology and upgrade the fuel quality to BS-IV from April 1, 2017.

The transition from BS-III to BS-IV is critical as it leads to substantial reductions in particulate matter emissions. For instance, for new trucks, the emissions can dip by 80 percent and from cars by half. Similarly, hydrocarbon and nitrogen oxide emissions—a big concern from two-wheelers—can reduce by 41-80 per cent depending on the engine size. It was a decision that had to come.

The Court has sent out a clear message. It is now for the government to do numerous things to cut down the extremely high levels of pollution in Indian cities.