Pakistan is perhaps the only country that extended the lockdown in the wake of Covid-19 for another two weeks and yet opened all sectors with the exception of a few. It is business as usual. Shops and other establishments have opened and normal traffic can be seen on the roads. This gives the impression that Pakistan Prime Minister Imran Khan is confused and clueless.

Like US President Donald Trump and UK Prime Minister Boris Johnson, Khan has not taken the threat of this pandemic seriously and opposed the lockdown, fearing that it would strike a body blow to the economy, which is already severely strained.

Terming Covid-19 a flu, his theory was that 90 percent of the people who get infected recover within a few days. If the virus spreads, it is the elderly and weak who will suffer and go to hospitals. Khan has failed to gauge the severity of the crisis and this is evident in the rising numbers. In the last week of January when Pakistan refused to evacuate its students from Wuhan, the epicentre of the virus in China, there were no cases in the country. But today, Pakistan has more than 8,000 cases and the number is surging.

Most commentators blame it on Khan’s amateurish approach and wrong advice given by the business tycoons who populate his cabinet as advisers. Senior political analyst Najam Sethi reportedly said that from day one, Khan was against the lockdown as he thought it would ruin the economy. He argued that a lockdown would severely hit the poor as 25 percent of Pakistan’s population is below the poverty line. Calling the extension of the lockdown as “drama”, Sethi said except for educational institutions and public transport, everything else was open. This included the construction industry (cement shops, brick kilns, crushing plants, bitumen and prefabricated construction materials), chemical and manufacturing plants, plant nurseries, e-commerce, software development and programming, paper and packaging units, cement and fertiliser plants, mines and minerals, laundry services, agriculture machinery/equipment manufacturing plants, glass manufacturing, veterinary services, stationery and book dealers and all export industries.

Questioning the wisdom of opening plant nurseries, laundry services, stationery and book shops, glass manufacturing and veterinary services, Sethi said it had made a mockery of the lockdown and social distancing. Such services cater to the middle and upper-middle classes and are not essential.

Khan’s biggest gamble is based on projections which said that Covid-19 would hit a peak around April 25, resulting in 50,000 infections. Admitting that the cases will increase, he said the peak had now moved to May 25 and by April 25, cases could reach 13,000-15,000. He said the present medical and health infrastructure was capable of handling this, adding that by the time it reached its peak, the government would acquire more facilities to deal with it.

Supporters of the lockdown said this was a flawed assumption as Pakistan with a population of 22 crore has tested only about 60,000 people. Mohammed Rizwan, a Toronto-based journalist of Pakistani origin, told India Legal that Pakistan was in no position to impose a complete lockdown given the serious cash crunch and economic slowdown it was facing. “Neither does it have the resources nor the medical infrastructure to deal with the pandemic. It is already pleading for debt relief from international agencies, which it might get. In such a scenario, the government has decided to open up the economy, overlooking the human cost (deaths) the pandemic may inflict,” Rizwan said.

To complicate matters, Khan’s disdain for the Opposition hasn’t softened. He did not call a meeting of all parties nor did he consult them in this time of national crisis. However, Sindh chief minister Murad Ali Shah, who belongs to the Pakistan People’s Party, stole a march over the PM and announced a strict lockdown for three weeks. Its government closed all marriage halls, shrines and cinemas and established a quarantine room in each district, and 12 isolation centres and two separate hospitals to deal with the coronavirus. Shah’s biggest success was that he took religious scholars into confidence on the issue of congressional prayers and urged people to pray at home. Even before the federal government could come up with a relief package, Sindh announced a Rs 580-million Corona Emergency Ration Package for the distribution of food items to daily wagers. It also allocated Rs 20 million to each district and released Rs 569.6 million from the provincial Zakat Fund Account. This allowed 94,934 families to get an amount of Rs 6,000 each. District commissioners were directed to deliver the food rations to people’s doorsteps.

As the media hailed Shah for his proactive approach, the PM’s discomfiture grew and he unleashed a tirade against the Sindh government, with government spokespersons saying its measures were adversely affecting the poorest of the poor. What triggered a war of words between Sindh and the federal government was Shah announcing that his province would enforce a complete lockdown for the third consecutive week as Covid-19 cases showed no respite. This, after Khan had relaxed the lockdown.

Senior Pakistani journalist Mohammed Ziauddin told India Legal: “One can go without food for days together and closed businesses can be revived, but you cannot bring back a life that has passed away due to Covid-19. But in a country like Pakistan where population density is high, it is almost impossible to enforce complete lockdown. Therefore, one cannot fault the prime minister for trying to revive the economy or the Sindh CM for stricter enforcement of a lockdown.” He said there was also a lack of enough doctors, nurses, paramedics, hospital beds, masks and PPEs, testing kits and testing capacity in Pakistan. “Imran Khan cannot be blamed for this but past governments, including military ones, are partly to be blamed. However, the challenge is so great that even the capacities of developed countries such as the US and UK simply collapsed. So no matter what we do, it would be inadequate. But perhaps Khan and Shah, with their respective modes of action, have brought some kind of balance between public and economic health,” Ziauddin said.

However, lockdown or no lockdown, prayers continued in mosques throughout Pakistan. Many cases have been registered against Maulana Abdul Aziz of Lal Masjid in Islamabad for violating the ban on Friday congregations but no firm action like sealing the mosque or arresting Aziz was taken. With the impending Ramadan, the government finally bowed to the demand of religious leaders to “conditionally” allow congregational prayers in mosques, including Friday, and special Taraweeh (evening) prayers during the holy month of Ramadan which begins next week.

A consensus was reached after Pakistan President Arif Alvi held a video conference with religious leaders of different sects and a 20-point guideline was agreed upon. This includes keeping six-foot distance between worshippers, removal of carpets, disinfection of mosque floors and barring people over 50 years and children in mosques.

Pakistani lawyer and analyst Babar Sattar said that given the number of mosques in Pakistan, it would be difficult for the government to monitor whether these SOPs were being followed. Secondly, he asked, what action would be taken against those mosques violating this order. Also, the government had lost the moral right to impose strict conditions for mosques when it had opened all sectors.

Meanwhile, after getting flak for spreading the coronavirus in India and Malaysia, religious organisation Tablighi Jamaat also faced the heat in Pakistan for going ahead with its annual congregation at Rai­wind, a small town in Lahore, on March 20. Approximately 70,000-80,000 people, including 3,000 foreigners, attended it.

It is better to be safe than sorry and ill.

The Pakistan Supreme Court has taken the government to task for the way it has handled the pandemic. Continuing the hearing of a suo motu notice pertaining to the federal and provincial governments’ response to the Covid-19 crisis, Chief Justice Gulzar Ahmed on April 20 expressed dissatisfaction over the lack of “transparency” in government steps.

The five-member bench said that the centre had doled out more than Rs 9 billion to provinces and added: “Monitoring should be done of what the provinces are doing with the money.”

Incidentally, it was only recently that a five-member bench of the Court had criticised the federal government for mishandling the pandemic crisis and called for the removal of Zafar Mirza, the prime minister’s special adviser on health.

Justice Bandial, a member of the bench, said: “Monitoring does not affect provincial autonomy. Monitoring is also a form of an audit.” The chief justice said that the Zakat and charity money given to the government by the people “is not for TA&DA (travelling allowance and dearness allowance) or foreign tours”. “Zakat money cannot be used for office expenses. How can charity money be used to give salaries of officials?” Justice Ahmed asked. The government itself should give salaries to officials, he said, and added that the director general of the Baitul Mal (a charity and social welfare organisation) was also receiving his salary from the Zakat fund.

In response, the secretary told the Court that there were 16 quarantine centres in Islamabad, which included hotels. The chief justice asked him if he had visited the facilities. When he replied in the negative, Justice Ahmed directed him to visit all the quarantine centres across Islamabad. He said that none of the provinces or departments had submitted reports “based on transparency”.

The Punjab advocate general told the Court that his provincial government was distributing relief money to those whose income had been affected due to the lockdown through EasyPaisa. Justice Ahmed pointed out that the details of the money spent were not mentioned in the report. The bench also grilled the Sindh advocate general over details of the money spent on ration bags which were distributed among the lower-income people. The Court wondered how the Sindh government distributed ration bags worth Rs 1 billion without anyone knowing about it. “Sindh government hands out pictures to media for the smallest things,” the chief justice said. 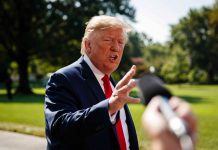