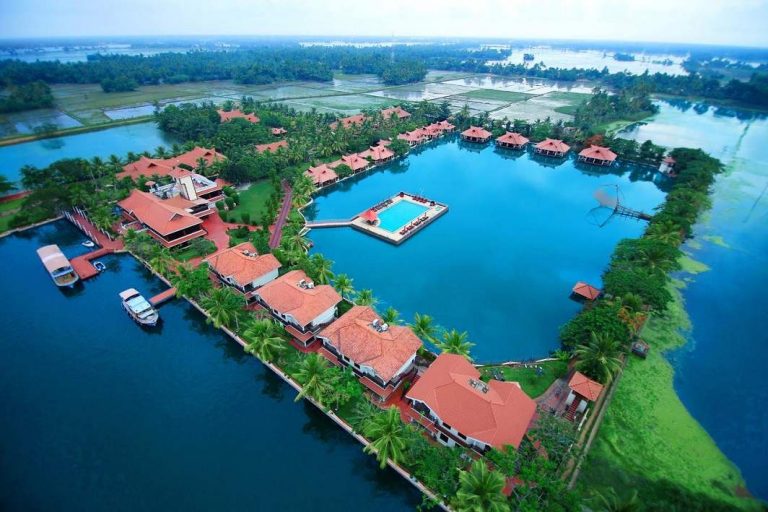 Above: Thomas Chandy is accused of encroachment related to his Lake Palace Resort/Photo: t-ec.bstatic.com

In a move that has raised many questions, some judges of the Supreme Court have recused themselves from a case where a politician has allegedly grabbed government land and converted it into a resort

While Kerala’s former transport minister Thomas Chandy has been the talk of town for the sheer audacity with which he has encroached on government land, what adds intrigue to the case is that three senior Supreme Court judges have recused themselves from hearing his Special Leave Petition (SLP). The final judge to step out of the case was Justice Kurian Joseph, one of the four judges who raised the banner of revolt against Chief Justice Dipak Misra last month.

The SLP filed by Chandy, who is from the NCP, first reached the apex court bench of Chief Justice Misra and Justice AM Khanwilkar. When Justice Khanwilkar recused himself for reasons not known, the CJI, who is also the master of the roster, moved the case to the bench of Justices RK Agarwal and AM Sapre. It is here that matters took a strange turn.

Chandy produced a letter signed by his lawyer and Congress MP Vivek Tanka on December 13 before the registrar of the Court citing “personal reasons” for the lawyer’s unwillingness to present the case before Justice Sapre. “Usually this happens when judges or lawyers avoid hearing or presenting cases citing a relationship between them or other reasons. But this was an unprecedented situation where the petitioner himself is requesting the Court that his case should not be heard by a particular bench and produces a letter for the same,” said advocate Harish Vasudevan, a lawyer practising in the Kerala High Court and a noted environment activist.

The letter submitted by Chandy created quite a stir among lawyers as a section believed that it should have been left to Justice Sapre to decide whether he wanted to recuse himself or move the case to another bench rather than the petitioner taking the initiative.

By January, the case came up to the bench of Justices Kurian Joseph and Amitava Roy. On January 19, when the case was taken up, Justice Joseph recused himself and the case got adjourned. No reason was given.

RTI activist DB Binu told India Legal: “Judges recuse themselves from cases as per their whims and fancies. They should give a valid reason for this. Otherwise, one can start doubting the transparency of the judiciary.” Senior lawyers say it is not binding on judges to give a reason for recusal, though it sets a wrong precedent. “This practice has to change and evolve lest people start losing faith in the judiciary,” said senior lawyer Ajakumar.

Chandy is known for his controversies. The most recent one surfaced after a vernacular news channel exposed how this Kuwait-based businessman-turned-politician with a resort in Alapuzha, Lake Palace Resort, encroached on large areas of the famous Vembanad lake. The resort is a famous haunt for many politicians in Kerala. More investigations revealed that even the approach road to the resort was made by Chandy on government land. All the while, he has claimed that he was not the owner of the land in dispute and that he had not encroached it.

Supported by Chief Minister Pinarayi Vijayan, the minister went on to make a statement inside the state assembly that not an inch of land had been encroached upon by him and it was all a fictitious creation of the media. But these claims were dismissed when the Alapuzha district collector in a report clearly mentioned that Chandy had indeed encroached upon government land and it needs to be reclaimed.

This is where Chandy’s plans went haywire. He submitted a writ petition before the Kerala High Court requesting it to quash the report against him. The news generated so much political heat that the state government had to finally ask him to step down.

The resignation came soon after the Kerala High Court on November 14 rejected Chandy’s writ petition. It made a landmark observation: “A minister while holding such a position cannot invoke the extraordinary writ jurisdiction contained in Article 226 of IPC, requesting the court to impunge the actions initiated by the government.”

Justices Devan Ramachandran and PN Ravindran also came down heavily on the state government and wondered whether the state cabinet had also lost its collective responsibility by allowing one of its own ministers to file a case against his own government.

Chandy finally stepped down from the cabinet and decided to take the fight to the Supreme Court. But with one recusal after another, his battle refuses to take off.

Meanwhile, Chandy is biding his time. AK Saseendran, the only other MLA from his party was re-inducted into the cabinet after a court exonerated him of charges of sexually harassing a woman over the phone.

Will Chandy get lucky too?