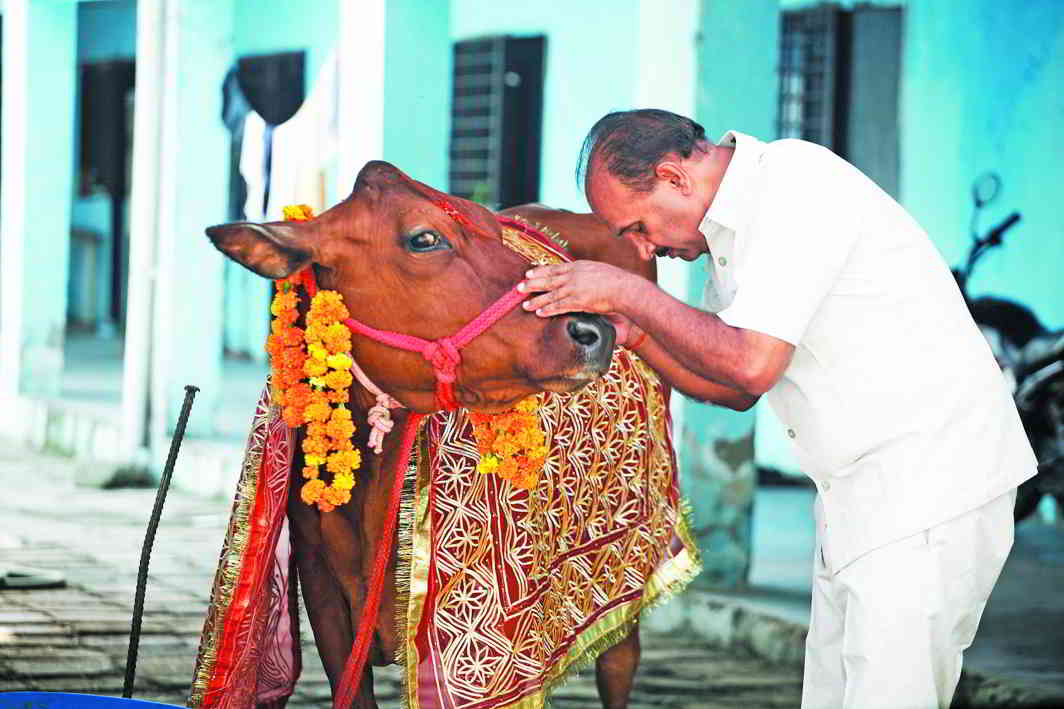 The cow has once again reared its head. A recent notification of the Union Ministry of Environment, Forest and Climate Change (MoEFCC) over banning the sale of cattle for slaughter in animal markets nationwide has created a furore and led to political acrobatics by various parties and states. While Kerala and West Bengal say this is an attack on federalism, others such as Rajasthan have supported the move.

The BJP has quite clearly been caught on the wrong foot here and is taking shelter behind legalities. The row even forced Finance and Defence Minister Arun Jaitley to give a legal-technical response. He said the notification did not have anything to do with the slaughter of cattle, and therefore, there was no question of the centre encroaching on the territory of states. This was a clever attempt at deflecting the raging controversy over beef-eating in states.

Meanwhile, the Congress took a rather ambivalent stance on this issue, taking a pro-cow, but anti-BJP stance, an indication of how politically sensitive the issue is. The CPM declared: “The notification… is an atrocious attempt by the Modi government to give legal cover for its wholly communal and divisive agenda to impose a diet code on the country.” CPM member Tapan Kumar Sen said that the cow is a non-issue—to distract attention from basic issues.

The strongest protest has come from Mamata Banerjee and the Trinamool Congress. Trinamool member Saugata Bose said this move was an attempt to encroach on the constitutional rights of states. “Bengal will completely refuse to take directions from the centre. The people of Bengal will reject it.”

Meanwhile, DMK Tiruchi Siva described the move as “a violation of the Fundamental Rights of the people”. He said it was a “wrong move” and would backfire on the BJP. Senior JD(U) leader Sharad Yadav said “cow politics would not get the BJP any advantage”.

The judge who recommended national animal status for the “holy” animal 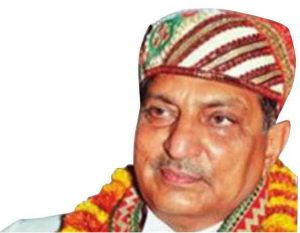 Justice Mahesh Chandra Sharma of the Rajasthan High Court made national headlines on his retirement day, May 3, for a 139-page judgment in which he gave directions that the cow be declared a national animal. As if that was not enough, he followed it up by sharing with reporters that the peacock is a celibate and that the peahen lays eggs after “pecking on the tears” dropped by the male bird. It is because of its life-long celibacy, the judge said, that the peacock’s feathers are worn by Lord Krishna on his forehead. He said this is the reason the peacock is India’s national bird.

So, what does the celibacy of the peacock have to do with the cow? Well, Justice Sharma gave this rather involved comparison: The very same Lord Krishna who gave the peacock’s feather the pride of place on his forehead also revered the cow. In fact, when he came to earth, he brought a cow with him to Vrindavan knowing that its milk is medicinal and can cure all diseases. “He knew that it could suffice for doctors and surgeons,” the judge explained to the media. So, if the peacock was declared the national bird, it naturally follows, he argued, that the “holy” cow should be declared a national animal.

The verdict he pronounced on his last day in office that brought him so much, attention was caused by a PIL filed before his court about the ill-treatment of cows in the Hingonia Gaushala in Jaipur. Interestingly, the petition nowhere requested national animal status for cows but the judge suo motu recommended it, advocating life sentence for those who slaughter the animal.

In fact, in his 20 points recommendation to the state, the judge also said that the advocate-general and chief secretary of Rajasthan be made the guardians of cows. He later told the media that his recommendations are the voice of his soul and that he is a devotee of Lord Shiva who respects cows.

For a judge who courted controversy at the very end of his career, the 62-year-old Justice Mahesh Chandra Sharma, had a rather low-key beginning. He completed his law from the University of Rajasthan in 1978 and enrolled as a lawyer on January 7, 1979. Civil, criminal, constitution and revenue were his areas of specialisation. As an advocate, Sharma slowly developed his reputation as a lawyer and had a roster of high- profile clients, including the Maharaja Sawai Man Singh Trust-City Place, Jaipur, Shri Sheela Mataji Trust, Jaigarh Public Charitable Trust, Hindustan Times and Rajasthan Patrika. He also served as the state’s additional advocate-general between 2000-2003, prior to being elevated as a high court judge in 2007.

In his 10-year tenure as a High Court judge, Sharma presided over controversial cases, including the defamation case against Narendra Modi—then Gujarat CM—over his remarks about Jawaharlal Nehru, the Dara Singh fake encounter case, and a land case against Rajasthan Chief Minister Vasundhara Raje. He acquitted both the CMs in their respective cases.

So, what are the judge’s post-retirement plans? While there are speculations that he will join politics, he says that it is the last thing on his mind. “I will devote my time worshipping gods,” he told reporters. He also hopes to practise as a lawyer in the Supreme Court.

Most opposition parties such as the Left in Kerala and the Trinamool in Bengal are keen to turn this fight into a constitutional battle over the rights of states as against that of the centre, which is at the heart of the federal structure of the constitution. Federalism has been an essential part of the BJP’s political credo. Prime Minister Narendra Modi coined the word “cooperative federalism” to emphasise that the party did not believe in an imperious central government as did the Congress. However, if parties such as the TMC turn this fight into an issue of states’ rights, then the BJP would be forced to the wall. That was the reason for Jaitley’s calibrated and legalistic approach to the issue.

This perceived “ban” on beef has led to a slew of writ petitions across the country. In the Madurai Bench of the Madras High Court, a petition contended that the centre could not make rules about cows because animal husbandry was a state subject, and this was an attempt to interfere in people’s eating habits, especially those who eat beef. The Court issued a stay. However, the Kerala High Court dismissed a PIL by saying the central government’s new rules did not impose a ban on the eating of beef. But it was a Rajasthan High Court judge, Justice Mahesh Chandra Sharma who enjoyed his moment in the sun when he reacted to a PIL filed by Jaago Janata Society on November 22, 2010, against the neglect of cows in Hingonia Goshala (see box). Though the case has nothing to do with the new rules, Justice Sharma’s quixotic comments grabbed media headlines.

The central government and the BJP are not in a hurry to issue clarifications and clear the air raging around this controversy as it has immense political advantages. On the other hand, critics and political opponents feel beef is an issue which would help them nail right-wing Hindutva politics. Rules regarding cows are so convoluted that the government can actually argue with a straight face that there is no attempt to ban beef. But it is clear that there are enough hurdles in the politics of the cow. Rabble-rousers, meanwhile, will milk the situation for all its worth rather than read the fine print of the rule-book. After all, the cow does serve many purposes.