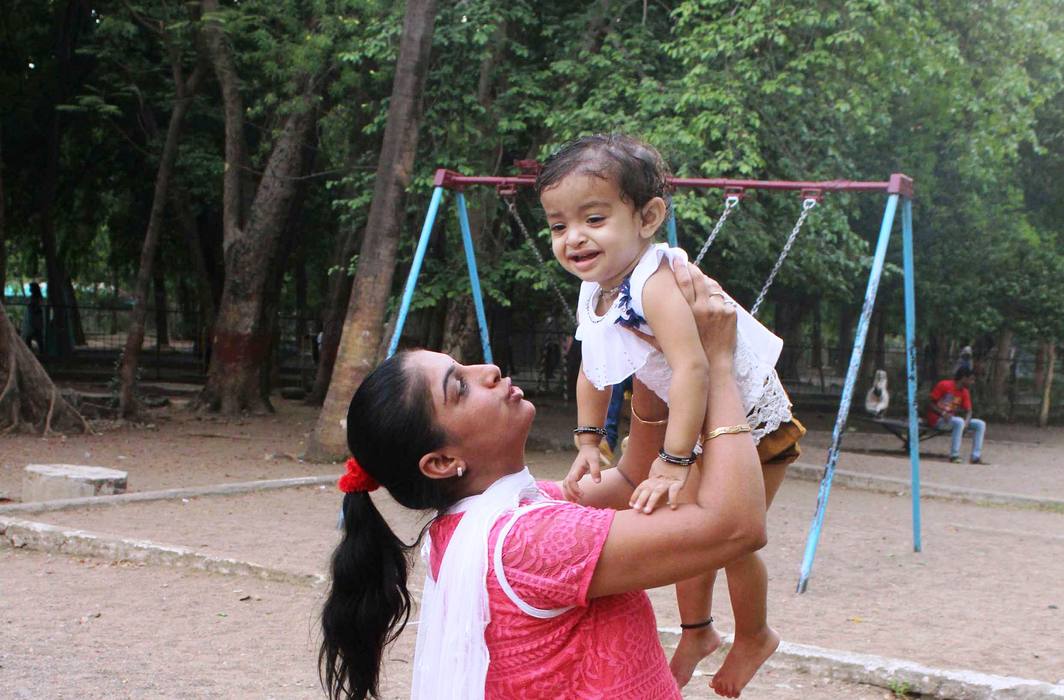 Above: The suggestions of the NCW will benefit single mothers/Photo: UNI

Women are the natural guardians and they should be recognised as such. The National Commission for Women (NCW) recently recommended to the Union Ministry of Women and Child Development that laws pertaining to guardianship rights should be reviewed and amended. Viewed as a move to shake the roots of patriarchy, these steps are, if anything, long overdue, and if and when passed, will be a definite win for women in India.

Section 6 of the Hindu Minority and Guardianship Act, 1956, stood out during the consultation. It states that if a child is born to a wedded couple, the father becomes the natural guardian. The mo­ther’s right comes only after him. However, in case of a child born out of wedlock, the mother gets the natural guardianship followed by the father who has no legal accountability or responsibility.

The mother gets the custody of the child until five years, in case of a separation or dissolution of the marriage, after which the child’s preference is considered.

Stating that the provisions of Section 6 of the Hindu Minority and Guardianship Act is in direct conflict with equality rights enshrined in Articles 14 and 15 of the Constitution, the NCW called for granting equal guardianship rights to both the parents. According to the Commission, this would provide recognition and respect to single and abandoned mothers and rape survivors with children.

This, combined with the recommendation to remove the word “illegitimate” from Section 6(b), is seen as a push towards gender equality. No child is illegitimate, according to NCW, keeping in view the rights of a child.

India is a signatory to the United Nations Convention on Rights of a Child, which gives every child an equal right. Removing the distinction between “legitimate” and “illegitimate” attached to a child’s identity would be a very big step, feel experts.

“I welcome the move by NCW in recommending that women should be given equal guardianship rights across all personal laws and the Guardians and Wards Act,” said Flavia Agnes, a women’s rights lawyer and co-founder of Majlis, a law centre in Mumbai which provides legal services to women and children, to India Legal.

“The stigma attached to an unwed mother needs to go. She is the sole guardian of her child already, but there is social stigma against both the mother and the child. A change in law is the first step towards doing away with social stigma and will send a clear message,” she added.

Her opinion resonated with other child rights’ activists. “All laws should ensure equality and the recent recommendations to amend the Hindu Minority and Guardianship Act is a positive move towards it. Amending acts is a small yet important step towards ensuring equality. Currently, a huge number of children are abandoned as they are born out of wedlock.

“Our societal support system and customary norms discriminate against such women and children. The move will decrease the number of unwed mo­thers who are forced to abandon their infants due to social hardships,” said Indrajit Bose, Director, Advocacy and Policy Development at Miracle Foundation, a Delhi-based NGO working on prevention of child abandonment.

Being born out of wedlock remains one of the biggest reasons for children being abandoned. Coupled with poverty and a social structure which is unsupportive, young unmarried women, rape survivors and abandoned or separated women are often forced to desert their young ones.

Though there is very little comprehensive nationwide data available, according to the Child Welfare Committee in Ranchi, Jharkhand, every month there are at least three to four cases of abandoned children. These children are often the result of rape or the father refusing to accept the child and the mother.

“Societal stigma and discrimination against unwed mothers remain the key reasons behind abandonment,” stated Sita Swansi of Diya Seva Sansthan, an NGO based in Jharkhand working against women’s trafficking. “Girls getting trafficked often get pregnant. When rescued, societal pressures are the key reasons why they abandon these children,” she said.

According to Srikant Kumar, member, Child Welfare Committee (CWC), Ranchi, the parents of minor girls becoming mothers force them to abandon their children, fearing societal problems. Even single mothers who are economically able to support their children face discrimination.

The fight for gender equality is an ongoing one. Though the judiciary has time and again helped in this movement, laws need to be amended to keep up with the changing times.

The most important factor in most of the cases has been the “best interest of the child” when it comes to guardianship or custody. In Githa Hariharan vs Reserve Bank of India (1999), the Supreme Court held that no preferential rights for either of the parents can be given as the welfare of the child is of paramount importance. Justice Umesh Banerjee, while presiding over the case, further ruled that in Section 6(a) of the Hindu Minority and Guardianship Act and Section 19(b) of the Guardianship and Wards Act, the phrase “and after him” should be read “in absence of”. (This means that if the father is not present, the mother has the guardianship rights—instead of her getting the rights only after the father’s death.)

The Law Commission in its multiple reports has also recommended that discrimination against women relating to guardianship be removed. It has argued that the Hindu Minority and Guardianship Act has kept women on a much lower pedestal compared to men.

In 2015, a landmark and progressive judgment by a bench comprising Vikramjit Sen and Abhay Manohar Sapre of the Supreme Court ruled in favour of the single mother. The appellant was a single lady and a Christian. Her application to get guardianship rights without disclosing the biological father’s details had been rejected by the court where the application was made as well as the High Court. They referred to the Guardians and Ward Act, 1890. The application court rejected the mother’s claim under Section 11 of the Act, stating that the parents need to be notified before it can appoint a guardian.

The High Court later upheld the judgment and rejected the woman’s claim, stating that a natural father could have an interest in the upbringing of a child even if there was no marriage. It stated that in the absence of the necessary party, no case could be decided.

Disappointed, the woman approached the Supreme Court, which ruled in her favour. The bench interpreted Section 11 of the Guardians and Ward Act by defining the parent as the sole caregiver in the case of a child born out of wedlock as in this case.

Incidentally, the bench drew reference from the Hindu Minority and Guardian Act which gives mothers primacy over fathers in case of children born out of wedlock. Muslim Law accords custody of such a child to the mother and her relations. The bench also referred to the Indian Succession Act, 1925, which gives domicile rights to a child born out of marriage in the country where the mother is domiciled. It also referred to related guardianship laws followed across the world, to conclude that “her maternity would obviate the necessity of determining paternity.”

In 2016, the Delhi High Court passed an order directing the passport authority to amend its software so that disclosing the mother’s name in the application for a minor is enough. It observed that the passport authorities can only insist on the details of the biological father in case of legal requirement and not due to procedural formality.

A single mother had filed a plea in the High Court as the passport authority had refused to re-issue her minor daughter’s passport without the details of the father. She pleaded that the demand violated the rights of her daughter. Justice Manmohan ruled that only the mother’s name is enough in cases such as regarding a passport as a single woman can be the natural guardian and also a parent.

However, not everyone can approach the courts due to several factors, so there is a need to amend the existing laws. “These are positive steps towards strengthening the rights of women. However, discrimination against women is, unfortunately, deeply entrenched. Implementing these changes, especially when it comes to social behaviour may take a long time,” said Bose.

One hopes that empowering women legally will eventually translate into empowering them socially as well.