The Supreme Court has asked tech firms to find ways to eliminate videos showing sexual offences from social networking sites. But before that, the Information Technology (Amendment) Act, 2008, needs to be amended

Videos showing sexual offences can have a deleterious effect on society. While there seem to be no gory videos of rape and other sexual offences for sale on search engines such as Google and Yahoo, it is a different story overall on the net. Here, one can come across such videos which are punishable under stringent provisions of the law and go many steps ahead of pure pornographic content.

Acting on a plea by Prajwala, an NGO, a Supreme Court bench of Justices MB Lokur and UU Lalit recently asked tech firms Google, Microsoft, Yahoo, WhatsApp and Facebook to suggest ways to eliminate such videos from social networking sites. This will come up in the next hearing of the Court, the date for which was not fixed at the time of going to press.

But is there a foolproof method to weed out such content? Can this be legally and technically feasible? While it is possible to have technical support, Indian laws need to be re-visited to ensure watertight cases and to mete out strict punishment. Cyber law consultant D Prem Kamath of the Kerala High Court (see box), told India Legal that there were large gaps in India’s cyber laws, notably the Information Technology (Amendment) Act, 2008, and these needed revisiting. Kamath said changes in the Act were essential as cyber crimes are across timelines and boundaries, creating “jurisdictional issues”. This means there is no intangible sphere to be regulated and volatile evidence can be easily manipulated. The Act has huge loopholes through which service providers can escape accountability.

There are several scenarios to be considered under these circumstances. These are:

(a) The source of such content is abroad and consumption is in India.

(b) The source of such content is India and consumption is abroad.

(c) Source and consumption are both in India.

(d) Source is abroad but while there is no consumption in India, one may inadvertently be privy to such content if one is active on a shared social site.

Babu Subrahmani, global head, E-Discovery of Digital Forensics in an MNC, said the technology to apprehend such criminals exists. “All social engineering sites are already equipped with software technologies with automated tools having an algorithm that can detect the amount of ‘skin’ content on a frame-by-frame basis,” said this former digital forensic scientist who had assisted the National Investigation Agency and Delhi Police on terrorism issues. “This means that if you run the video through an algorithm and track a specific skin tone, the software can tell whether it has
pornographic content.”

Acting on a plea by Prajwala, an NGO, a Supreme Court bench of Justices MB Lokur and UU Lalit recently asked tech firms Google, Microsoft, Yahoo, WhatsApp and Facebook to suggest ways to eliminate videos showing sexual offences from social networking sites. This will come up in the next hearing of the Court, the date for which was not fixed at the time of going to press.

But can such an algorithm be applied to the thousands of videos uploaded regularly on Reddit and YouTube, for example? Also, such a defensive system will have to work 24×7 at all places of ingress and egress. That is a mammoth challenge.

[vc_custom_heading text=”“Amend IT Act with national interests in mind””] 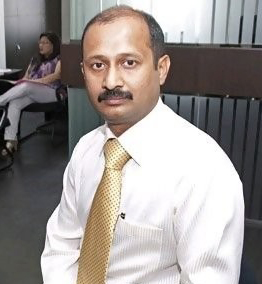 While the Information Technology Act deals with cyber crimes in India, it is lax. It has provisions that allow intermediaries to seek exemption from prosecution.  D PREM KAMATH, a cyber law consultant, tells SUJIT BHAR, what are the loopholes

What is the legal apparatus to tackle cyber crime in India?

Cyber crimes, unlike conventional crimes, are unique because they are global in nature vis-à-vis jurisdictional issues and show scant respect for territorial laws. In India, the Information Technology Act, 2000, tackles cyber crime and came into force on October 17, 2000. Its amended version came into force from October 27, 2009. Chapter XI of the Act deals with the penal provisions for cyber crimes.

Most carry punishment with imprisonment extending up to three years and are cognizable and bailable.

The most stringent punishment under this Act is for cyber terrorism (Section 66F). But despite India being at the receiving end of international terrorism, this section only advocates a punishment that could be extended to life imprisonment. So India needs to re-visit the law and amend it keeping national interests in mind.

There is an immediate need to also sensitize all arms of the government regarding the seriousness of cyber crimes and regulations and measures need to be taken for quick action in such cases.

As per the Act, intermediaries will be held liable only under two circumstances: “If the intermediary has conspired/abetted/ aided/induced in the commission of the unlawful act or upon receiving actual know-ledge that any information or data controlled by him is being used to commit the unlawful act and he fails to expeditiously remove or disable access to that material.”

Barring these two grounds, intermediaries in India can seek exemption from liability under this Act.

Does the Supreme Court have the power of oversight on MNCs that operate their servers and content sites in other countries? Does an international agreement exist?

The Supreme Court is vested with enormous powers within the framework of the law of the land. Section 75 of the IT Act says: “The provisions of the Act will apply also to any offence committed outside India by any person irrespective of his nationality, if the act or conduct constituting such offence or contravention involves a computer, computer system or computer network located in India.”

This provision empowers the criminal justice system in India to prosecute persons outside India, irrespective of his nationality, for offences or contraventions under this Act. MoUs have been signed by India with other nations, the latest being UAE, with regard to technical co-operation in cyber space. However, practical application of this can take place only when a hands-on case comes up.

So for the system to be effectively cleansed there needs to be great synergy between consumers, the legal fraternity and technical professionals. All stakeholders have to join hands to get rid of questionable and violent content on the net.

So for the system to be effectively cleansed there needs to be great synergy between consumers, the legal fraternity and technical professionals. All stakeholders have to join hands to get rid of questionable and violent content on the net.

Is the judicial fraternity equipped for the big challenge?