Leading divorce lawyer Malavika Rajkotia has seen marriages fall apart from a very close quarter whether due to infidelity, domestic violence or property disputes. In her recently published book, `Intimacy Undone- Marriage, Divorce and Family Law in India,’ she talks about changing gender equations in the country and its fallout on families. In an exclusive interview with Rashme Sehgal, Rajkotia surveys the state of marital relations in India and in the world.

Excerpts from the interview:

Marriages in India are evolving at a rapid pace?

Yes. Women have renegotiated gender roles or are in the process of renegotiating them. Women are wanting to have greater participation in all facets of life. They want lives beyond their traditional lives and even with traditional wives, they want their role to be more egalitarian.

A lot of the conflict within marriages revolves around money?

A lot of this (conflict) has to do with money and money continues to be with men. They want a greater ownership in property because if we look at real estate around the globe, only one per cent of property is owned by women. That’s obviously approximate: but in any case, it is a very minuscule percentage.

Isn’t the situation different in the US where I understand women own an equal share of property as men?

No the ratio is global: and I have come across nothing to say that women in US own an equal amount of real estate, it may be that because of the legal concept of community of property, women become equal shareholders in marital property but that in no way translates to them owning significant real estate. 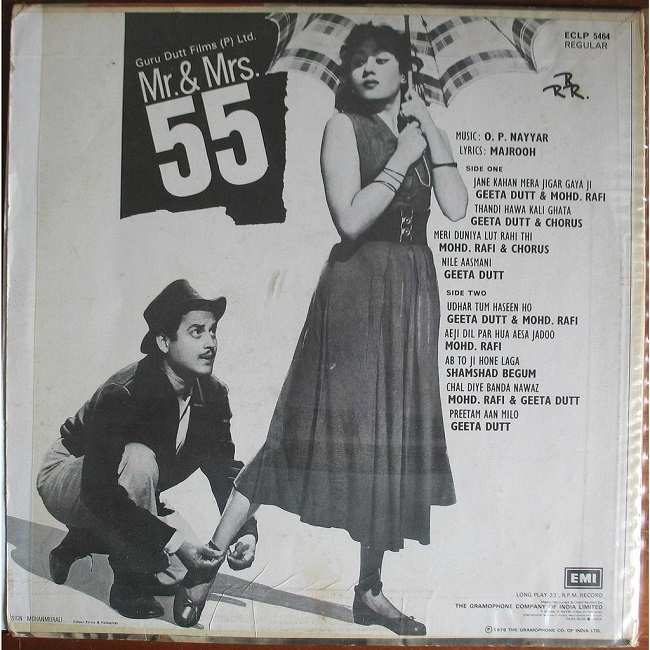 What changes have the Hindu Succession Act 2005 brought about in terms of women being able to inherit property. Are they finally being able to get their share of the property?

We would have wanted clearer rights defined in the matrimonial home rather than in the parental home. In the new law, they are co-parcenors in property owned by a Hindu undivided family which means that can now ask for a partition of the property at any time in the lifetime of parents. But that applies to a small percentage of the women.  The equal rights in her parental home must be mirrored in her matrimonial home and this can be done if the work she does in the house is given a value and recognised in monetary terms.

Do a lot of women now demand their share of property from their parents?

No, most women do not want to disturb the status quo to demand a share from their parents. Some are known to make this request at the behest of their husband. In any case the 2005 amendment, benefits women who have ancestral property.  For the middle class, most of the property remains self- acquired and is usually left to the son in accordance with patriarchy based customs.

How would you explain the rising graph of marriage break-ups? There are cases where women go out with a man for months on end and then call off the marriage very literally within weeks of getting married. Is it because men increasingly fail to live up to the expectations of women?

Yes, I think that is one factor that is causing stress. Wives are no longer willing to accept their traditional role. With both genders wanting to break away from the stereotype, this results in increasing stress. We cannot forget that women are victims of socialisation as much are men. Thus a man may face as much stress from his wife if he seeks to break the traditional stereotype of being the provider.

But the present Indian government wants a return to the old sati Savitri stereotype wife ?

That is only conjecture since it has been only two years: Possibly under the changed political scenario, the traditional stereotype is being reinforced. But that is a wave that is surging the world over. Look at President Trump who is following this stereotype. He wants a beautiful woman to stand by his side as this enhances his physical persona. His references to boys’ locker room talk and so on.

Yours is not a cut and dry book. It deals with a very serious subject but is peppered with examples from movies and theatre? There is the example of how the movie Mr and Mrs 55 starts by making a reference to a key parliamentary discussion on the subject of divorce?

There was a great deal of anxiety around 1956 Hindu Code Bill. Under that law, men and women could ask for divorce. Prior to that polygamy was permitted for men. This was for the first time that Hindu law was codified and divorce was accepted. Earlier, zamindars, aristocrats and wealthy politicians could keep as many wives as their purse would allow.

But why has marriage become a zone of conflict?

Marriage the world over is facing conflict because of monogamy. Not that monogamy is bad but that remarriage is not possible without a divorce and divorces are not easy. Also, the expectations from marriage are, sometimes I think, too much: the expectation of perpetual romance and so on. In any case, marriage is a close relationship and we cannot have closeness without conflict. I do believe marriage has to be negotiated at every step because both sides enter it with different expectations and different sensibilities.

What is the answer to this conflict?

There are no answers here. We have to learn to co-exist with different back stories. Each must be allowed to unravel an independent subtext. We are at an exploratory stage on how genders can co-exist.

Why do men find it difficult to change?

Men are more reluctant to change because they have enjoyed power for so long. New negotiations are now required to get them to share their power:

Your book cites the example of your own uncle (Mamaji)  whose wife had refused him a divorce?

His wife had refused to give him a divorce. Her decision did not serve her, nor did it serve the husband. They lived separately and she did not make any legal claims. I think in her case she did not want to have the stigma of having to live as a divorcee. Even today, some women continue to live in violent marriages because they have the same fear.

How would you explain the increasing tide of violence against women ?

It is like the last desperate attempt being made to keep women down. That is why there is resistance to change: resistance to women’s empowerment and what are perceived as her transgressions into male domain are punished severely.  We have the example of when women speak in political space, they are trolled with rape threats in order to silence her. The attempts to intimidate her are to attack her feminine persona, rape, acid-throwing and so on; there is no attempt to have a dialogue with her as an equal. That is very distressing: that it still happens and this attitude shows no signs of abating.

Your book mentions how 498A anti-dowry provision is subject to abuse.

Yes, it is most abused by those who have the best access to the legal system. But it is a weapon with the weak and works to negotiate proper settlements. What we need to highlight is the need for proper investigation in order to filter out false complaints. In any case, in my book I have said misuse of this law is not relevant to the debate: all laws are misused: no one talks of doing away with other laws:

Cruelty is being often cited as an example to break-up marriages.

This subject has been well-defined in the book. To look at it in its nuances, we need to look at the social context and the social class.  When people complain that the cruelty is unbearable and therefore cannot live together, they file for divorce. But this cruelty has to be proved in the court of law.

There are different fault theories. In the west they now accept irretrievable breakdown of marriage but in India we still subscribe to the fault theory: Adversarial litigation that has to foist fault is intensely bitter and adds a biting edge to this area of the law in practice.

In custody battles over children, finance seems to play a key role.

Finance is the key when a marriage unravels. If you can sort out the finances to everyone’s satisfaction, everything else falls into place.  Finances is the key because the security that marriage provides has gone when the marriage ends and that security can now be compensated only by finance.

Do you think India needs to have a Uniform Civil Code?

I think it is highly unlikely in the present circumstances. We are a nation of diverse social practises and minorities fear that under the current prevailing regime, it should not be hijacked as a political agenda of majoritarianism rather than an attempt to ensure gender equality.

You address the issue of triple talaq. Do you feel the Muslim community should address this issue on their own ?

I believe the Muslim community needs to address the issue of triple talaq themselves.

But other Islamic countries have done away with triple talaq?

Other Islamic countries have done away with it but the Muslims are a majority there unlike in our own country. My book discusses identity politics played more intensely by the marginalized and this needs to be considered.