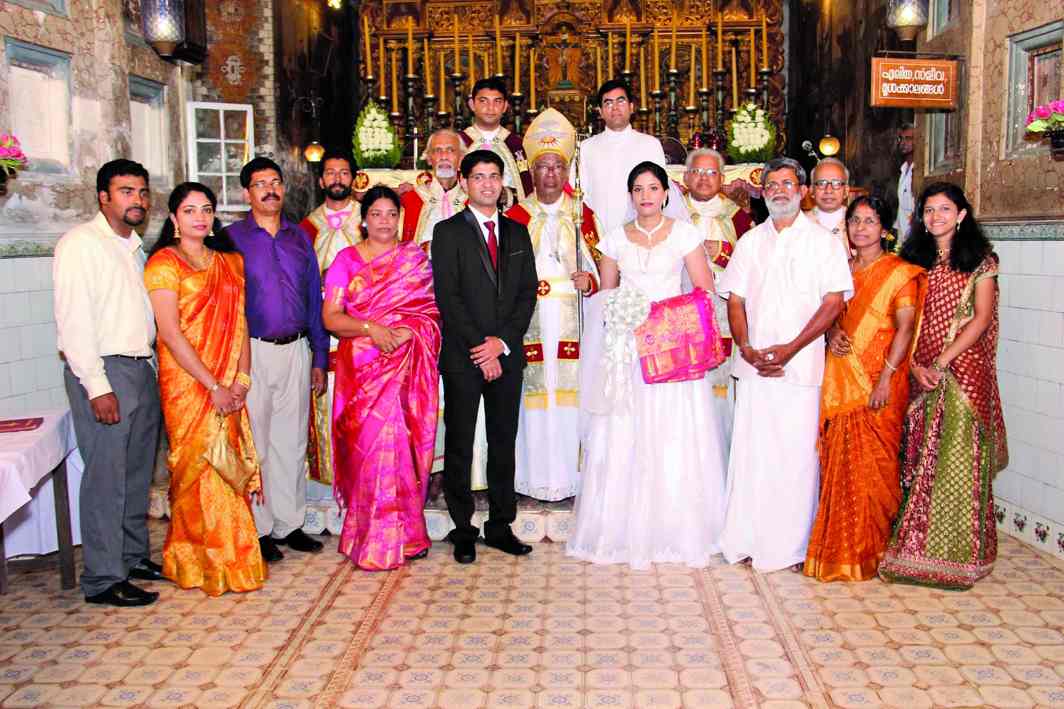 Above:Acquiring a temporary license for serving alcohol at celebrations such as marriages was costly. Photo: marryinaweek.com/blog

The High Court has said that no license is required for serving liquor at private functions in one’s home. This comes as a relief as the charge for a temporary license is Rs 50,000 per day

For a population that loves its drink and indulges in it at the drop of a hat, a Kerala High Court judgment has come as a shot in the arm. The Court on June 23 held that no license was required to serve liquor at a private function held at an individual’s residence.

The ruling came after the petitioner, Alex V Chacko, went to the High Court against Section 13 (6) of the Foreign Liquor Rules which makes it mandatory for an individual or a group of individuals to take a temporary FL-6 license by paying Rs 50,000 for every single day that alcohol is served. This is applicable to those individuals who are not in the liquor business with a full license.

The occasion which forced Chacko to go to court was the baptism of his grandson on the June 25 where he was planning to serve liquor to some 300 guests at his house. But he had not forgotten the bitter experience he faced in the past during the betrothal ceremony of his daughter where he had to shell out Rs 50,000 for a day’s license. As the state excise officials refused to budge then, Chacko decided to approach the High Court this time round.

After hearing the petitioner and the state, a divisional bench of Justices Antony Dominic and Dama Seshadri not only ruled in favour of Chacko but also scrapped the particular rule which forbids people from serving liquor to guests at home without a temporary license. The Court ruled: “We hold that a private function in the precincts of a person’s house does not fall within the mischief of Rule 13(6) of the Foreign Liquor Rules 1953. But, even to those private family functions, the other regulations, for example concerning quantity and the identity of place will apply.’’

While the Court made it very clear that the government does not have a jurisdiction to control whatever happens inside the home of a person as it is a private place, it also went on to add that the freedom is not unlimited.

In Chacko’s case, his family of six had gone abroad and hence had returned to India with a quantity of 2.5 litres each, making it a total of 15 litres of FMFL which is under the permissible amount. But when Chacko approached excise officials, they denied permission to him to serve this amount of liquor unless he shelled out Rs 50,000.

Chacko told the media: “I had made up my mind that I will not pay the amount as fees because I am not selling this. I am only gifting it to my relatives and close friends which is well within the rules. But then I did not want an issue during the function, especially when I was sure that the excise would even raid my house. But the Court has set it all right and I am so happy for it.’’

While questioning the government’s rule of taking such a hefty fee for a day’s license, the Court observed: “Going by the government’s contention every individual needs to maintain a record whenever he offers a glass of wine to his guest in his house, and it’s after his obtaining an FL-6 license, at that.’’

The state, however, argued that Chacko cannot serve liquor either in his house or just outside, given the specific statutory interdiction of the Abkari Act and the Rules. But the Court overturned it too, saying that as the petitioner’s own house or the “pandaal” put outside his house is a private place, a license is not required for serving liquor there. The Court said that a “man’s house” cannot be compared with a restaurant, club or any other such place which comes under the “public place” category.

Edward Coke had written in 1604: “That the house of everyone is to him as his Castle and Fortress as well for defence against injury and violence, as for his repose.’’

But the state government told the Court that it was apprehensive that a permission given without license would encourage people to convert their houses into “undeclared bars”. It said that if alcohol is sold in the guise of gifting it to others, this could harm society and break the law.

The Court also said that the government has all the capacity to closely look into whether anyone is misusing the freedom given to them in this particular situation and may act in accordance with the law to prevent it.

While this judgment would certainly make the majority of people happy, it also puts the Church in Kerala in a tight spot as it has been fighting to reduce the drinking of liquor. As the majority of people using liquor for family functions are Christians, this judgment, the Church feels, would now give the community more encouragement to drink alcohol.

All eyes are now on what stand the Church will adopt. This will be reflected in the pastoral letters priests bring out on Sunday.