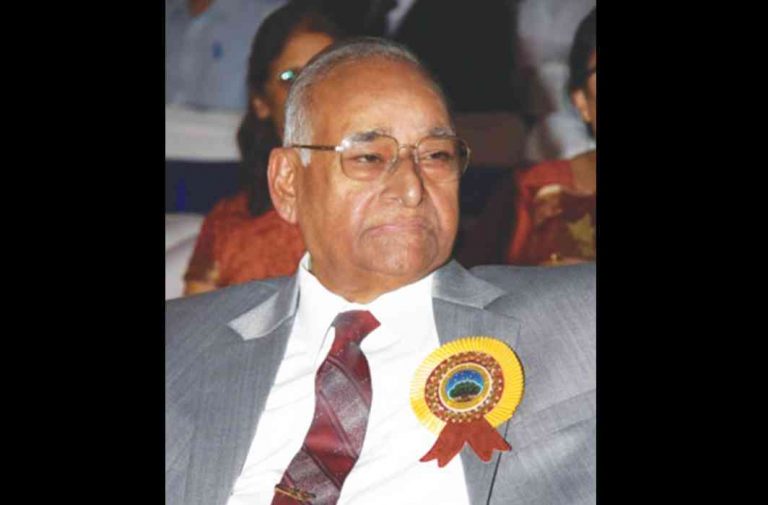 Pavani Parameswara Rao (July 1, 1933-September 13, 2017) who passed away recently following a short illness at the age of 84, was an eminent constitutional expert and pedagogue of jurisprudential science.

Born on July 1, 1933, Rao studied at Hyderabad’s Osmania University. He started his career in 1961 teaching law in the University of Delhi. He was enrolled as an advocate by the Bar Council of Delhi in 1967 and thereafter started practice in the Supreme Court. During this time, he assisted leading lawyers of the time such as HM Seervai, MC Setalvad, CK Daphtary, NC Chatterjee, SV Gupte, AK Sen, Niren De, etc.

Due to his outspoken capabilities, persuasive nature and charming personality, he was elected president of the Supreme Court Bar Association in 1991. In 2006, he was conferred the Padma Bhushan, the third-highest civilian award of India.

He helped develop the argument against a legal challenge to President’s Rule after the Babri Masjid demolition. He successfully argued that a violation of secular ideals of the constitution was a reasonable qualification to dismiss a governmental machinery.

Rao took up cases defending the democratic rights of the public and constantly worked towards securing and upholding constitutional values.

As far as his contribution to Indian law is concerned, he argued against capitation fees by educational institutions in JP Unnikrishnan’s case (1993); for the privileges of parliamentarians in PV Narasimha Rao’s case (1998); for the governor’s prerogative to appoint a chief minister who is not a member of any of the houses of parliament but who enjoyed majority in BR Kapoor’s case (2001); he appeared for People’s Union for Civil Liberties (PUCL) in the case of Lok Satta (2003) where he argued successfully that every potential voter has the right to know his prospecting candidate before casting a vote and for a State’s power to regulate admissions to professional courses for preventing exploitation of students by private institutions in TMA Pai Foundation (2002), Islamic Academy (2003) and PA Inamdar (2005).

Appearing on behalf of the National Human Rights Commission (NHRC), he persuaded the Supreme Court to intervene directly in the Best Bakery case (2002) in which a fast-track court had acquitted all the accused.

Then President Pranab Mukherjee had given his nod for the nomination of PP Rao as the jurist member of the selection committee of Lokpal, a machinery for bring transparency, accountability and eventually, a corruption-free India.

The legal fraternity has mourned the passing away of this intellectual who lived by his principles and convictions till the very end.

—The writer is an advocate in
the Supreme Court of India