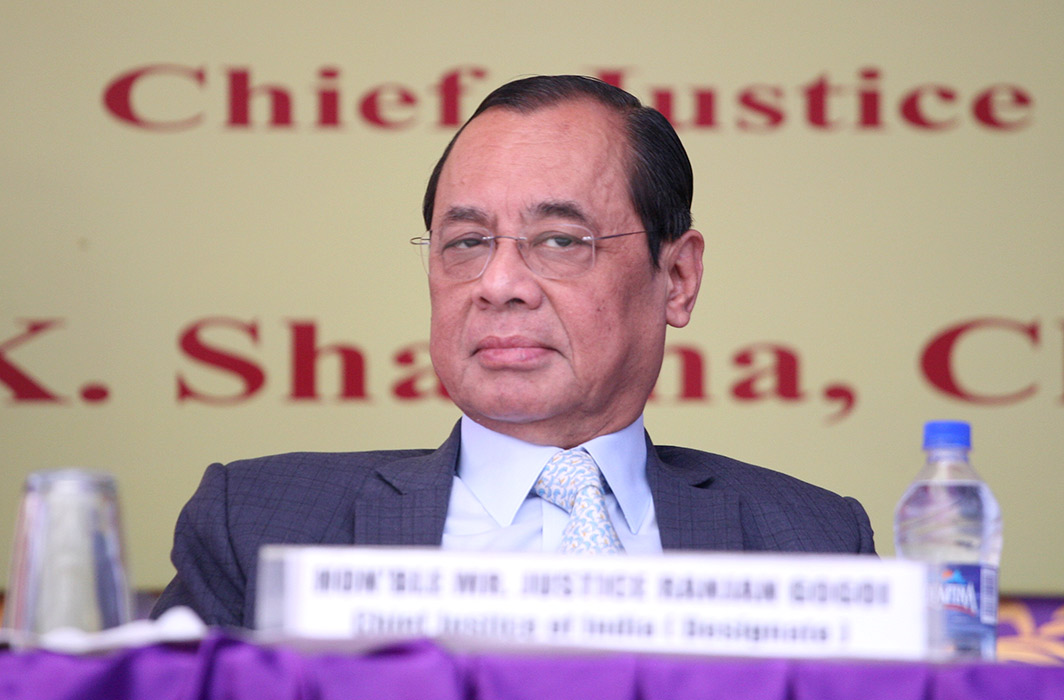 Managing judicial time by the Chief Justice of India (CJI) is a challenging exercise.  An incumbent CJI not only has to keep his remaining tenure in mind, but follow an effective system which could help to exercise his administrative and judicial responsibilities satisfactorily.

In this exercise, the CJI does not have the luxury of coming to the office with a blueprint, which has been tried and tested already, due to the compulsions of his own role as a puisne judge, before his elevation as the CJI.  As a puisne Judge, he might have observed, from close quarters, the measures taken by the CJI to achieve administrative efficiency in the Court’s functioning, and balance it with his Constitutional role in the appointment and transfer of Judges in the Higher Judiciary.

This places him in a unique position to try and experiment with his own ideas.  While the CJI is expected to listen to the suggestions of his colleagues in the Court in the discharge of his duties, very often he takes his own decisions, based on his judgment of what would be right or wrong, to achieve optimum results, especially if he finds the existing conventions not helpful enough.

Therefore, the manner in which Chief Justice Ranjan Gogoi led the Supreme Court’s Collegium comprising himself and the four senior-most Judges of the Supreme Court came under scrutiny, following two recent controversies.

First was the elevation of two High Court Judges – Justices Dinesh Maheshwari and Sanjiv Khanna – to the Supreme Court, following a Collegium recommendation dated January 10. The nod for elevating Justices Maheshwari and Khanna, in effect, had rescinded the Collegium’s previous decision taken on December 12, 2018 and predictably triggered a controversy. On December 12, the Collegium had resolved to recommend the Chief Justices of Rajasthan and Delhi High Courts, namely, Pradeep Nandrajog and Rajendra Menon, for elevation as Supreme Court Judges. Justices Maheshwari and Khanna both ranked way below these two chief justices in the order of seniority of judges of high courts eligible for appointment to the Supreme Court.

Justice Madan B Lokur, who retired from the Supreme Court on December 30, 2018, was part of the Collegium which had recommended the elevation of the two high court chief justices to the apex court on December 12 and has publicly expressed his disappointment over the resolution being rescinded without even being forwarded to the Centre.

Even as the controversy over the supersession of these two Judges was raging, the Collegium’s deliberations on other matters began to receive media’s attention.  These include the possible disagreement within the Collegium over the elevation of the Chief Justice of the Himachal Pradesh High Court, Justice Surya Kant and Justice Bhushan Gavai of the Bombay High Court to the Supreme Court.

It was reported that if elevated now, both Justices Gavai and Surya Kant, will serve as CJI after Justice Sanjiv Khanna retires in 2025, for six months and for one year and three months respectively. According to sources, the Centre also favoured the appointment of Justice Gavai, a Dalit and the fourth senior-most Judge in the Bombay High Court, because it wanted to give representation to Dalits in the Apex Court, which currently has no judge from the community.  Besides, Justice Gavai, if appointed now, would have become the second Dalit CJI (Justice KG Balakrishnan, who retired in 2010, was the first).

Justice Surya Kant’s elevation as the Chief Justice of the Himachal Pradesh High Court from his parent High Court (Punjab and Haryana) was equally controversial, because Justice Adarsh Kumar Goel, the then Judge of the Supreme Court, who too hailed from Punjab and Haryana High Court, had found him unsuitable for elevation. The concerns of Justice Goel, who is currently head of the National Green Tribunal, were however, brushed aside following a discreet inquiry into the allegations against Justice  Kant.

The Collegium, according to a report in the Indian Express, also discussed the transfer of Justice S Muralidhar of the Delhi High Court twice, and on both the occasions, the proposal for transfer was resisted by the Judges other than the CJI. The strength of the Collegium for the transfer of a High Court Judge is three, with the CJI consulting only two of his senior-most colleagues in the Court. Therefore, it was obvious that in December, Justices Lokur and AK Sikri, both hailing from the Delhi High Court, opposed Justice Muralidhar’s transfer, while in January, Justices Sikri and SA Bobde too may have resisted the move. With Justice Sikri retiring in March, the vacancy in the three-member Collegium will be filled by Justice NV Ramana. Therefore, it will be of interest to know whether the proposal to transfer Justice Muralidhar to any other High Court, will secure the backing of the Collegium.

Justice Muralidhar’s transfer is likely to be controversial, because he is considered as an independent Judge, having recently convicted and sentenced the accused in Hashimpura massacre and anti-Sikh carnage cases. Appointed in 2006, he will retire in 2023 as a High Court Judge. In his recent judgment sentencing Congress leader Sajjan Kumar in the anti-Sikh carnage case, he underlined the need to fill the vacuum in law to tackle genocide, considering the political patronage enjoyed by the accused in the mass killings in Mumbai in 1993, in Gujarat in 2002, in Kandhamal in 2008, and in Muzaffarnagar in Uttar Pradesh in 2013. According to sources, the proposal to transfer Justice Muralidhar came from the Centre, and the Collegium cannot continue to resist it, because it is consistent with the transfer policy, although in practice, it is considered a punitive exercise of power.

The Collegium’s deliberations, leaked to the media, show that the appointment and transfer of Judges, has always been a result of bargaining between the Centre and the CJI. Thus, if the Collegium is seen to resist a proposal of the Centre, it has to concede to another, which is not of its choice, to maintain the balance. Therefore, while specific instances of appointment may show the CJI departing from the propriety of following the precedents in respecting the Collegium’s decisions, he has been trying to maintain a tenuous balance of sorts between the Centre’s informal proposals and the predominant views of the Collegium members, to await the right time to give effect to either of them. Indeed, this has been the practice of successive CJIs even during the pre-Collegium days. The CJI Ranjan Gogoi’s tenure so far has only meant continuance of this tradition.

The CJI, Ranjan Gogoi, has often been in the news for seeking to reform the court’s ‘mentioning’ system to avoid wastage of precious judicial time. Lawyers, by convention, resort to mentioning before the CJI and other Judges of the Supreme Court, to request early listing of their cases, in view of their urgency, so as to jump the queue, and be heard by the benches. This results in a long queue of ‘mentioning’ lawyers before the CJI’s bench at the start of every day, delaying the taking up of the regular matters listed for hearing by the benches.

Successive CJIs have been tolerant of this practice, despite their impatience, for want of an effective alternative. CJI Ranjan Gogoi, however, proved to be different, and discouraged the lawyers from mentioning matters which do not require early hearing.

The Court has now begun the practice of listing early hearing applications, which will be heard and decided by the Court in due course, rather than during the mentioning time.

Lawyers also resort to mentioning before the CJI, to seek early listing of fresh matters, in view of their urgency. On January 30, the Court decided that with effect from February 4, fresh matters will be listed on Mondays and Fridays within a maximum time frame of one week of mentioning.

It is not as if the CJI has completely done away with mentioning of matters by the lawyers, although he has rebuked them for doing so very often. But, the CJI’s court now spends much less time on mentioning, and devotes more time to hearing regular matters, which have been pending for years.

The case, Aditya N Prasad v Union of India, praying for effective steps to save the lives of trapped miners in Meghalaya was first mentioned by senior advocate, Anand Grover before the CJI-led bench on January 2, when it directed its listing before Justice AK Sikri’s bench on the following day.

The CJI has also been accommodative in allowing early hearing of appeals against high court judgments and orders denying bail to the accused, as it involves individual liberty. He has also been liberal in permitting early listing if the matter pertains to results of elections held to state assemblies and Parliament, as any delay in hearing them could render it infructuous, in view of tenure of an elected member being limited and the Constitutional compulsion of the Election Commission to hold a fresh election to fill a vacancy within six months of its occurrence. The CJI has also found it reasonable to agree to early listing if the appeals pertain to service matters which involve an employee’s rights and entitlements, as any delay in hearing them would deprive such employees justice, before their retirement.