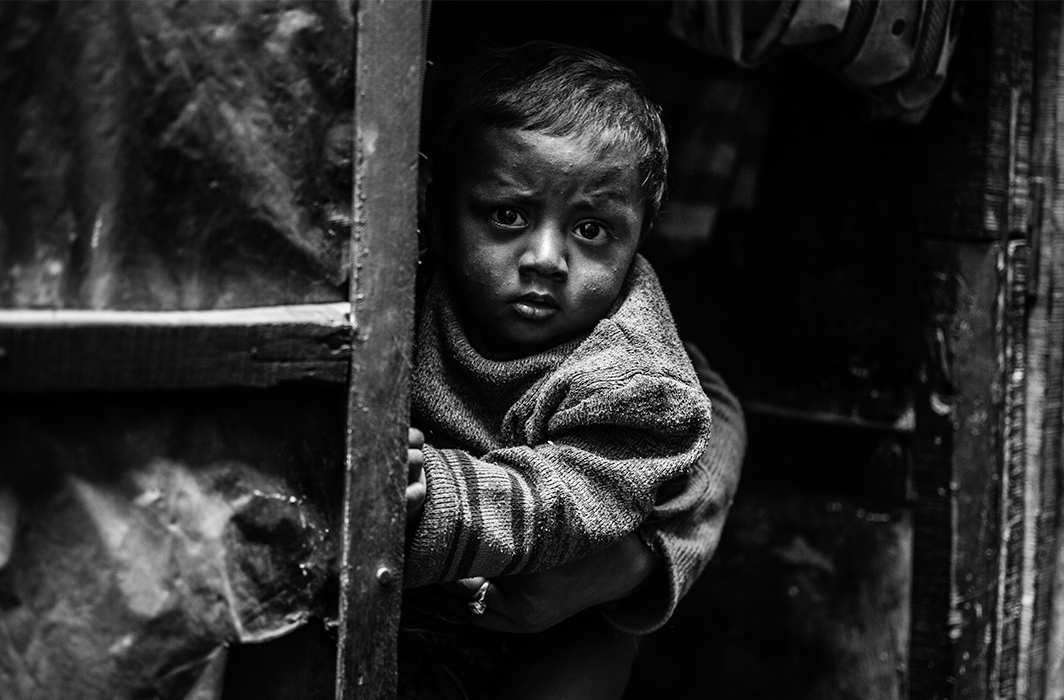 Above: Orphaned kids, poor living conditions, hunger and poverty, the Rohingyas have been battling it all. Photo: Javed Sultan

With India deciding to deport Rohinhgya Muslims, under attack in their native Myanmar, their only hope is a PIL being heard in the Supreme Court

The horrific genocide against Rohingya Muslims in Rakhine in Myanmar killed over 400 just last week with more than one lakh fleeing to Bangladesh. But despite this, India wants to deport the refugees who are here. There are over 40,000 Rohingyas in various camps in Jammu, Delhi-NCR, Haryana, Uttar Pradesh and Rajasthan. The demand to deport them will now get shriller after the latest offensive against them by the Myanmar army. This was in retaliation to an attack by militants belonging to the Arakan Rohingya Salvation Army on 30 police posts and an army camp on August 26. The attack was a reaction to the continued genocide that has been happening in Rakhine for over a year, driving helpless Rohingyas to both India and Bangladesh as refugees. In the last fortnight, over 1,23,000 have crossed over to Bangladesh.

The Rohingyas have been declared stateless for years and their rights have been curtailed. In 1982, the military junta had revoked the citizenship of the 1.1 million Rohingyas in the Rakhine state of Myanmar. They cannot practice their religion freely, cannot vote, are not included in the census, cannot have as many children as they want, find it difficult to get jobs and cannot meet in large gatherings. They are not considered citizens of Myanmar. There are 135 ethnic groups that are recognised in Myanmar, but the Rohingyas are not one of them, though they are over 10,00,000 of them in Rakhine.

The Rohingyas are now referred to as the most persecuted people in the world. Their houses have been burnt, their villages razed, women raped and they are hunted out of the country where they have lived for ages.

The Rohingyas are now referred to as the most persecuted people in the world. Their houses have been burnt, their villages razed, women raped.

Following a PIL filed by two Rohingya refugees in the Supreme Court of India seeking to restrain the Indian government from deporting their community, the Court intervened. It asked the centre, the National Human Rights Commission and the Office of United Nations High Commissioner for Refugees in India to respond. Though the petition is being heard, the government has made it clear that these refugees will have to be sent back. Both the government and the BJP leadership have expressed serious security concerns as many Rohingyas are settled in J&K camps.

There are also concerns of demographic changes that may take place in future and BJP leaders have cited the case of Assam where Bangladeshi refugees have been a sticky issue for years. In fact, one of the poll planks of the BJP in Assam was that it would deal with the demographic crisis if it came to power.

The home ministry has sent an advisory to states to detect and deport Rohingyas. Home Minister Kiren Rijiju has said that Rohingyas are illegal immigrants and need to be deported as per law. Of the 40,000 Rohingyas in India, 16,500 identity cards were issued by the United Nations High Commissioner for Refugees (UNHCR) which is supposed to ensure that they do not get arbitrarily deported, detained or arrested. Human Rights Watch and Amnesty International have called on India to reconsider its plan to deport the Rohingyas, saying it should abide by its international obligations. 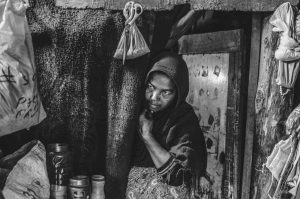 The Indian stand is quite clear now as Prime Minister Narendra Modi on his recent visit to Myanmar had no critical comments on the persecution of the Rohingyas and the refugee influx but he shared the country’s concern over “extremist violence”. He also praised Nobel laureate Aung San Suu Kyi, Myanmar’s state counselor, who is ironically under tremendous international pressure to do something to stop the crackdown on the stateless Rohingyas. She has chosen to remain silent on the issue. This, despite her being seen as one of the best votaries of freedom and justice. She led a successful non-violent struggle against the military might of Myanmar for years from behind bars. But after winning the elections in 2015, she seemed to hang on to the majoritarian view that the Rohingyas have no place in the new dispensation of Myanmar.

Internationally, the practice is not to force refugees to return to the country they fled from as they can be persecuted again. But India is the only liberal democracy in the world that is not a signatory to the 1951 United Nations Refugee Convention that has 140 signatories. However, in the past, India has been generous with refugees from Tibet, Bangladesh, Pakistan, Sri Lanka and Afghanistan.

In 2016, the Modi government allowed Hindus, Sikhs, Buddhists, Jains, Parsis and Christians from Afghanistan, Bangladesh and Pakistan to buy property, obtain driving licences, PAN cards and Aadhaar numbers. There are over 1,00,000 Tibetan refugees in India who have been living for years as they are allowed to take land on lease and seek jobs. There are also over 1,00,000 Tamil refugees in India from Sri Lanka who mostly are in Tamil Nadu.

A UNHCR spokesperson told India Legal: “UNHCR appreciates the protection afforded by India to vulnerable refugees and notes the country’s long and proud history of solidarity with people fleeing violence and its repeated commitment to the non-refoulement principle which is not sending back refugees to a place where they face danger. It is considered part of customary international law and therefore binding on all states, whether they have signed the Refugee Convention or not. In addition, India is party to major international human rights instruments such as the International Covenant on Civil and Political Rights, Convention on the Elimination of All Forms of Discrimination against Women, Convention on the Rights of the Child.”

In January this year, as many as 23 international activists which included Archbishop Desmond Tutu and Malala Yousafzai, in an open letter to the United Nations Security Council said that an armed offensive against Rohingyas in Myanmar had left thousands injured and dead, women raped, houses burnt and civilians arbitrarily arrested. Access to humanitarian aid organisations has been almost completely denied, creating an appalling humanitarian crisis. Some international experts have warned of the potential for genocide. It has all the hallmarks of past tragedies—Rwanda, Darfur, Bosnia and Kosovo. “If we fail to take action, people may starve to death if they are not killed with bullets,” said the letter.

“Our houses were burnt, our citizenship was taken away. Our mothers and sisters were humiliated in the worst possible way.”

—Abdullah, a refugee in Delhi

For the Rohingyas who live in refugee camps in India, uncertainty hangs ominously. Abdullah, a refugee, wonders about his fate in a make-shift Rohingya refugee camp in Delhi that is infested with rats and mosquitoes. Sewage flows all over the place. He came here with his mother Amina and seven-year-old brother, Kafitullah, in 2012 when ethnic conflict rocked Rakhine. Memories of the past haunt him and his voice betrays it: “Our houses were burnt, our citizenship was taken away. Our mothers and sisters were humiliated in the worst possible way. We cannot even think of going back to Myanmar though we must. How long can we live as refugees in a foreign country even though India has given us shelter?” Recently, Kafitullah died after a serious stomach infection caused probably due to the unhygienic surroundings. “Will our pain ever end?” asked Abdullah.

Minara, 30, also came to India in 2012 fleeing the atrocities: “My relatives who could not escape are desperate. Women are so unsafe there. Unimaginable things have happened to them. I cannot even talk about it. I want to return to Myanmar but am worried about the future of my five children.”

Abdul Karim, 38, finds it painful to think about his three provision shops and a tea stall which were taken over by the local Buddhists back in Myanmar. Unable to withstand the unending oppression by the army, he fled to India with his family. “Our houses were set on fire and we were treated like criminals all the time. We were not even allowed to build a compound wall around our houses as we were told it was to ensure that we did not hide Islamic terrorists. Life was miserable. It still is as we are stateless,” he said, wondering how his mother, who has not been able to escape, is coping.

With the fear of being deported, trauma and fear haunt them nearly every day.