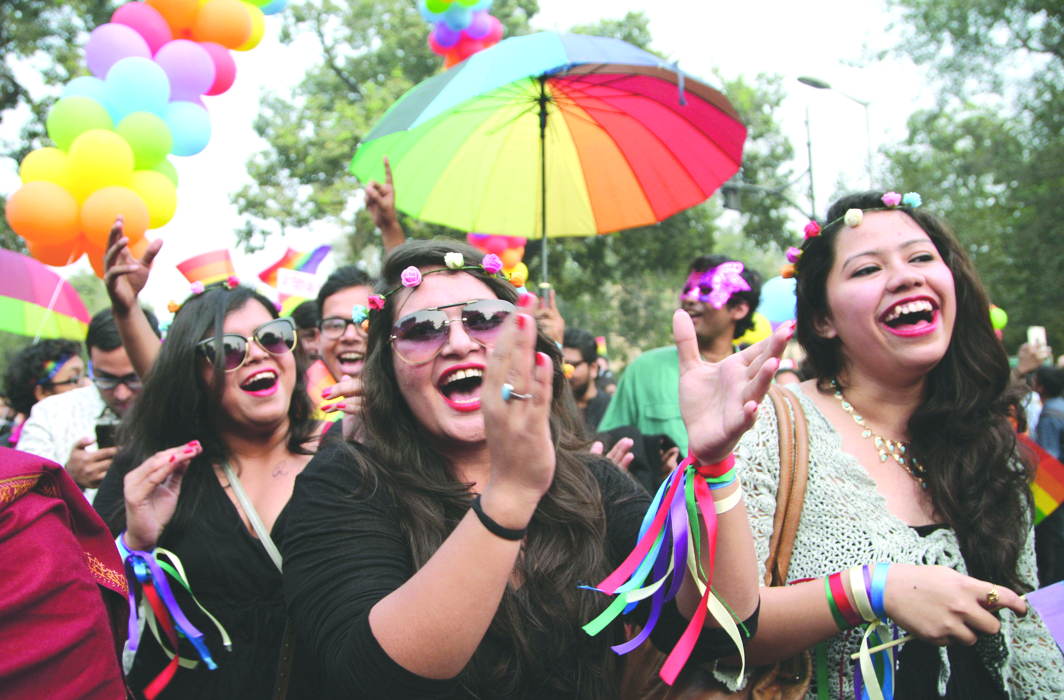 When the Supreme Court Constitution bench took up petitions challenging Section 377, it lived up to its role as a progressive institution and in sync with the realities of modern India

When the new Constitution bench was set up by Chief Justice Dipak Misra to hear fresh challenges to Section 377 of the Indian Penal Code from July 10, it led to few misgivings about its likely outcome. The reason for the predictability of its outcome is not far to seek. That it has taken so long to come close to undoing a regressive judgment of the Supreme Court surprised observers more than the fact that the outcome of this hearing is a foregone conclusion.

Section 377 describes sexual intercourse between persons of the same sex as an “unnatural offence” which is “against the order of nature”. The provision prescribes punishment of 10 years’ imprisonment for the offence, and has been a source of harassment of sexual minorities, also called LGBT (Lesbian, Gay, Bisexual and Transgender). That they suffer at the hands of the law merely because of their sexual orientation and face discrimination and injustice in all aspects of life made this provision appear unjust and out of sync with the realities of modern India.

Ever since a two-judge bench of the Supreme Court upheld the validity of Section 377 in 2013 in the Suresh Kumar Kaushal case, the image of the Court as a progressive institution with a historical record of protecting the rights of minorities suffered a huge setback. The Court set aside the progressive judgment of the Delhi High Court, delivered in 2009 in the Naz Foundation case, which had made it inapplicable to sexual behaviour between two consenting adults. The High Court had held that the provision, enacted during the colonial era, violated the right to privacy and personal liberty under Article 21 of the Constitution. The very classification and targeting of homosexuals was held to violate the equal protection guarantee under Article 14 of the Constitution.

The Supreme Court, which reversed the Delhi High Court verdict, held that only Parliament could decriminalise homosexuality. On why it would not decriminalise Section 377, the Supreme Court’s bench held that it involved the rights of only a minuscule number of people, and therefore, it did not matter. Observers were aghast that the apex court could offer such reasoning when its primary responsibility is to safeguard the rights of minorities. Kaushal, therefore, became a black chapter in the history of the Supreme Court. Subsequently, the Supreme Court dismissed a review petition against the verdict, and listed a curative petition against this dismissal for a fresh hearing by the Constitution bench.

Meanwhile, a few writ petitions were filed afresh challenging the validity of the provision and seeking reconsideration of the Kaushal decision by a larger bench. The Supreme Court, therefore, found it appropriate to hear it afresh by a five-judge Constitution bench, comprising Chief Justice Dipak Misra, Justices Rohinton Fali Nariman, AM Khanwilkar, DY Chandrachud and Indu Malhotra.

The reference to the Constitution Bench came about when a three-judge bench comprising CJI Misra, and Justices Khanwilkar and Chandrachud heard noted Bharatnatyam dancer Navtej Singh Johar, restaurateurs Ritu Dalmia and Ayesha Kapur, hotelier Aman Nath and mediaperson Sunil Mehra. They all belonged to the LGBT community and made a vehement plea for scrapping Section 377. While the curative petitions are heard only on limited grounds of violations of natural justice, the scope of the present hearing is much wider and involves reconsideration of the Kaushal judgment in its entirety.

Senior counsel Arvind Datar drew the Court’s attention to its subsequent judgment in National Legal Service Authority v Union of India (2014) where the Court emphasised “gender identity and sexual orientation”. Each person’s self-defined sexual orientation and gender identity are integral to their personality and comprise one of the most basic aspects of self-determination, dignity and freedom, the Court had held in that case. Datar also drew inspiration from the nine-judge bench’s landmark judgment in Justice KS Puttaswamy v Union of India (2017) upholding right to privacy as a fundamental right and doubting the correctness of the Kaushal judgment.

While making the reference to the Constitution bench on January 8 this year, the three-judge bench had also noted certain other aspects of the case. Section 377 uses the phraseology “carnal intercourse against the order of nature”. The determination of order of nature is not a constant phenomenon, the bench noted. “Social morality also changes from age to age. The law copes with life and accordingly change takes place. The morality that public perceives, the Constitution may not conceive of.  The individual autonomy and also individual orientation cannot be atrophied unless the restriction is regarded as reasonable to yield to the morality of the Constitution,” the bench had added in its order.

On the second day of the hearing, the centre, which had not disclosed its stand on the petitions before the Court earlier, made a surprise submission stating that it would leave the question of constitutional validity of Section 377 to the extent it applies to “consensual acts of adults in private” to the wisdom of the Supreme Court. The centre, however, reserved its right to file a detailed affidavit if the scope of the present hearings extends to other rights of LGBT beyond the scrapping of Section 377. The centre, observers believe, is worried that the Court’s declarations on LGBTs rights could open a Pandora’s Box concerning their marriage and civil rights.

Senior counsel Mukul Rohatgi, appearing for Johar and others, began the arguments by explaining how Section 377 affects the rights of the LGBT community in all aspects of their lives, including employment and their perception in society by others. He claimed that their situation is similar to “unconvicted felons”. Explaining how social morality, which discriminates against LGBT persons, is inconsistent with constitutional morality, Rohatgi argued that the impact of Section 377 is largely on gay men. The phraseology of the provision would criminalise even sexual relations between a man and a woman if it involves acts other than penile-vaginal intercourse as if sex is meant only for procreation, Rohatgi contended.

Datar, in his submission, relied on the landmark privacy judgment of the Supreme Court and equated decisional privacy with the ability to make decisions on intimate relations. Another counsel, Menaka Guruswamy, told the bench that Section 377 has no proximate connection to public order, decency or morality—the reasonable restrictions recognised under Article 19(2). She also explained how the provision violates the fundamental right to form associations. She made a lasting impression with her passionate plea to declare Section 377 unconstitutional.

Anand Grover, another senior counsel, argued on behalf of Arif Jafar, who had been arrested for distributing condoms among gay men. He told the bench that LGBT persons had suffered a lot after the Kaushal judgment because of Section 377’s inherent discriminatory character. Jayna Kothari, representing transgender rights activist Akkai Padmashali, pleaded for a broader interpretation of Article 15 to include both sexual orientation and gender. Shyam Divan, the intervenor for Voices against 377, made a fervent plea for declaring right to intimacy as a fundamental right under Article 21.

Justice Malhotra made a strong case against Section 377, observing that homosexual behaviour is not an aberration but a variation and that it is not human beings alone who indulge in homosexual acts but many animals too. She intervened to suggest that because of family and societal pressures, people with a different sexual orientation are forced to marry the opposite sex, leading to mental trauma.

Justice Chandrachud referred to Section 21 (1) (a) of the Mental Healthcare Act, 2017 which insists that there shall be no discrimination on any basis, including gender, sex, sexual orientation, religion, culture, caste, social or political beliefs, class or disability. It further says that every person with mental illness shall be treated as equal to persons with physical illness in the provision of healthcare. If Parliament itself recognises that sexual orientation cannot be a ground for discrimination for mental health treatment, then can it be any different when it comes to other issues, asked senior counsel CU Singh.

Guruswamy drew the bench’s attention to discrimination towards homosexuals in the application of the Protection of Women from Domestic Violence Act, 2005.

As the hearing will continue, the bench is sure to find more reasons to strike down Section 377 and consign it to history. But if the hearing during the first three days is any indication, the bench is concerned that Section 377 is not just a hindrance to free exercise of sexual rights between two consenting adults, but other non-sexual rights as well, such as the right to have a life partner or to make love. With the centre displaying its ambivalence on the issue, the outcome of the case is likely to have profound significance for the future of not just LGBTs, but the very principles of equality and non-discrimination in India.