While attacks by Maoists on security forces have been going on for years, the real sufferers are the Adivasis who are caught in the crossfire

On April 24, Maoists carried out a deadly ambush in Sukma district of Chhattisgarh, killing 25 CRPF men and injuring scores of others when they were on their way to securing a road being constructed there. Sukma is part of what security experts call the “Red Corridor’’ running from Orissa through Chhattisgarh, Madhya Pradesh and on to Andhra and Maharashtra.

The attack took place not far from the CRPF battalion camp at Burkapal. Unfortunately, by the time help arrived, the deed had been done and the Maoists had vanished into the surrounding forests. The attackers took away weapons from the dead security men: a dozen AK-47 rifles, light machine guns, two assault rifles, grenade launchers and a number of wireless sets. On March 11, a similar attack had occurred not far from that spot and 13 CRPF men were killed. So the signs of a renewed regrouping by the armed left-wing outfit were there for all to see.

Sukma district in Bastar area is a stronghold of the Maoists. Seven years ago, in April 2010, the guerrillas killed 76 CRPF men. Three years later, in May 2013, they ambushed a convoy of politicians travelling back from a meeting in Sukma and wiped off 28-members of the state Congress party. Those killed included well-known Congress leader Vidya Charan Shukla, a former pradesh Congress president and a tribal leader, Mahendra Karma, as well as his son. Both were killed brutally as they were on top of the hit list of the Maoists as they blamed them for a number of vicious attacks on their cadres.

Considering the recent history of Maoist attacks in this area, it is surprising that the CRPF were so careless. Questions have been raised about how long it will take for them to learn the basic lessons and why better precautions were not taken. Will more and more men walk into traps set up by the Maoists? There is little point in blaming the ordinary jawan. The finger must point to the top levels of the force as well as the home ministry.

Now that the injured have been flown out and the dead buried, the CRPF will be combing the surrounding villages to ferret out the sympathisers who gave shelter to the Maoists. When the state police gets into action, it is even worse. The villagers are thrashed, the women sometimes stripped, molested and even raped and young men, arrested.

More often after such incidents, the youth leave the villages and hide in the forests for fear of false charges being slapped on them. Human rights abuses, however, are often perpetrated by the state police than the CRPF.

A People’s Union for Democratic Rights (PUDR) report refers to a large number of “permanent warrants’’ issued against Adivasis. Many are declared absconders. A rough estimate indicates that as many as 15,000-35,000 people live under the threat and fear of these warrants in nearby Bijapur area alone. Many young Adivasis, when caught, are forced to confess that they are Maoists and then made to surrender. It is time the local police impressed on their bosses at the state headquarters and in Delhi that the tide has turned.

As the areas where they live are isolated and rich in minerals, the Adivasis are in constant fear of the land being taken away from them

Though the actual culprits have fled the scene, they know the CRPF men will come after them seeing this carnage. In cases like this when their colleagues are killed, men in uniform often go berserk and attack the villagers. This happens across the world in all conflict zones. The men give vent to their frustration by turning on the villagers. It has happened in Kashmir, Punjab, Nagaland and in Manipur.

At the heart of the problem is lack of development. The road that the slain CRPF men were to guard was built with the object of making these areas accessible. But the Maoists know that a road will help the forces move in faster and help them keep better vigil on their activities.

The low intensity warfare between the state and Maoists has been going on for over two decades. It has been fought in interior forest areas hidden from the public eye. The real sufferers are the ordinary Adivasis who are caught in the crossfire between the police and the CRPF on the one hand and the Maoists who kill every suspected informer on the other hand.

Scholar and human rights activist Bela Bhatia said: “The smell of gunpowder barely reaches cities but war is an everyday reality for Adivasis living in the hinterland. You can imagine the plight of people who are caught in the crossfire between Maoists and security forces for a decade.”

As the areas where they live are isolated and rich in minerals, the Adivasis are in constant fear of the land being taken away from them. Ever since the 1991 economic reforms, land has been leased to mining firms in Orissa, Chhattisgarh and Jharkhand. Adivasis feel they are being thrown out of their own land when it is bought at a cheap price from them. This fear makes many of them support the Maoists. The UPA’s Forest Rights Act, if properly implemented, will give much needed relief to the Adivasis.

Human rights activist Gautam Navlakha endorses former Congress minister Jairam Ramesh’s suggestion for a 10-year moratorium on mining in tribal areas. “This will bring down the level of anxiety of local tribals that their land and livelihoods are being snatched from them.’’

Ramesh himself could not get this done. It is unlikely that the BJP will agree to it. “But this is a good way to begin building trust,’’ said Navlakha. “Successive central governments have failed to abide by the 5th schedule of the constitution as well as implementation of the Panchayat (Extension to the Scheduled Areas) Act passed by parliament in 1996. The Forest Rights Act must also be tweaked to protect the interests of Adivasis,’’ he said.

Navlakha believes that the Maoists are fighting for the rights of the Adivasis which both the Congress and the BJP have ignored. Laws have been passed but successive governments have found ways to tweak them so that they can get around them and ensure that the exploitation continues in the name of development.

At a time when the ruling BJP and its large Hindutva support base is promoting ultra-nationalism, criticism of state troopers fighting “enemies of the state’’ is frowned upon. The common perception is that the Maoists are violent and a danger to the Indian state. Few give a thought to the plight of the ordinary Adivasis who have to live through this constant hellfire. The state police and the CRPF are tough and so are the Maoists. Those suspected of being informers are killed.

Where will this end? No government wants to talk from a position of weakness. The security forces want to get an upper hand and then begin talks with the Maoists. But neither side seems interested in negotiations. The mood in the government after losing so many men will naturally be belligerent.

Manoranjan Mohanty, a Delhi-based sociologist, thinks it is time the government reworks its strategy in dealing with the Maoists.

Area domination does not work. Trusted civil society groups can help in getting the two sides together. Simultaneously, Mohanty said, the administration must implement government welfare schemes in Adivasi areas. Many of the welfare measurers had worked well. The Maoists usually do not disrupt schemes that benefit the Adivasis. Often, paramilitary forces use the opportunity to arrest alleged “suspects’’.

But is anyone ready to listen to saner voices? 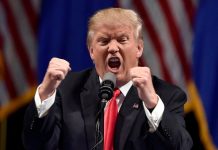