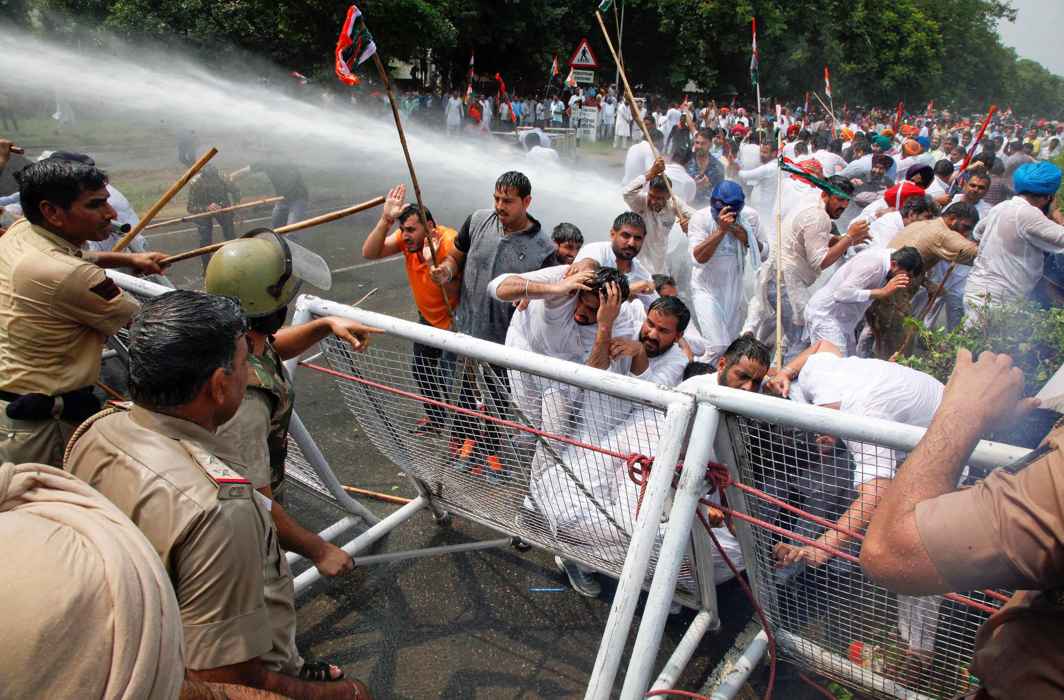 Above: File photo of the quota stir/Photo: UNI

Supreme Court bench of Justices Adarsh Goel and UU Lalit has laid down guidelines to prevent misuse of the Scheduled Castes and Tribes (Prevention of Atrocities) Act, 1989, while deciding a case filed by Dr Subhash Kashinath Mahajan against a May 5, 2017, order of the Bombay High Court.

While the Act protects SC/ST members from casteist abuse and discrimination, the Court’s guidelines will now protect public servants and private employees from arbitrary arrest under this Act. The Court observed that the legislation has become an instrument to “blackmail” innocent citizens and public servants.

The order came in response to a petition filed by Mahajan, Maharashtra’s director of technical education, who challenged an order of the Bombay High Court rejecting his plea for quashing an FIR registered against him for disallowing prosecution of a department official. The official was charged with making adverse remarks against an employee, Bhaskar Karbhari Gaidwad. The apex court said the proceedings were “clear abuse of process of court”. It also noted a press statement dated March 19, 2015, issued by the central government, which said that in the issue of false cases, relevant sections of the IPC can be invoked.

The Supreme Court also considered the observations of a Standing Committee of Parliament which said that there was a need to safe-guard innocent citizens from false implication and un-necessary arrest for which there was no sanction under law and which was against the constitutional guarantee and laws for arrest laid down by the Court. 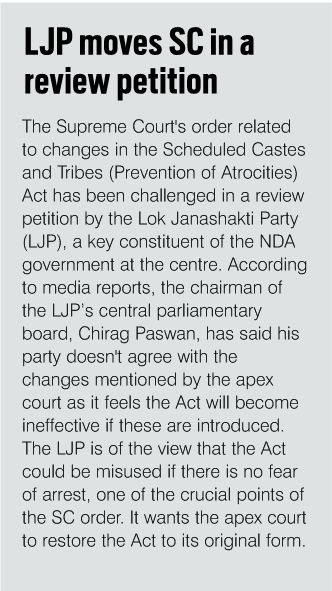 The petitioner asked whether any unilateral or motivated allegations can be a ground to prosecute officers who work in their official capacity and, if such allegations proved to be false, what protection was available for them. The Supreme Court ob-served that “Consideration of the issue whether directions can be issued by this Court to protect fundamental right under Article 21 against uncalled for false implication and arrests.”

The Court finally directed: “In absence of any other independent offence calling for arrest, in respect of offences under the Atrocities Act, no arrest may be effected, if an accused person is a public servant, without written permission of the appointing authority and if such a person is not a public servant, without written permission of the Senior Superintendent of Police of the District. Such permissions must be granted for recorded reasons which must be served on the person to be arrested and to the concerned court. As and when a person arrested is produced before the Magistrate, the Magistrate must apply his mind to the reasons recorded and further detention should be allowed only if the reasons recorded are found to be valid. To avoid false implication, before FIR is registered, preliminary enquiry may be made whether the case falls in the parameters of the Atrocities Act and is not frivolous or motivated.”

The Court further held that proceedings in the present case were a clear abuse of the process of court and were quashed. Further, it said that there is no absolute bar against grant of anticipatory bail in cases under the Atrocities Act if no prima facie case is made out or where, on judicial scrutiny, the complaint is found to be prima facie mala fide (see box).

In addition, a preliminary inquiry has to take place before filing an FIR. The new guidelines require the investigating agencies to ascertain whether the case falls under the ambit of the Atrocities Act or whether it is driven by political and personal reasons. To avoid false implication of an innocent person, the Court said a preliminary inquiry may be conducted by the DSP concerned to find out whether the allegations make out a case under the Atrocities Act and that the allegations are not frivolous or motivated. Any violation of the above mentioned clauses, it said, would lead to disciplinary action as well as contempt.

While the Act denies bail to the accused, the Court has now allowed anticipatory bail where there is no prima facie case.

“Unless exclusion of anticipatory bail is limited to genuine cases… there will be no protection available to innocent citizens,” said the bench. This should come as a beacon of hope for many innocent people who have been falsely charged.