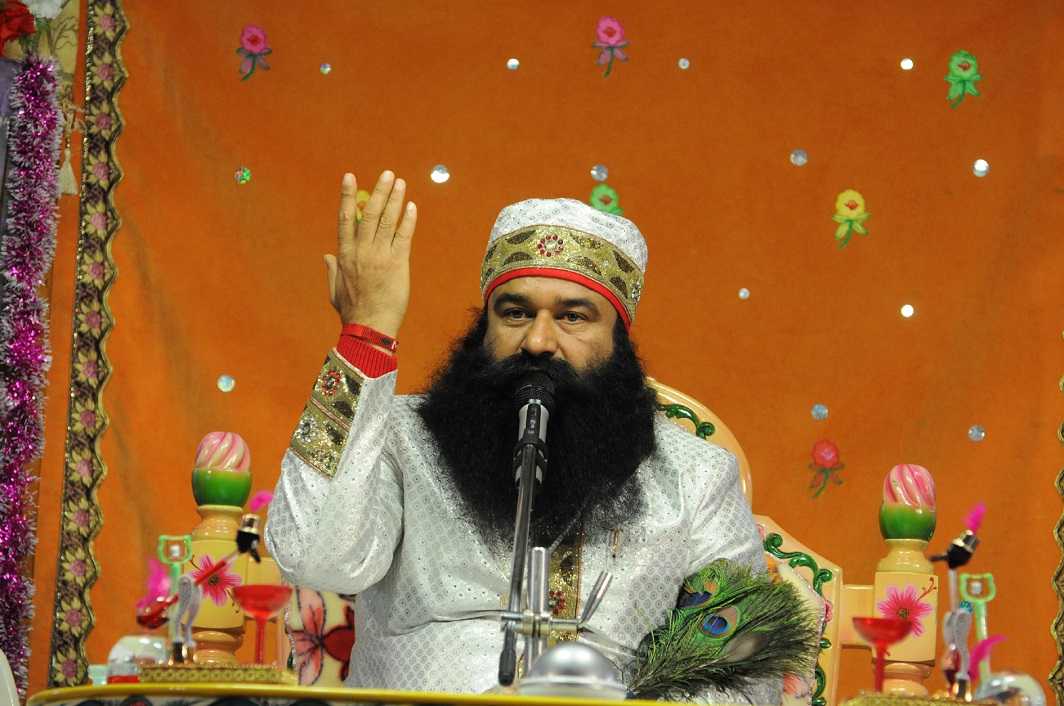 What makes a rape convict such a powerful force that his followers ignored his crime and took the law into their hands? The Dera Sacha Sauda website calls him Saint Dr Gurmeet Ram Rahim Singh Ji Insan. His followers address him as pitaji (father) or guruji. The Dera Sacha Sauda chief’s word is law for his followers and they feel no compunction in sprawling themselves on the ground that he has tread. As per the official claim of the Dera, his followers number 60 million or six crore. Such is the blind devotion among his devotees that they are willing to go any distance for a mere glimpse of him.

The rise of 51-year-old Baba Gurmeet Ram Rahim and the vast power he enjoys over his devotees is an amazing story. He was born in a landlord’s family at Ganganagar in Rajasthan. His parents were devotees of Dera Sacha Sauda and he too got drawn to it. He was spotted by the then Dera chief Baba Satnam Singh who picked him up as his successor at the age of 23.

There was no looking back for him since then. He is the third guru of the Dera. The first two gurus, Mastan Singh and Satnam Singh, were simple gurus and kept themselves strictly confined to spirituality. However, he adopted a flamboyant style and built up an image of invincibility. His catchment area was the marginalized (lower caste members of both Hindus and Sikhs).

Incidentally, Sikhism came into being to do away with the caste system and other discriminatory practices. But the reality is that such discrimination does take place. There are separate gurdwaras and even cremation grounds for the so-called “lower castes” among Sikhs. This factor gave rise to several deras.

Dera Sacha Sauda, for instance, accepts only those devotees who give an undertaking that they won’t smoke, eat only vegetarian meals and will abstain from drugs and liquor. This led parents to bring their children to the deras. Baba Gurmeet Ram Rahim, to his credit, also introduced several philanthropic activities like organising massive blood donation camps, planting trees, cleanliness drives, relief works and welfare initiatives. Among such activities was adoption of former sex workers and abandoned girl children as his daughters. He also created a larger than life image by producing and acting in a series of feature films which depicted him as someone with extraordinary powers.

However, his growing clout and the blind devotion of his devotees led to arrogance and misuse of powers and the Dera got embroiled in a number of controversial incidents. Besides the rape case involving sadhvis, he was accused of getting his driver, who had allegedly threatened to spill the beans, killed. A Sirsa-based journalist, Ram Chander Chhatrapati, who had been writing against the Dera, was also murdered. Incidentally, the case relating to the murder is also being heard by the court which has convicted the Dera chief. Then there were reports that he had ordered castration of a number of his devotees. These cases are also pending in courts.

The case involving the rape of sadhvis surfaced through an anonymous letter written in 2002 to then prime minister Atal Bihari Vajpayee with a copy to the Chief Justice of the Punjab and Haryana High Court. The Court took notice of the letter and asked the CBI to investigate the case. Its personnel spoke to about 20 former sadhvis, out of whom two testified that they were raped by the Dera chief. The hearings extended over 15 years with the Dera employing delaying tactics till the High Court intervened to wrap up the case.

It was the impression of invincibility and larger-than-life aura built around the Dera chief that finally led to his undoing. It is also a fact that the Dera, which has a substantial following in Haryana, had declared open support for the BJP as it was making a bid for power in the assembly in 2014. It was the first time since the formation of the state that the BJP had come to power on its own strength. CM Khattar had subsequently shared the stage with Gurmeet Ram Rahim while his education minister Ram Bilas Sharma had donated Rs 51 lakh from the state exchequer for construction of a sports stadium inside the Dera premises.