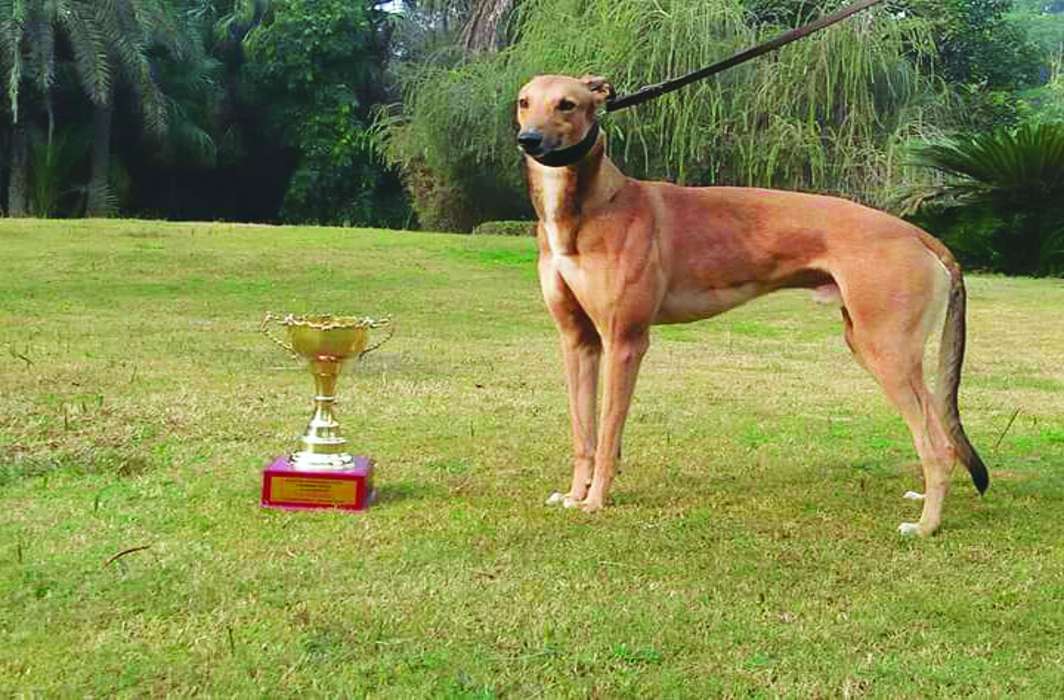 The craze for greyhound racing in pockets of Punjab has made it into an underground sport, facing the wrath of animal lovers. A first-hand account of how it operates

My host gets a call on his mobile and immediately his face lights up. “Great news,’’ he tells me, “today we are going underground.’’ We are in Bathinda, where my host, an affluent landowner and bon vivant, was trying to convince us poxy city dwellers of the benefits of the outdoors. Going underground seemed paradoxical to his pursuit till he informed us that we were headed for an illegal greyhound race nearby. He is a dog lover but greyhounds are literally a breed apart and are, to quote Bruce Springsteen, born to run. Like all underground activities, greyhound racing in Punjab operates on a need to know basis, which includes the cops and district officials who merely look the other way. Occasionally, greyhound owners will apply for a race to be run to the district magistrate who routinely turns it down. The race is run anyway, mainly for pride and not a big purse, and, like all things to do with Punjabis and Sikhs, it’s also a macho thing to be involved in, albeit illegal. It is much like Jallikattu in Tamil Nadu which has been officially banned but the local passion and tradition for the sport ensures it carries on in parts of the state. In Punjab, while greyhound racing was officially banned in the 1990s, its legality is, appropriately, a grey area since Punjab actually has a Greyhound Racing Board which argues that dog racing is a traditional element of Punjab’s sporting culture. Its latest petition counters the naysayers in terms of how the dogs are treated and will now be heard by the  Punjab and Haryana High Court. 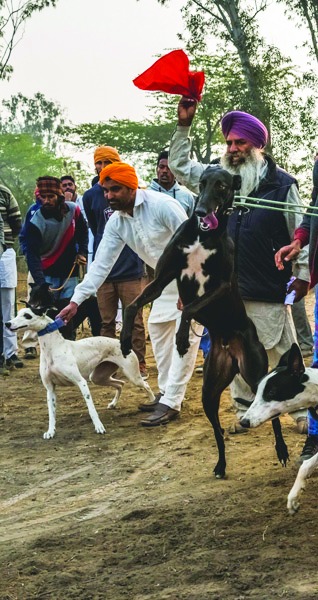 Maneka Gandhi and her posse of animal lovers have declared it as being cruel to animals—originally it was aimed at the live hare which was used as a lure to make the greyhounds chase it at full speed. Nowadays, they use a fake hare which is operated manually so the focus has now shifted to cruelty to the greyhounds. Having watched a greyhound race live and mingled with the owners, I can safely say that the greyhounds I saw were better looked after than most of the spectators. The race event was to take place some 15 kilometres outside Bathinda and by mid afternoon, when we reached the venue, the crowds had already started trickling in from surrounding villages and farms. Then came the participants—the dog owners in their air-conditioned SUVs (The AC was also meant to keep the pedigreed greyhound cool in the rear seat so it would be in peak condition for the race). There were about 10 racers, almost all imported from the US, UK or Ireland—many are brought in by NRIs from Punjab who also participate in the races. One gentleman I met was from Manchester and, being a football fan as well, had three greyhounds whom he raced in turns, named after famous footballers Messi, Ronaldo and Beckham.  Like the namesakes, his dogs were sprawled out on thick quilts while the handlers gave them oil massages to get their blood circulating and their legs in running order. Punjabis walk with a distinct swagger and the greyhounds have been infected with similar traits. Post-massage, they are walked around to get them ready for the race and they preen and prance like royalty, which, in a sense, they are. An imported greyhound with a racing pedigree will cost Rs 6 to Rs 8 lakh on average and my new ‘mate’ from Manchester told me it costs him Rs 500 a day for each hound: their normal feed is mutton, chicken and eggs in milk or curd, apart from imported vitamins and medicines.

By now, the area had already taken on the atmosphere of a village fair. Canopies had sprung up for the owners and VIPs, a loudspeaker system was being tested, a snack stall had sprung up, and, to my absolute astonishment considering it was an illegal sport, an OB van arrived to film the race and broadcast it on NRI channels abroad popular with the Punjabi diaspora who like to remain connected to their roots. This was rural Punjab in all its earthy glory. A tractor and a tiller were marking out the race track in the middle of fields of sugarcane. It would be around 80 metres long, I was informed by the organisers, local farm owners, and would be along a straight line and not the oval track that greyhound racing is run on in stadiums abroad. Villagers from surrounding areas were arriving in droves, alerted by the mobile network of race lovers. A local vet had been called in to tend to any problems—pedigreed greyhounds are sleek, fast and bred for racing but they are also fragile creatures because of the work they do. They run the track in about six seconds and hit speeds of around 60 kmph.

The race was about to start and the greyhound owners, along with assorted family members (all male) and expert handlers, moved in formation towards the starting line. A mock hare, a leather ball covered roughly in rabbit skin, was being rigged up attached to a long cord which would be pulled by a manual contraption. The three greyhounds in the first race lined up and a starter seated on a chair raised a white flag.

The hounds were straining at the leash, their long, thin bodies stretched to the limit of the leash. The flag came down, the leashes were un­hooked, and they were off in a blur of movement. They run, said Manchester, like a cheetah does, and I could see what he meant thanks to National Geographic.  Their bellies are inches from the ground and they streak across the track in a flash, with the results being met with either exuberant high fives or colourful Punjabi curses. There are five races in all and most races are between just two dogs. I find myself wishing Maneka Gandhi was here—no race lasts more than six seconds, the track length is far less than the stipulated maximum length of 250 metres, the dogs get enough rest between one race and the next. Messi runs in three races, finishing first in two, but there is enough time between races for him to recover and the crowds to indulge in some friendly banter with the owners. Also, in case of a photo finish as happened in one of the races. Thankfully, all was resolved peacefully with the help of slow motion replays from the OB van’s cameras.

By the time the last race ended it was dusk and the light was fading. There is token prize money, unlike in the UK, so the motivation is pride and passion for the sport. The winners are given trophies and the rustic atmosphere is spotlighted with the most unusual sight—the SUVs lined up with their headlights switched on to provide illumination for the prize-giving ceremony. Mr Manchester’s two race wins will, he says, buy him enough petrol for the day for his Ford Endeavour and a couple of days’ feed for his prized animals. What the local villagers find so appealing about this esoteric sport remains a mystery but then this is Punjab, where swag does not mean the gunny bags they normally carry on their muscular shoulders, but closer to the Hindi phrase Tashan, which means style, or let’s just say swagger.