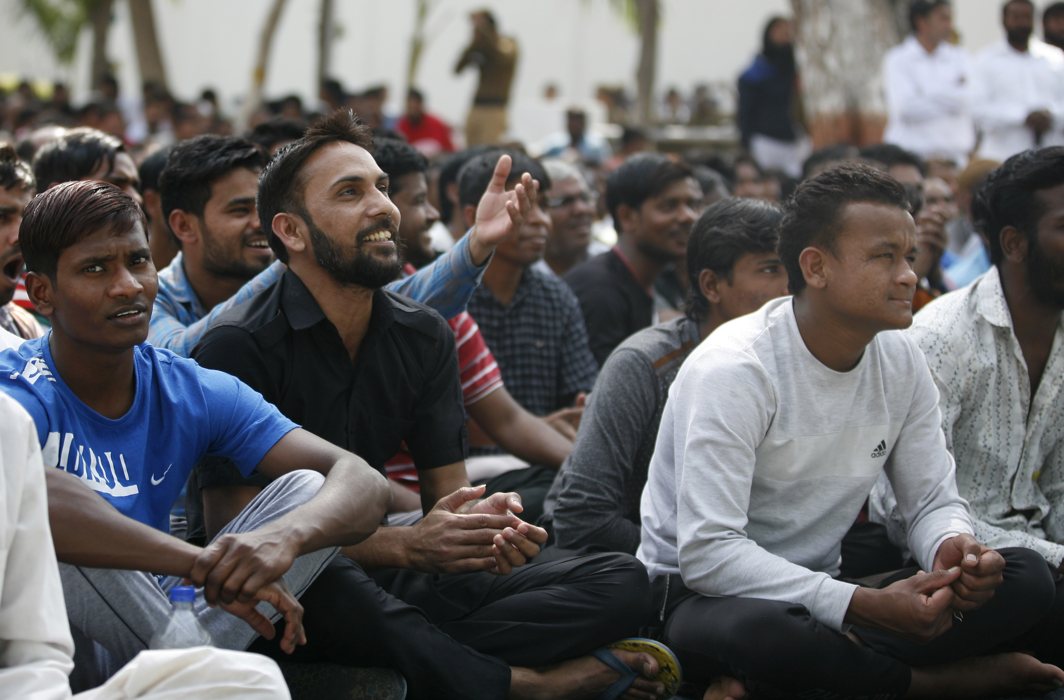 Above: Prisoners at Tihar jail enjoy a concert on the premises/Photo: Anil Shakya

Questions pertaining to diet plans, medical records and case files are being routinely asked by Tihar inmates through RTI

It is not only lawyers and NGOs who seek information about prison inmates in various jails under the Right to Information (RTI) Act. The Act has also become immensely popular among prisoners in Tihar Prison Complex, one of the highest security prisons in India.

From their diet plans, medical records, evidence in their case files, to inquiring about their release dates, the inmates are using their right to information in every possible way. In January, the prison received 59 applications, with an average of two queries per day. “The queries are varied. They ask about the quantity of milk distributed every day, whether kheer is provided as per the schedule, if sugar or jaggery is added in kheer, details of the doctor and medicines, missing facilities, and so on,” said a prison official.

The inmates seek information from courts, investigating agencies and the police with the hope that it might prove useful in their defence. While some of them file only once, many persist continuously, he said. Most of the RTIs are filed by undertrails. “The RTI Act is a guaranteed right under Section 19 of the Constitution. A prisoner can seek information using the guaranteed right about the facilities being made available to him in jail,” former state information commissioner of Uttar Pradesh Brijesh Kumar Mishra had observed in the case of convict Gulab who was incarcerated in Varanasi jail and had sought information through RTI.

It is mostly the inmates who have been in jail for several years who help others in filing the RTI queries. One of them was RK Sharma, a former IPS officer, who served more than nine years in Tihar. He was convicted for the murder of journalist Shivani Bhatnagar. He used to file at least one RTI application every month. It was his letter to the chief justice of the Delhi High Court in 2008 that expedited the process of providing telephone facilities to the inmates. Now, all nine jails within the Tihar complex provide this facility to the inmates on the basis of their track record. Sharma had also enquired about the criteria followed for paying wages to inmates, maintenance cost of inmates and payroll facilities in Tihar.

Some RTIs indirectly allege that prison officials have misbehaved, said another official. “Queries about the quality of food and supplies are common. Some have alleged that we deprive the inmates of the proper quantity of milk and sell the extra stock in the black market. We try and answer these as best as we can,” he said.

Shehjad, an inmate, asked through his RTI application: “If non-volunteers do not get their quota of milk, does that stock of milk go into the black market? Which officer is responsible for deficiency in distribution of milk in central jail number 5 in Tihar?”

Prisoners also often file RTIs to access their case reports and question the authenticity of the prosecution evidence in court. In one such case, the police claimed that the convict was arrested in Rohini in Delhi but according to him, he was arrested in Moradabad. To prove this, the inmate sought the details of his arrest, names of the policemen involved in his arrest and their call details through RTI.

RTI is also used to access medical records which the inmates do not have access to. Such records are used for bail.

OP Gandhi was arrested in a cheque bouncing case on November 23, 2010. Though he was granted bail after a month, he was convicted on November 26, 2013, and sentenced to a year’s imprisonment in Tihar. His sentence was till October 24, 2014, but he earned a remission of 83 days. He was to be released on August 2, 2014, but was illegally detained for an extra 18 days. He filed 36 RTIs enquiring about his illegal detention. When he approached the Central Information Commission, the commissioner directed the Tihar authorities and the Delhi government to pay suitable compensation and  Rs 1,000 for detaining him beyond his sentence.

He had filed several RTI applications to ascertain the reasons for non-payment of wages. The public information officer of the concerned jail had claimed that there were no dues. When Gandhi showed the attendance sheet marked by the medical officer (MO) in charge, claiming that he had done menial jobs like data entry, the superintendent and deputy superintendent stated that the MO had no authority to mark attendance. Hence, they would not consider it as work for which they must pay remuneration. They said that the senior MO could not issue such an attendance sheet unless sought by the authority. Gandhi claimed that he had worked with the SMO in January, February and for 15 days in March, but he did not get his wages for these days. After examining, the appellate authority directed the concerned officials to release his wages.

Such reforms were started when Kiran Bedi took over Tihar Jail in the 1990s. It is obvious that the RTI Act is bringing about a change for these prisoners.