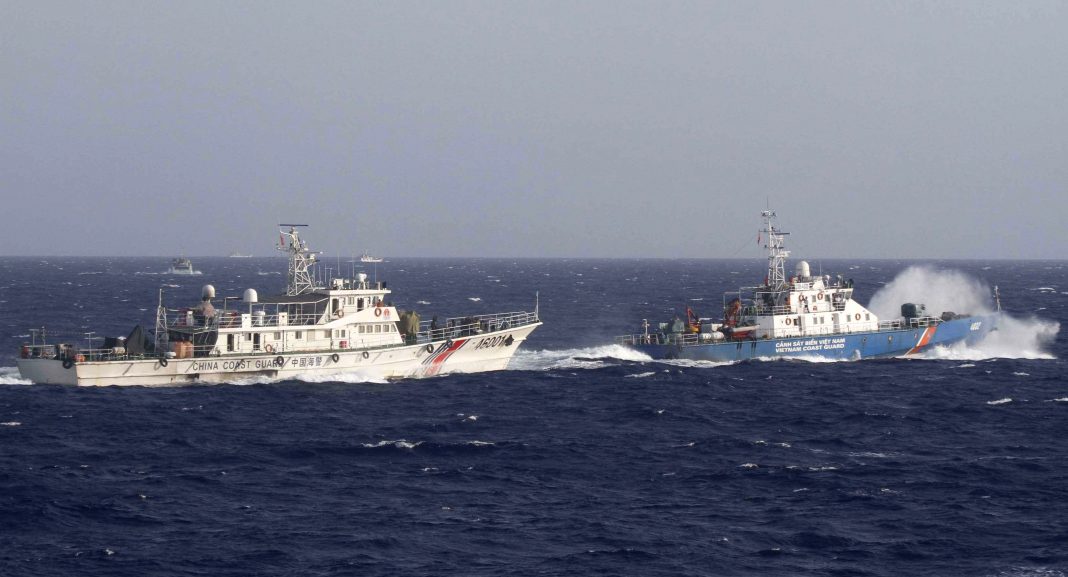 For the first time, Indian troops have gained strategic advantage in eastern Ladakh and dislodged China from there. But in order to understand the country, we should see how it is shaping under Xi Jinping.

Indian troops have brought Kailash range in eastern Ladakh under their operational control by occupying heights and thereby dislocated Chinese plans to grab territory to gain strategic advantage. For the first time, India has gained tactical advantage to disrupt any Chinese military adventure in the region.

This unexpected move by India, which had generally been bending backwards not to provoke China, has probably caught PLA troops by surprise. But the Chinese leadership had probably factored this while assessing the strategic reset of the Indo-Pacific security scene after the Quad Alliance gained more traction.

This was evident when Chinese President Xi Jinping addressed PLA members of the National People’s Congress on May 26, 2020. According to Xinhua, Xi “ordered the military to be prepared for the worst case scenario, scale up and promptly and effectively deal with all sorts of complex situations and resolutely safeguard national sovereignty, security and development interests”.

Xi’s utter disregard for India’s sensitivity after 20 Indian troops were killed in an unarmed skirmish with intruding Chinese troops at Galwan on June 15 triggered widespread anti-China sentiments among Indians. This added to the urgency of the government to rework its China strategy. India’s burgeoning new China narrative was evident in the operations to secure the Kailash range. It was also probably a moment of truth for Prime Minister Narendra Modi; during the last five years, he made relentless efforts to build a win-win relationship with China, but to little avail.

Harsh winter has set in in the 14,000-ft mountainous terrain in the operational areas of Ladakh. Temperatures are rapidly plummetting and have gone below -14 degrees Celsius. Thus, nature has forced what seven rounds of high-level military commanders of India and China could not achieve usher in uneasy peace along the unclear contours of the Line of Actual Control (LAC). In such hostile environment, chances of yet another military clash are remote. It would be foolhardy for any army to opt for war when extreme weather imposes high costs and restricts optimal performance of men and material.

This leaves the PLA with no prudent option to dislodge the Indians. So it has launched a propaganda blitz with a lot of doublespeak and military muscle flexing, using Chinese Communist Party (CCP) tabloids and social media. While the “no war-no peace” impasse continues, troops on both sides are preparing to fight their deadly common enemy the weather.

India’s “band aid” coping strategy for military emergencies in Ladakh was similar to what was done while confronting Pakistani intruders in Kargil. The band aid technique makes up for long-standing deficiencies of arms and equipment essential to wage war, with hurried purchases to ward off operational crises. In Kargil, shortage of artillery ammunition for Bofors guns was made up with emergency imports from overseas.

The narrative has not changed much, though three defence ministers have changed in the last seven years. Of course, there has been some progress; we have overcome decade long deficiencies in artillery guns. Indian made guns, with capability surpassing the Bofors, have been deployed. But we had flown in more Rafael fighters from France to add muscle to our depleted fighter squadrons.

The Ministry of Defence has dusted off long-pending orders for military equipment, including basic weapons like small arms, for procurement. Not to be sidelined, DRDO showcased its achievements in developing and testing prototypes of much delayed armament. There was some justifiable chest thumping in the media about the army’s prowess in fighting in high altitude conditions. But in the informatised battlefield of the 21st century, fire power improves the odds. But for a change, the government seems to be thinking beyond the usual media rhetoric.

It was heart-warming to see the national leadership giving some serious thought to evolve a holistic China strategy beyond military and diplomatic options. Some visible measures have been taken, including removing many Chinese mobile apps considered risky. The government has started scrutinising Chinese involvement in India’s trade and commerce, with a security perspective. Some TV anchors immediately went into overdrive, talking of even retaking Aksai Chin. They seem to have not noticed the state of our defence readiness to defend existing assets. Nothing illustrates this than rushing to procure 12,000 sets of extreme cold clothing from the US for troops in Ladakh. This is after deploying them for 36 years in equally inhospitable environment.

The moot point is that we are in for the long haul. We need to strategise where to go from here. We have barely touched the fringe of national policy making on China, waking up suddenly from decades of strategic complacency, after failing to develop a strategic vision. The new normal is likely to be grim our largest northern neighbour in collusion with our most paranoid western neighbour, applying strategic pressure in many ways. Are we ready for it? That is the big question.

We need to gear up the country to think as a nation to preserve our national interests. It is disheartening for the people, particularly in border areas, to see the lack of political unity on national security issues. We find this is a “democratic malady”, affecting not only India, but other frontline nations like the US which flaunt their democratic credentials.

Perhaps this is due to a lack of understanding of how China is shaping up under President Xi Jinping, hailed as the “Great Helmsman”, an honour the party has conferred only on Mao Zedong. He has departed from the practice of collective leadership adopted by his post-Mao predecessors. Instead, he has created Central Leading Groups, described as supra ministerial steering committees. His rise to the top of the party hierarchy has led to him being hailed as Xi Dada (Uncle Xi).

President Xi’s political thoughts have been incorporated in the state and CCP constitutions. They guide the country’s quest to realise the Chinese Dream. In 2013, the Third Plenum created the National Security Commission of the CCP to help Xi consolidate his control of national security. There should be no doubt that China is guided by an authoritarian leader, with full control over the three limbs of the country the party, the government and the PLA. The constitutional amendments carried out have removed term limits on his continuation in power. Unless Xi’s personality and the changes he has brought out are understood, it will be difficult to evolve a realistic China strategy.

The US State Department of Defence in a recent report titled “The Elements of the China Challenge” has unravelled the dimensions of challenges posed by China. It says that “few discern the pattern in China’s inroads within every region of the world, much less the specific form of dominance to which the party [CCP] aspires”.

The report states that the CCP “aims not merely at pre-eminence within the established world order an order that is grounded in free and sovereign states…. but to fundamentally revise world order”, placing the People’s Republic of China at the centre to serve its authoritarian and hegemonic goals.

Beijing’s unfolding actions of flexing its military muscles in the South China Sea to enforce its claim over it, raising threats against Taiwan to a shrill pitch, challenging the presence of US naval planes and warships and brow-beating smaller ASEAN powers are testimony to its authoritarian conduct.

If we go by past experience, India will slide into slow motion in crafting a new China policy. But, it would be folly to do so and wait for policy implementation. We need to impart urgency in our thought process and evolve a policy to suit not only our national interest, but also take advantage of the Indo-Pacific strategic dynamics, to add to our strength. Otherwise, the nation is likely to pay a very high price.