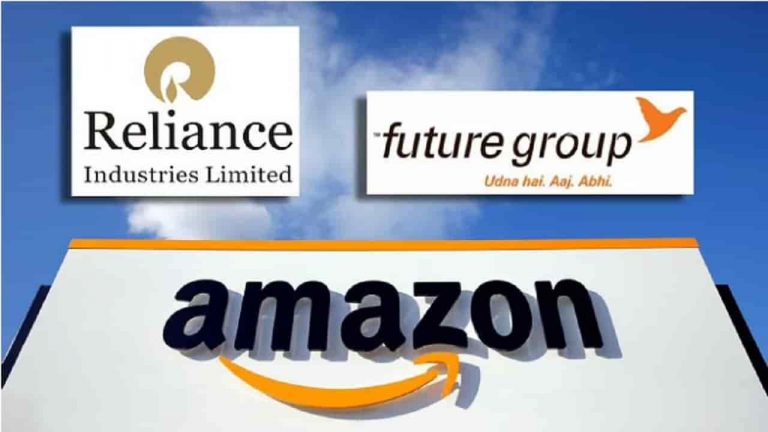 In a keenly awaited verdict, the Supreme Court held that Singapore’s Emergency Arbitrator (EA) award was enforceable in a plea filed by e-commerce giant Amazon against the Rs 24,731 crore merger deal of Future Retail Ltd (FRL) with Reliance Retail. A Bench of Justices RF Nariman and BR Gavai had reserved its judgement on July 29 after hearing an array of lawyers, including senior advocates Harish Salve and Gopal Subramanium, appearing for FRL and Amazon, respectively.

The verdict was keenly awaited as it was dealing with the legality and enforceability of an award by an EA of a foreign country in India, in view of the fact that the term “EA” is not used in the Indian Arbitration and Conciliation Act. Amazon.com NV Investment Holdings LLC and FRL are embroiled in a bitter legal fight over the deal and the US-based firm has sought in the apex court that the EA award was valid and enforceable.

In October last year, the EA granted an interim award in favour of Amazon. It had directed Future Group to put on hold its transaction with Reliance Retail.

On behalf of Amazon, it was argued in the apex court that the order of the division bench of the Delhi High Court suffered from the non-application of mind and errors on face of record. The apex court was going through the provisions of the Arbitration Act, including Sections 2(1)(a), 2(1)(c), 2(1)(d), and 19(2) to argue that the foundation of Arbitration Act was “party autonomy”. It stated that the principle of “party autonomy” was respected by the aforementioned provisions and delineated in several judgments of the top court. It was further argued that an appeal under Section 37(2)(b) of the Arbitration Act was restricted to granting an interim measure under Section 17(1) and not Section 17(2). It was submitted that the Arbitration Act was a complete code in itself and if an appeal did not fall within the four corners of Section 37, then it would be incompetent of being heard.

It was also argued that EA’s award could never be characterised as a nullity and ignored in entirety. Section 17(2) was once again referred to argue that enforcement orders were made under the Arbitration Act and not under the Code of Civil Procedure, as a result of which the appeal filed under Order XLIII, Rule 1(r) would not be maintainable. Lastly, the senior counsel for Amazon argued that the legislative object of allowing arbitral tribunal to pass interim orders under Section 17 was to decongest courts and free them from the burden of Section 9 petition under the Arbitration Act. When viewed from this perspective, the emergency award served the same purposes.

It was also argued on behalf of FRL that the scheme of Section 17(1) made it clear that a party may during arbitral proceedings apply to the arbitral tribunal. However, it was contended that under the Singapore International Arbitration Centre (SIAC) rules, an emergency arbitrator was appointed prior to the arbitral tribunal was constituted. Hence, EA in the instant matter was not appointed during arbitral proceedings and fell outside the ambit of Section 17(1). On Section 17(2), it was argued that the words “as if” contained a legal fiction which when taken to its logical conclusion would necessarily mean that enforcement proceedings would be outside the pale of Arbitration Act and in confines of Code of Civil Procedure, 1908.

Delivering its verdict, the Supreme Court referred to provisions of the Arbitration Act to observe that a proceeding could be administered by a permanent arbitral institution. Importantly, Section 2(6) made it clear that parties are free to authorise any person, including an institution to determine issues that arose between the parties. Also, under Section 2(8), the apex court noted that party autonomy went to the extent of including an agreement to be governed by the arbitration rules of an institution. Likewise, under Section 19(2), parties are free on the procedure to be followed by an arbitral tribunal in conducting its proceedings.

The apex court observed that Section 21 provides that arbitral proceedings under the Arbitration Act commence upon the date on which request for referring the dispute to arbitration is received by respondent. Similar was the position for emergency arbitrations under SIAC Rules. This being the case, it was held that when Section 17(1) used the expression “during the arbitral proceedings”, the expression would be elastic enough when read with Section 21 of the Arbitration Act to include EA proceedings instituted in the instant matter.

The  Supreme Court then turned to the argument on behalf of FRL that an arbitral tribunal as defined under Section 2(1)(d) spoke only of an arbitral tribunal that was constituted between the parties and which could give interim and final relief. The apex court clarified that like every other definition section, the definition contained under Section 2(1)(d) only applied unless the context otherwise required. The definition of an arbitration meant any arbitration whether or not administered by a permanent arbitral institution. This, when read with Section 2(6) and 2(8) would make it clear that an emergency arbitrator would also be included within the am­bit of Section 2(1)(d) of the Arbitration Act.

The Supreme Court held that there was no doubt that Parliament did not adopt the recommendation of the 246th Law Commission Report which provided for the insertion of an EA’s order into Section 2(1)(d) of the Arbitration Act. However, the apex court relied upon the decision in Avitel Post Studioz & Ors. vs HSBC PI Holding (Mauritius) Ltd. to hold that the mere fact that a recommendation of a Law Commission Report is not followed by Parliament, would not necessarily lead to the conclusion that what was suggested by the Law Commission could not be a part of the statute.

The Supreme Court noted that the object of introducing Sections 9(2) and 9(3) in the Arbitration Act was to decongest the clogged court system. Accordingly, the apex court opined that an emergency order would undoubtedly be an order which furthers the very object to decongest the court system. It also held that there could be no doubt that the legal fiction created under Section 17(2) of the Arbitration Act for enforcement of interim orders was created only for the limited purpose of enforcement as a decree of the court. To extend this fiction to encompass appeals from such orders is to go beyond the clear intention of the Legislature.

Further, the apex court relied upon the decision in BGS SGS SOMA JV vs NHPC which specifically rules out appeals under Order XLIII Rule 1 of the Code of Civil Procedure when it comes to orders being made under the Arbitration Act.

Thus, the Supreme Court concluded that there lies no appeal under Section 37 against an order of enforcement of EA’s order made under Section 17(2) of the Arbitration Act.