Covid-19: How to punish people not wearing masks, wonder courts 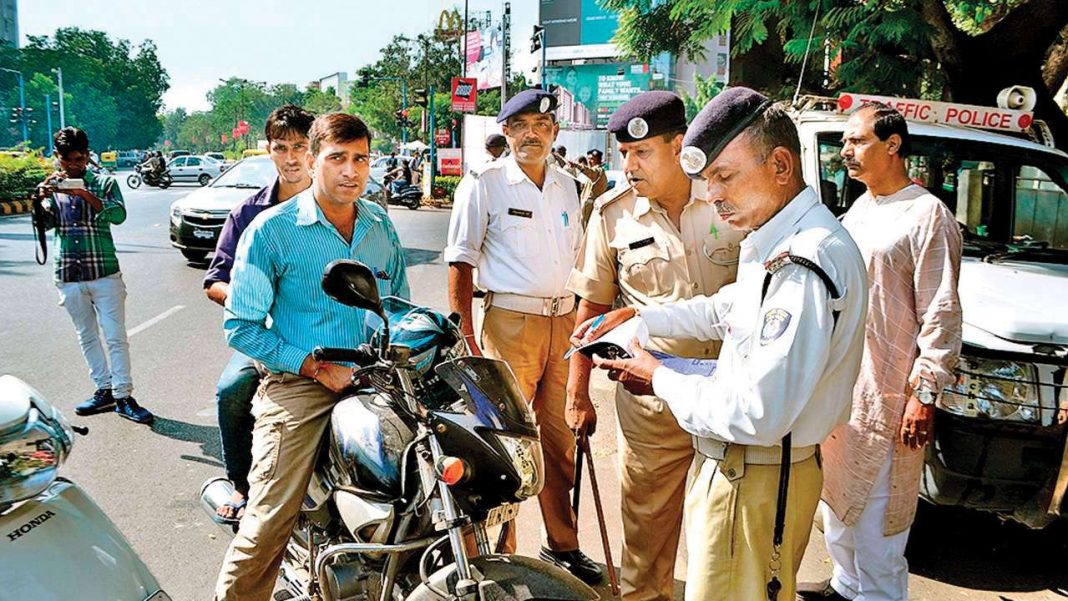 The Supreme Court has overturned a Gujarat High Court order which said that those not wearing masks be sent for community service. The apex court said that this could be a possible source of health problems.

Adhering to Covid-19 protocols is probably the only way to stop its onward march. This includes wearing masks, maintaining social distancing and using sanitisers. But this is often not taken seriously by the common people, leading to penal action and at times, courts’ censure.

This is what happened recently when the Gujarat High Court decided to act against those who failed to adhere to Covid-19 norms. The Court directed the state government to ensure that those who did not wear masks be compulsorily sent to Covid-19 care centres for community service. It asked the government to issue a notification in this regard.

“Any person found not wearing or using face mask cover in a public place and/or violating the Covid protocol of social distance shall be mandated to do community service at any Covid centre run by local authorities,” the Court said. “Such mandate of community service to be implemented for all violators without any discrimination. These duties shall be non-medical in nature, such as cleaning, housekeeping, cooking…,” it further observed.

But the Supreme Court did not see eye-to-eye with the Gujarat High Court. A bench of Justices Ashok Bhushan, R Subhash Reddy and MR Shah on December 3, 2020, stayed the order, calling it disproportionate and a possible source of health problems. However, the apex court affirmed that masks are compulsory and violators should be penalised as per law.

The apex court order followed a special leave petition filed by the Gujarat government challenging the order of the High Court, which was delivered by Chief Justice Vikram Nath and Justice JB Pardiwala. The state government urged the apex court to pass an interim order and stay the directions of the High Court as they were judicially unmanageable and had no authority of law.

As per the submission made by the Gujarat government, the High Court had failed to consider that in deference to its earlier orders, the state had already increased the fine for not wearing face masks/covers and penal action was being taken for strict implementation of social distancing and other norms pertaining to Covid-19. The Court’s directions to utilise the offenders for non-medical services at Covid centres imposes an additional responsibility on the state in respect of monitoring the well-being of such offenders, it asserted.

Solicitor-general of India Tushar Mehta, appearing for the state, argued that the High Court order only exposed the violators to a higher health risk. Mehta argued that though the problem of people not following the mask norm was acute, the High Court order was not the solution. The cure was more harmful than the disease, he stressed. The order, which was well-intentioned, had the effect of exposing those caught without using a mask to a higher health risk, he said. Justice Shah agreed it was a very difficult order to execute and implement. He, however, expressed concern over the fact that masks and social distancing norms were not being followed. “There was no political will to implement these norms,” he said.

In an interview to India Legal, Dr Abhishek Kumar Singh, General Physician at Ram Manohar Lohia Hospital, Lucknow, said: “The stay order passed by the Supreme Court is very accurate from the medical point of view. The direction of the High Court is quite harsh. I am aware that a large number of people are not following Covid-19 guidelines, but imposing community service on them is not helpful as it exposes healthy people to health risks. If the violators are forced to work, they could become carriers of the disease.” He asserted that the government should implement Covid-19 guidelines in a proper manner. People must also realise the consequences of acting irresponsibly.

Following on the heels of the Gujarat High Court order, the Allahabad High Court also directed the Uttar Pradesh government to consider the feasibility of making those who violate the law of wearing masks do community service. A Bench of Justices Siddhartha Varma and Ajit Kumar after taking note of the rise in active Covid-19 cases in the state, especially in the districts of Lucknow, Ghaziabad, Meerut, Kanpur Nagar and Gautam Budh Nagar, said: “The Chief Secretary, State of UP may see to the feasibility of having community service by such persons who violated the law of wearing masks in terms of the aforesaid order of the Gujarat High Court.”

But in the light of the Supreme Court order, one wonders if these orders will be carried out.

Read Also: A4 paper in courts: Orissa HC disposes of plea since its prayer is already being considered

Did you find apk for android? You can find new Free Android Games and apps.
Share
Facebook
Twitter
Pinterest
WhatsApp
Previous articleA4 paper in courts: Orissa HC disposes of plea since its prayer is already being considered
Next articleMumbai court directs police to probe defamation complaint by Javed Akhtar against Kangana Ranaut