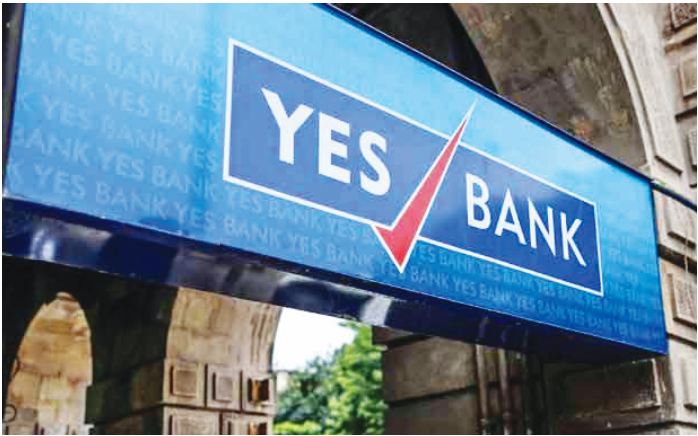 Ignoring the advice of experts, the RBI’s Internal Working Group has recommended the entry of business houses into the banking sector. This can have dangerous repercussions for depositors and shareholders.

With the intention of introducing comprehensive reforms in the banking sector, the RBI’s Internal Working Group (IWG) has decided to permit big corporate and industrial outfits to own banks. According to the report of the IWG, business firms can openly apply for license or those dealing in lending activities can transmute their prevailing businesses to a bank.

Two crucial stipulations have been introduced by the working group to support this move. One is an amendment in the Banking Regulation Act 1949 which deals with connected lending and exposures between the banks and other financial and non-financial group units. According to Section 20 of the Act, banks cannot provide any loans or advances to directors. Secondly, to reinforce the RBI’s guiding method for large companies, the group has recommended that the regulator may scrutinise the relevant judicial provisions to prepare itself for the mammoth task.

If these suggestions get the green signal, it will mark the re-entry of India Inc into banking after four decades; the last round of bank nationalisation took place in 1980.

For the first time, the watchdog has moved beyond the normal terms on promoters’ eligibility and net worth and set a minimum threshold on assets requirement and operational record. The group has proposed to allow large non-banking financial companies (NBFCs) having at least 10 years’ record with an asset size of more than Rs 50,000 crore, including those within the fold of business firms, to convert to banks.

In addition, non-operative financial holding company structure has to be adopted by the NBFCs with varied business activities. Accordingly, entities such as Bajaj Finserv, Aditya Birla Capital and Tata Capital, which also have insurance and asset management activities, have to rearrange their corporate edifice.

It would also allow the entry of various industrial consortiums aiming to enter the commercial banking zone since 1993. In 2008, the Committee on Financial Sector Reforms led by Raghuram Rajan strongly rejected the admission of corporate businesses into banking and observed that exclusion is necessary like it is in the US. The Committee also declared that until there is private governance and governing capability progress, prohibition is needed.

Despite the fact that the RBI had allowed corporate and industrial units to apply for a banking permit in 2013, no corporate body was given permission because they did not meet the standards. Only two organisations—IDFC and Bandhan Financial Services—were nominated for a license. The apex bank reinstated the time-honoured ban on the entry of corporate establishments into banking in 2014 and this has been its viewpoint since then.

The propositions of the IWG have created tremors among banking leaders and wizards like former RBI governor and deputy governor Raghuram Rajan and Viral Acharya, respectively, who have labelled it as a “bombshell”. Other credible voices have upheld their opinion (see box). The problematic issues include inherited distrust in the banking sector and irrepressible weaknesses in the regulator’s ability and autonomy.

The foremost disagreement with the proposal is that business firms stage manage the system and stakeholders’ wealth as they can get finance effortlessly and without any interrogation if they have an in-house bank. Of late, the banking sector has witnessed many failures of public and private sector banks due to the greediness and dishonesty of those controlling them, with dangerous upshots for shareholders and depositors. Adjoining a bank to a corporate entity definitely augments its economic strength just like how politicians have utilised banks to promote their political interests. By owning banks, corporate houses will be tempted to misuse the funds by diverting them to their buddies, cronies, customers and suppliers. Although many firms have power to run banks, they do not stimulate trust when it comes to governance.

Secondly, business establishments may transmit funds domestically and globally through a large network of firms. Because of this feature, supervising their financial transactions and locating interrelated lending will be difficult. This situation will necessitate the support of numerous law prosecution bureaus, and business entities may use their political influence to prevent such cooperation. Even though the group suggested that the RBI should be armed with necessary legal power to deal with interconnected lending and procedure, in India, it is foolish to assume that any legal outline and administrative system will be sufficient to deal with the intrinsic threats of interrelated lending.

Thirdly, hostility between the RBI and the corporate entities will damage the image of the former. Moreover, the regulator may have to face massive pressure to compromise on rules and regulations. As a result, it may lose reliability.

Fourthly, public sector banks are in dire need of capital that the government is incapable of giving and the entry of corporate players could probably be a prologue to privatisation. Also, the valuations of public sector banks have taken a hit in recent years, thereby giving an incentive to business firms to acquire them and jeopardising their financial solidity.

Lastly, the group contends that terms pertaining to the entry of corporate players who own NBFCs into banking should be eased as the RBI knows them well and has controlled them professionally. This is clearly misleading and hypocritical because there is a big gap between a corporate owning an NBFC and a bank. Bank possession offers access to public protection net, whereas NBFCs don’t. The reach and power that bank ownership offers are very different from that of NBFCs. Therefore, the restrictions that apply to a corporate firm with no presence in the banking industry should be similarly applicable to corporate firms that own NBFCs.

The IWG’s recommendation in allowing corporates to establish banks and amendment of the Banking Regulation Act is a harmful step. This will give rise to crony capitalism and fiscal uncertainty. The RBI should learn lessons from the East Asian loans crisis which led to one of the biggest financial crashes in the world and started in Thailand in 1997 due to connected lending. Thus, corporate entities possessing banks barely meet the benchmark of strong restructuring.

The RBI needs to be shrewd and design power packed reforms urgently needed for the banking sector. It should reveal its smartness through action, not reaction. Accurate and strict safeguards are needed before it allows billionaires to start banks.

Did you find apk for android? You can find new Free Android Games and apps.
Share
Facebook
Twitter
Pinterest
WhatsApp
Previous articleDelhi HC asks Delhi govt to explain why it isn’t allowing spas to open
Next articleRajoana case: Supreme Court asks Centre, when will you move on death sentence commutation