In a controversial move, the environment ministry will rank states on the basis of efficiency and timelines in grant of environmental clearances. But will this protect the rights of people and their livelihood? 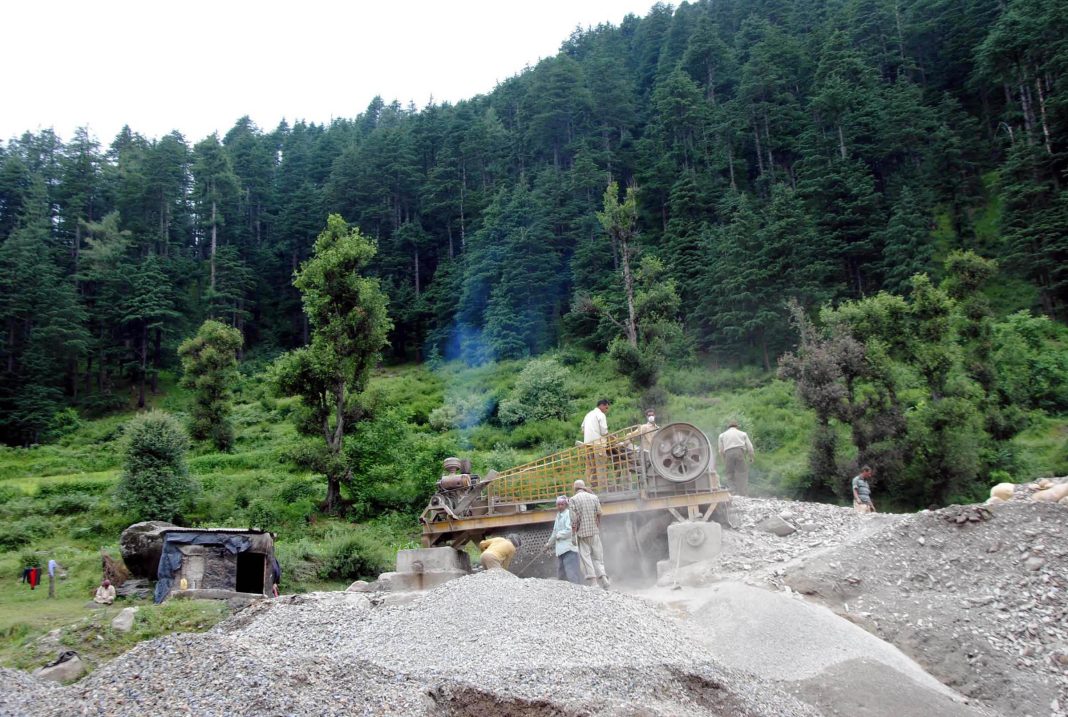 The Union Ministry of Environment, Forest and Climate Change has decided to rank states based on the speed with which they grant environmental clearances to development projects, specifically State Environment Impact Assessment Authorities (SEIAAs).

According to an office memorandum issued by the ministry on January 17, a meeting chaired by the cabinet secretary on November 13 last year on the action taken on “Ease of Doing Business”, discussed the issue of “ranking of states based on the time taken in according clearances”.

The average time to grant environmental clearances in all sectors has reduced significantly from over 150 days in 2019 to less than 90 days in 2021.

The SEIAAs are responsible for providing environmental clearance for a bulk of the infrastructure, developmental and industrial projects. Their main purpose is to assess the impact of the proposed project on the environment and people, and to try and minimise this impact. It has been decided to incentivise the states through a star-rating system based on efficiency and timeliness in grant of environmental clearance. This is intended as a mode of recognition and encouragement as well as for prompting improvements where needed.

The SEIAA, which clears projects in the shortest period of time, has a high rate of clearance, and seeks fewer “essential details”, will be ranked the highest. The parameters for the rating system is as follows: An SEIAA will get two marks for granting environmental clearance to projects in less than 80 days, one mark for less than or equal to 105 days, 0.5 for 105 to 120 days and zero for more than 120 days. The SEIAAs will be given one mark for accepting a proposal for terms of reference (TOR) or environmental clearances within five days, 0.5 for five to seven days and zero for more than seven days.

Based on these parameters, if an SEIAA gets more than seven marks, it will be ranked as 5-star (the highest ranking). The state authorities can be ranked as 5,4,3,2 and 1-star, depending on their cumulative score. Any SEIAA which gets a total of less than 3 marks will get no star.

Environmental Advocate Ritwick Dutta reportedly said that this order is absurd. How can you grade an institution according to the speed at which projects are cleared? The timeframe for clearances was anyway brought down to 75 days, which was a matter of concern, and done with the express purpose of clearing projects at the cost of the environment.

Dutta further said that in India, the biggest projects are given environmental clearances by the environment ministry under Category A. The SEIAAs give over 90% clearances across the country, primarily for construction projects. The World Bank itself has discounted the principle of ease of doing business, admitting that it does not work. This order is like telling a forest officer that the more he visits a forest, the less marks he will get. It violates every provision of the law.

Under former environment minister Prakash Javadekar, the time period for providing environmental clearance to a project was reduced from 105 days to 75 days in order to “streamline clearance processes’’. In a reply to the Lok Sabha on these clearances in March 2020, Javadekar stated that 69,414.32 hectares of forest land was diverted for non-forest purposes between 2014-15 and 2018-19.

Avinash Chanchal, climate campaigner and author, reportedly stated that environmental clearance to projects also impacts the environment and rights of people. Such a process must take all parties into consideration and ensure justice to all. Clearances cannot be given just to serve the interest of a few businesses. It is the responsibility of the ministry to protect the rights of the people and their livelihood through its decision and not endanger their existence.

Jyoti Pande Lavakare, environmentalist, reportedly said it seems that the government is ignoring sustainable development goals for monetary goals. The order does not specify whether all norms are to be mandatorily followed for granting environmental clearances. Clearly, they are not looking at ensuring minimal impact on the environment.

Dipankar Saha, former head of the CPCB’s air laboratory, reportedly said that doing work in a time-bound manner may not be a bad approach provided all mandates are properly followed.

There is criticism that SEIAAs will be reduced to rubber stamps authority where their performance will be judged by the speed with which they facilitate environmental degradation. The rating system is also against the environmental rule of law, violates Article 21 of the Constitution (Protection of Life and Personal Liberty) and is an arbitrary exercise of power to benefit only business at the cost of the environment and people.

The Environmental Impact Assessment (EIA) notification issued by the ministry includes the details of the procedure for obtaining environmental clearance and public hearing for decision making. The philosophy of the EIA is most essential to protect the environment and keep a balance between the ecology and the economy, development and pollution.

Did you find apk for android? You can find new Free Android Games and apps.
Share
Facebook
Twitter
Pinterest
WhatsApp
Previous articleAllahabad High Court grants bail to man and his wife accused of assault, rape of their relative’s daughter-in-law
Next articleAllahabad HC says municipal body has no right to check validity of application in compassionate appointment