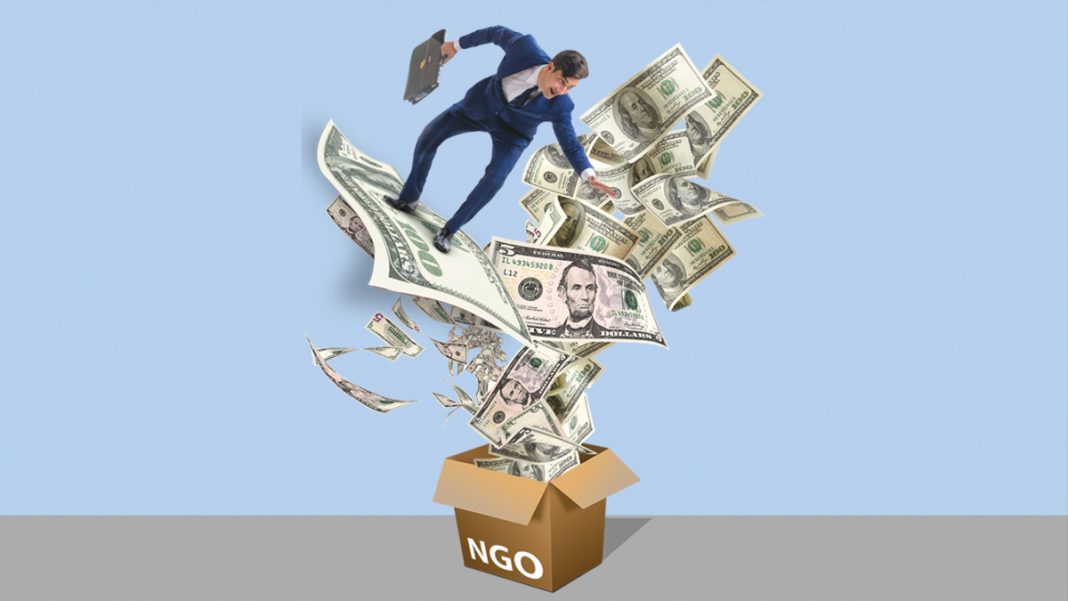 The rules for organisations seeking foreign funding have been tightened. But the fact remains that some are doing yeoman’s service and even filled the gap left by government programmes during the pandemic.

It is applicable to all associations, groups, individuals, companies and NGOs which intend to receive foreign donations and stipulates mandatory registration under the Act. The registration is initially valid for five years and can be renewed subsequently. Foreign contribution is the donation, delivery or transfer made by a foreign source.

The amended Act has some pivotal points. Section 3 sets out a list of persons who are prohibited from receiving foreign contributions, be they members of the legislature and political parties, government officials, judges, mediapersons, etc. The amendment made to this Section added “public servants”. While there was criticism that this is being done to target specific NGOs and individuals, yet it is hopeful of bringing a radical change by expanding the scope of the Act.

Other significant amendments include prohibition on transfer of foreign contribution to any other person, those seeking registration/prior permission/renewal to provide Aadhaar number of all office bearers, directors, key functionaries or provide copies of passport or the Overseas Citizen of India card in case of foreigners. Further, foreign contributions can only be received in an account designated as an FCRA account in a branch of the State Bank of India, New Delhi, as notified by the central government.

An amendment which could drastically affect the functioning of organisations, which includes societies as well as trusts, is Section 8. Under this, 50 percent of the contribution was allowed to be used for meeting administrative expenses. This has now been reduced to 20 percent. Meeting expenses within this 20 percent can be an obstacle. However, it may make the system more accountable and transparent.

Furthermore, on November 10, 2020, some crucial amendments were again notified by the home ministry in the FCR rules. To begin with, Rule 9 prescribes a process for obtaining registration and prior permission to receive foreign contribution. The most significant amendment was brought in by insertion of another clause (f) in sub rule 1 of Rule 9 by which a person seeking registration under Section 12 of the Act shall meet the additional condition that “it shall be in existence for three years and have spent a minimum amount of rupees fifteen lakh on its core activities for the benefit of society during the last three financial years”. The imposition of these conditions will further ensure that frivolous persons do not get permission for registration under the Act. However, there are exceptions where a person is controlled by the centre or a state government and conditions may be waived.

Additionally, this amended clause states that “if the person wants inclusion of its existing capital investment in assets like land, building, other permanent structures, vehicles, equipment in the computation of its spending during last three years, then the chief functionary shall give an undertaking that the assets shall be vested henceforth with the person till the validity of the certificate and they shall be utilised only for the activities covered under the Act and the rules made thereunder and shall not be diverted for any other purpose till the validity of its certificate of registration remains valid”. This certainly sounds a more definable step.

Next, sub rule 2 of Rule 9 has been amended and another clause (f) has been added. It states that

“a person seeking prior permission for receipt of specific amount from a specific donor, shall submit a specific commitment letter from the donor indicating the amount of foreign contribution and the purpose for which it is proposed to be given”.

In case the foreign donor organisation is an individual, he shall not be the chief functionary or office bearer of the recipient group and in case of a single foreign donor, 75 percent of the office bearers of the governing body of the recipient shall not be the family members or close relatives of the donor. These amendments suggest that no organisations will be permitted to circumvent the purpose for which foreign contribution has been asked for and received and shall not be allowed for personal purpose.

After Rule 9, Rule 9 A was added. It said that if prior permission is sought for a sum of over Rs 1 crore from a foreign contribution, the ministry may permit receipt in instalments provided that the second instalment is released only after proof of utilisation of at least 75 percent of the previous instalment and field inquiry. This again tightens the noose around these organisations and is aimed at halting misutilisation of foreign funds.

Rule 3 which provides guidelines for declaring any organisation (which is not a political party) to be of a “political nature” has been amended too. Now “organisations specified under clauses (v) and (vi) of sub-rule (1) shall be considered to be of political nature, if they participate in active politics or party politics, as the case may be”. The addition of this rider has relaxed norms for farmers, students, religious and other groups who are eligible for receiving foreign funds.

The amendments are intended to make FCRA registrations more stringent. But there is a contention that the government is using these provisions to clamp down on political rivals and voluntary organisations. Amnesty International was raided for misutilisation of funds owing to which the organisation recently halted its India operations.

The government has, however, made it clear that the intention behind tightening the rules is to check that such funds are not utilised for activities detrimental to the national interest. It said there were instances in the past where foreign funds received by certain entities could not be accounted for and there were also gross violations of FCRA. There were also suspicions that the funds were being misused. The government has already placed some international donors on a “watch list” or in the “prior permission” category, barring them from sending money to associations without the home ministry’s clearance. According to ministry data, since 2011, the registration of 20,664 associations was cancelled for violations such as misutilisation of foreign contribution, non-submission of mandatory annual returns and diversion of foreign funds for other purposes. As on September 11, there are 49,843 FCRA registered associations.

The fears of the government cannot be discarded altogether. Funds can now be tracked and those receiving it would be answerable for their utilisation. Besides, there can be a check on the number of religious charitable societies/NGOs who are accused of misutilising foreign funds contrary to their objectives.

While some of the amendments meant to regulate the working of organisations are laudable, the government must also be vigilant in ensuring that the work of genuine organisations is not hampered. Accountability and transparency must be from both sides.

Non-profit work in the social and public welfare sphere is generally dependent on foreign contributions and over regulating this sector might discourage them from being active. For instance, imposing a threshold limit of 20 percent on administrative expenses funded through foreign contributions may make it difficult for some to survive.

One should not forget that during the pandemic, non-profits often filled the gaps left by governmental programmes. Hence, a fine balance must be drawn to see that over bureaucracy doesn’t deprive the country of the help given by genuine organisations and civil society. At the same time, the objectives of the Act should not be compromised.

—The writer is Advocate on Record, Supreme Court