Two petitions have sought gender and religion-neutral laws in adoption and guardianship and for divorce and alimony in tune with the spirit of the Constitution after considering international laws as well. 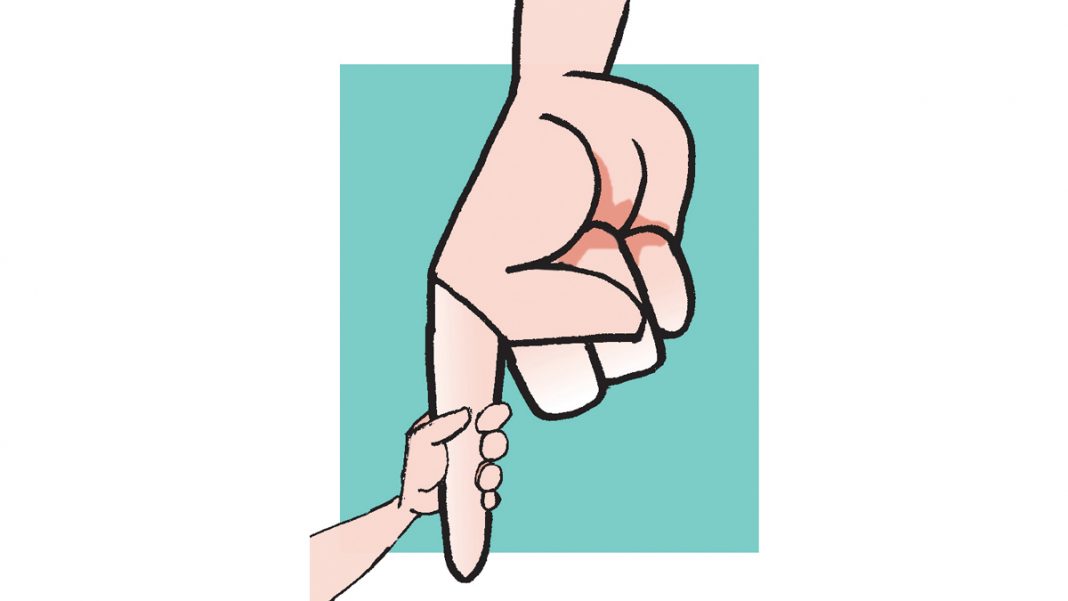 The Supreme Court recently sought a response from the centre on a PIL seeking a gender and religion-neutral uniform law on adoption and guardianship for all citizens. The petition was filed by BJP leader and advocate Ashwini Kumar Upadhyay.

A three-judge bench, headed by Chief Justice of India SA Bobde, issued a notice on the petition and tagged it with another one filed by Upadhyay where he demanded uniform grounds for divorce and maintenance which are both gender and religion-neutral.

The petition stated that no discrimination should be done on the grounds of religion, race, caste, sex or place of birth in cases of adoption and guardianship in the spirit of Articles 14, 15, 21, 44 of the Constitution and several international conventions. Upadhyay said that even after 73 years of Independence and 71 years of India becoming a democratic republic, Muslims, Christians and Parsis don’t have adoption laws. “Due to lack of a common law for all, Muslims, Christians, Parsis approach the court under the Guardians and Wards Act 1890. Muslims, Christians and Parsis can take a child under the said Act only under foster care. Once such a child becomes major, he can break all his relations,” his plea said.

The petitioner argued that Muslims are bound to follow the Kafala system under which a child is placed under a Kafil (guardian) who takes care of his/her upbringing, marriage and well-being, but the child continues to remain the descendant of his biological parents and not adopted.

“An adopted child cannot inherit guardian’s property and retains his biological name. If child’s family is not known, only then he can carry the name of adoptive family whereas in Hindu law adopted child turns to be the child of his or her adoptive father or mother for all purposes with effect from the date of the adoption,”

Upadhyay stated that the Court may direct the Law Commission to examine the laws of adoption and guardianship and suggest “Uniform Grounds of Adoption and Guardianship” in the spirit of Articles 14, 15, 21, 44 within three months, while considering international laws and conventions. He said that even though India is a sovereign, socialist secular, democratic republic and the Constitution has well-expressed provisions ensuring the citizens equality, liberty and justice, the State had failed to provide uniform grounds of adoption and guardianship. Adoption and guardianship are crucial elements in a person’s life, he said, but the complex and cumbersome procedures for these, which are neither gender-nor religion-neutral, cause great injury to the public.

Besides, uniformity is essential to secure fraternity, equality and dignity of a child and the State had failed to take steps in this regard, it added. It said that an adopted child by Hindus becomes equivalent to their biological child, whereas it’s the opposite for Muslims, Christians and Parsis. “Adoptive parents can be natural guardian of adopted son and his wife under Hindu Law but not in Muslim, Christian and Parsi Law.”

Upadhyay further submitted that personal laws governing marriage and secular activities like maintenance, guardianship, adoption, succession and inheritance go against the spirit of Articles of the Constitution. Adoption guardianship is crucial as they are directly related to and affect the mental health and psychological well-being of the adopted children. Therefore, uniform laws will strengthen the constitutional spirit.

Earlier on January 27, a petition was filed by Upadhyay in the Supreme Court seeking direction to the government for formulation of a law having uniform grounds of divorce and uniformity in grant of alimony for women, irrespective of their religious affiliations.

Also, a petition was allowed by a Mumbai-based women’s rights organisation called Bharatiya Stree Shakti to interfere in the main petition of Upadhyay. It is a registered association founded in 1988 and committed to empowering women, families and the society.

Bharatiya Stree Shakti had published a detailed report, “Efficacy of Laws Pertaining to Property and Marital Rights in Different Religions in India” in 2017 in collaboration with the National Commission for Women and wished to assist the Court in the formulation of a uniform law on divorce.

The UN General Assembly in 1948 had adopted the Universal Declaration of Human Rights which proclaimed: “All human beings are born free and equal in dignity and rights.” Two decades later, in another Declaration, the Declaration on Elimination of Discrimination Against Women, adopted in 1967, it was declared that discrimination against women, denying or limiting their equality of rights with men is fundamentally unjust and constitutes an offence against human dignity. It urges all governments to take appropriate measures “to abolish existing laws, customs, regulations and practices which are discriminatory against women, and to establish adequate legal protection for equal rights of men and women”.

The Constitution of India, following closely the above Declaration, guarantees to all its citizens equality of status and opportunity without discrimination based on the ground only of sex. Article 44 specifically mentions that the “State shall endeavour to secure a Uniform Civil Code for the citizens throughout the territory of India”. Article 14 grants “equal protection of law” to all citizens. But when it comes to personal issues like marriage, divorce, inheritance, custody of children, etc, all religions are governed by their personal laws.

Bharatiya Stree Shakti told the Court that for this reason, it may be permitted to intervene and place the relevant material before it for consideration. It said it had no pecuniary, proprietary or business interest in the subject matter and only seeks to assist the Court.