Taking a tough stand, the Court told the centre to deposit the Rs 10 crore Italy had paid it as compensation for the 2012 shooting incident in which two Indian fishermen were killed. 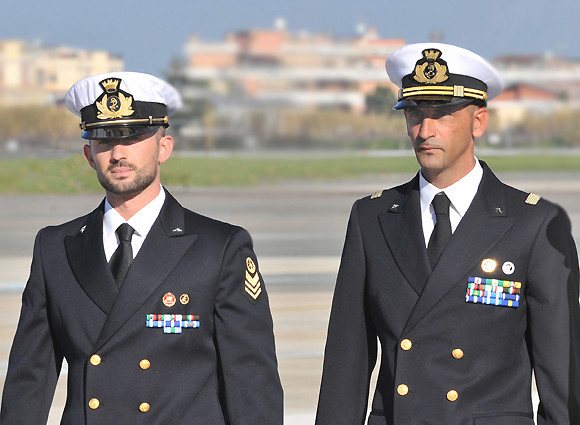 In an unprecedented move, the Supreme Court said that the criminal case against two Italian marines who killed two Indian fishermen off the coast of Kerala in 2012 would not be closed until the compensation was deposited and disbursed to the victims.

The Court directed the centre to deposit the compensation amount of Rs 10 crore to it. This is the amount Italy has paid to compensate the families of the deceased and injured fishermen. A three-judge bench headed by Chief Justice SA Bobde, and Justices AS Bopanna and V Ramasubramanian was hearing the case.

In 2012, Salvatore Girone and Massimilliano Latorre, two Italian marines killed two fishermen off the Kerala coast. Following the incident, they were arrested on charges of murder. An SLP was filed in the Supreme Court by the marines challenging a judgment of the Kerala High Court which held that the State had the jurisdiction to try these marines. “The Italian Marines who had shot dead two Indians on board the fishing boat, registered in India while fishing in CZ/EEZ of India are liable to the penal jurisdiction before the Indian courts,” the High Court had noted.

Later, on May 21, 2020, the Permanent Court of Arbitration at The Hague in Netherlands had ruled that India was entitled to compensation from Italy “in connection with loss of life, physical harm, material damage to property (including the ‘St. Antony’) and moral harm suffered by the captain and other crew members of the ‘St. Antony’, to the ‘St. Antony’), which by its nature cannot be made good through restitution”. The Tribunal, however, said that they cannot be tried in an Indian court.

The Supreme Court in its recent order noted that “…senior counsel appearing on behalf of the Republic of Italy submits that the amount of compensation payable in terms of the Award dated 21st May, 2020 will be deposited by his client with the Republic of India in the particular account to be specified by the Ministry of External Affairs….”

Solicitor General Tushar Mehta appearing for the centre submitted before the Court that Italy has offered to pay Rs 10 crore in damages. The families of the two deceased fishermen have agreed to a compensation of Rs 4 crore each, in addition to the Rs 2 crore already paid by Italy. The injured owner of the boat also consented to receiving damages of Rs 2 crore. Mehta said that the families have been adequately compensated and proceedings before this Court and a criminal trial pending before a special court in Delhi should be closed.

The counsel appearing for the state of Kerala submitted that the compensation amount should be deposited in the Supreme Court first. CJI Bobde added: “We will ask the award to be deposited in this court only after that this case will be closed.”

Senior Advocate Suhail Dutt, appearing for Italy, submitted that he was waiting for instructions from the ministry of external affairs to give them the account number for depositing the amount. Mehta informed the Court that he would provide the account details that day and thereafter deposit it in the Supreme Court within the next three days.

The Supreme Court had previously refused to pass any order on the centre’s plea seeking closure of the case, stating closure would take place only after hearing the victims’ families and compensation is paid to them.

Following this, India on July 3, approached the Supreme Court seeking disposal of pending proceedings in Chief Master Sergeant Massimiliano Latorre and Others v Union of India and others. Mehta, appearing for the Union government, had submitted before the bench that Italy had assured the Indian government that it would criminally prosecute the marines and provide compensation to the victim’s families. He further argued that as the marines are now under the public prosecution of Rome, all cases pending before the Supreme Court be closed. The bench, however, insisted that adequate compensation be paid to the victims’ families.