Green shoots: Kejriwal govt’s tree transplantation policy a first but will it work? 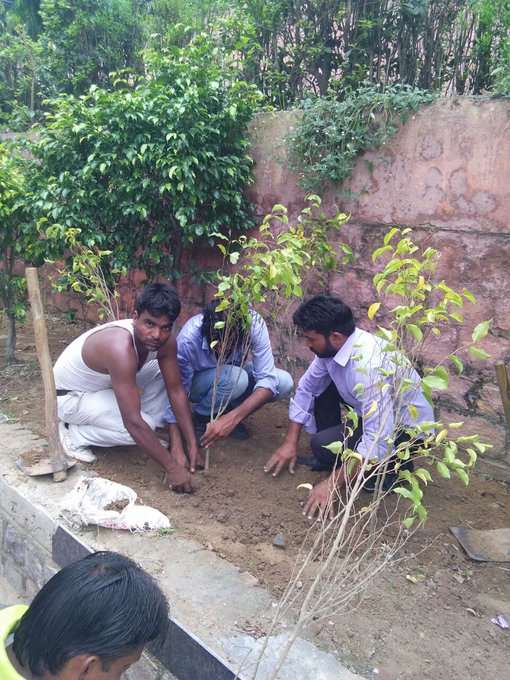 The Delhi government has notified the Tree Transplantation Policy 2020, the first of its kind in the country. Will it work?

In order to compensate the loss of greenery in the national capital due to development activities, the Arvind Kejriwal led Delhi government has notified the Tree Transplantation Policy 2020 according to which a minimum of 80 percent of the trees affected by development activities shall be required to be transplanted. Construction agencies have been directed to take adequate measures at the new site to ensure at least 80 percent of the transplanted trees survive after a year.

The policy approved by the government in October 2020 was put in the public domain in February last year, with preservation and transplantation of trees as its core objectives. The government had invited comments and suggestions from the public until April 2019.

The policy further states that when on-site preservation of trees is not possible, scientific transplantation of all the affected trees shall be the new norm instead of felling them. Further, in the present norm of carrying out compensatory plantation, 10 saplings will have to be planted for every tree cut for development activities. Further, to ensure maximum chances of survival of saplings planted through compensatory plantation, it will be mandatory for all saplings to be minimum eight feet in height and to be geo tagged.

Exemptions from carrying out tree plantation have been granted to private organisations or individuals requiring 10 or less trees to be felled and project specific exemption shall be granted in exceptional cases by the tree authority established under DPTA and for reasons to be recorded in writing.

Recognising citizen participation through social audits as the most effective manner to assess the success of compensatory plantation and tree transplantation activities in Delhi, the government has proposed the constitution of local committees comprising citizen groups, professionals and experts by the Department of Forests and Wildlife for carrying out regular monitoring of all projects involving compensatory plantation or tree transplantation of 100 or more trees in their local areas and to certify their tree survival rate at the end of one year.

As per the notification, invasive exotic tree species such as Leucaena leucocephala, Eucalyptus globulus and Prosopis juliflora (vilayati kikar) should not be considered for transplantation and will be excluded from the target of requiring minimum 80 percent of trees affected by developmental activity to be transplanted. A list of such tree species to be excluded from transplantation shall be regularly updated by the Department of Forests and wildlife, GNCTD, from time to time.

According to the notification, Department of Forests and Wildlife shall keep a detailed and up to date record on its website every month of every application approved for tree felling under Delhi Preservation of Trees Act, 1994. The notification also gives a detailed procedure to be followed for tree transplantation at any project site. At first a “Site Tree Report” shall be prepared where a site tree survey shall be carried out at the time of project feasibility assessment and site identification done to obtain the required information for developing site planning and tree preservation proposals.

While experts have agreed that maintaining and improving greenery in Delhi is vital in the fight against rising pollution levels, concerns have been raised regarding the practical implementation of the policy. One of the disadvantages of transplantation is the cost involved in the process. According to experts, cutting down trees for a certain project can cost around Rs 10,000 to Rs 30,000. Transplantation of a tree depending on its age can cost about Rs 1 lakh. The cost may vary depending on the size of the tree.

Apart from being costly, transportation is a massive problem because some of these trees are really huge and have to be transported along with the earth attached to their roots. Moreover, the survival rate of the transplanted trees cannot be assessed until observed for a long period of time.

Another problem with the policy is the lack of a specific law under which a person can be prosecuted for not carrying out transplantation. Moreover, since the forest department is already facing shortage of staff, it is unlikely that proper verification of whether transplantation has actually taken place can be made. Many environmentalists are of the view that the transplantation policy legitimises tree felling to make a place for projects that the government can’t refuse to build or approve.

In 2019, the Delhi government transplanted over 5,700 fully grown trees to build Dwarka Expressway to provide a link with Gurugram. However, many of the transplanted trees died. Further, the ITPO Pragati Maidan project’s audit survey by a panel comprising forest department and CPWD officials had revealed that only 36 of 1,713 trees (2.1 percent) were actually found healthy. These projects do point out the fallacy in the transplantation policy.

The Delhi government even in the past has experimented with several transplantation projects. The Delhi Metro Rail Corporation (DMRC) had shifted trees to Asola. However, only a few survived. Thereafter, the Delhi Police in order to shift some trees from their location on Aurobindo Marg, tried transplantation but later found that the process required different technologies and specialised personnel to ensure survival and so ended up moving only one.

However, in October 2020, Chief Minister of Delhi Arvind Kejriwal said on Twitter: “Permission to cut or remove trees would be given only where it is absolutely necessary, as is being done today. There is no change in that policy. Transplantation policy is an attempt to save as many trees as we can out of those, which are permitted to be cut under present policy.”

The policy, the first of its kind in the country, had been introduced by the Aam Aadmi Party government in 2019 and was approved on October 9. Earlier there was no mandatory condition for the number of trees to be transplanted as per the current rules in Delhi. Moreover, for every tree cut, compensatory plantation of 10 tree saplings was done. This however takes many years to replace the felled trees. Thus, tree transplantation policy has been introduced.

While the policy promises preservation of trees in order to compensate for the loss of greenery due to developmental activities in the national capital, experts have pointed out the loopholes which exist. However the proof of the pudding will be in its implementation.