Take a Last Look at Lakshadweep

The vicious and provocative actions of the new Administrator in the pristine islands represent a whole new way of thinking that is scary. 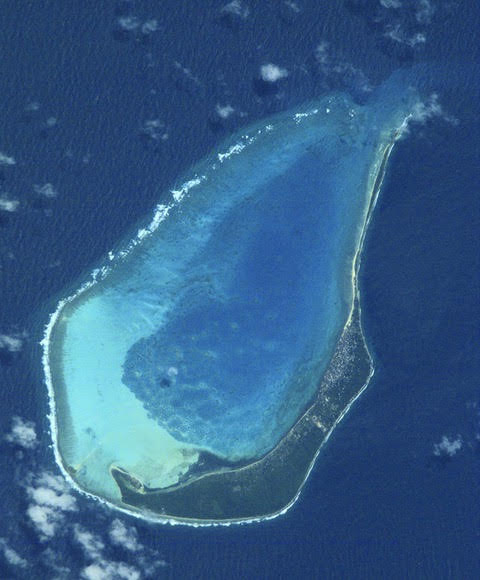 From the air you’ll see a translucent lagoon, its tranquil waters turquoise and aquamarine, its coral reef defining it sharply against the deep blue sea.  A small, narrow island, covered in the dense green of coconut trees, lies on its eastern perimeter. The lagoons are a treasure-house of marine life: multi-colored “ornamental” fish with names like “butterfly” or “parrot”; sea cucumber; tiny bait fish used for tuna-fishing in the open sea; and much more, hundreds of species.

Lakshadweep is beautiful, but more: it is special. These are our only coral atolls. This is a fragile ecology: the corals—protected by law—must live and grow if the islands are to survive.

The islanders live in small houses scattered among their coconut trees, a simple habitat that has developed organically in harmony with the place. The few roads are narrow, just enough for a jeep, but you hardly need vehicles. (One island, Minicoy, has evolved its own built environment, but no less in tune with place and way of life.) Very dense habitation: 66,000 people on the total 25 square kilometers of ten inhabited islands, besides schools, hospitals, health centers, police stations, helipads, a naval base, but you get no sense of congestion; yet nothing is taken from the people without persuasion. The last thing you want here is a town planner.

The traditional occupations are fishing and raising coconut. Nobody goes hungry, medical facilities are adequate. There is a school on every island, four colleges now, and 93% literacy. Population growth is plummeting.

The people speak Malayalam (except in Minicoy where it’s Mahl, the language of the Maldives). They are Muslim: the tradition is that Sheikh Obaidullah, a ­relative of the Prophet’s companion Abu Bakr, brought Islam to the islands in the seventh century AD. Religion here is about piety, not politics. The people are law-abiding: as the Administration’s own website says, Lakshadweep has the lowest crime rate in India.

The Central Government appoints an Administrator who exercises the powers of a State Government and more; he can (with the Home Ministry’s consent) issue regulations that have the force of law.  He is not formally accountable to the islanders, but there’s no difficulty about keeping in touch with such a small population: there’s an MP (currently NCP), a panchayat structure, lively politics. The people themselves approach you when you visit an island—assuming you’re approachable.

December 2020: enter a new Administrator, a small-time politician from Gujarat, who loses no time doing things that are vicious and provocative, if otherwise pointless. He lifts quarantine restrictions that had kept the islands Covid-free: 42 die. He demolishes fishermen’s sheds. He bans non-vegetarian food from school mid-day meals (possibly he’s vegetarian, but those children aren’t.)

He is proposing nasty regulations: a so-called “Goonda” law where there are no goondas—now you could be locked up without trial for a year. Beef will be banned (which hasn’t been done in a number of BJP-ruled states). A regulation granting new powers to seize islanders’ land. A regulation to provide, among other things, for raising animals that don’t exist in the islands: “cattle, horses, donkeys, mules, PIGS…”

Some of his ideas are interesting: proposed regulations to develop “national highways, arterial roads, ring roads” besides “railways, tram-ways, airports and canals” and, to cap it all, quarries. I used to cycle a couple of kilometers between my residence and my office on Kavaratti: future Administrators might have to catch a train.

The new boss wants to emulate the Maldives for tourism: but the Maldives comprises about 300 islands, with about a hundred uninhabited ones dedicated to tourism. In Lakshadweep, the small island of Bangaram has been made habitable (bringing in potable water from a nearby island) and has a marvelous little resort; there are also tourist facilities (necessarily small) on three inhabited islands. The islands simply can’t take mass tourism considering ecology, space and culture. There are plenty of beaches and even lagoons (but not atolls) in other parts of India, anyway.  There is prohibition, as in the Administrator’s native Gujarat, except on Bangaram—but he wants to lift it, flouting the wishes of a Muslim population, ostensibly for the sake of tourism.

The protests all over Lakshadweep, against the gravest provocation, humiliation, threats to their habitat and way of life, have been peaceful—I doubt if that would have been so anywhere else in India. Yet, these lovable people are being represented as dangerous fanatics. Canards are being spread about terrorism and a ghastly crime situation.  Someone has persuaded the Organiser (a reputed publication, as we all know) that a “desperate attempt” by “Islamists” to stop “reforms” is under way; it depicts a bearded, evil-looking, masked man with several automatic weapons.

The Administrator may be ignorant and insensitive, but he is more than a mere bull in a china shop. He represents a whole new attitude and way of thinking: what he is doing would not have been tolerated for so long by any previous government—I can’t imagine any old-school BJP leader, a Vajpayee or an Advani, having any part in this particular kind of thing in this particular kind of place. It is scary.

—The writer is a former Administrator of Lakshadweep; he is currently an advocate

Did you find apk for android? You can find new Free Android Games and apps.
Share
Facebook
Twitter
Pinterest
WhatsApp
Previous articleAllahabad HC says conversion of a Hindu woman to Islam would not be a relevant factor while ensuring protection to couple
Next articleHuge blow for BJP as Mukul Roy returns to Trinamool Congress