The Court has imposed fines on states and public authorities for adopting an approach where they can walk in as and when they please, ignoring the period of limitation prescribed by statutes. 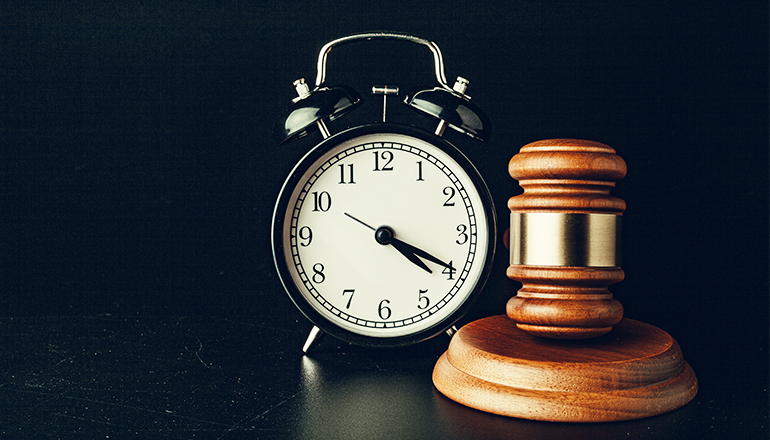 In a recent order, the apex court imposed Rs 25,000 on Uttar Pradesh and Karnataka for their lethargy and incompetence in approaching the Court after a long period of delay. A three-judge bench of Justices SK Kaul, Dinesh Maheshwari and Hrishikesh Roy imposed the fine while hearing proceedings where the two states requested the bench to admit Special Leave Petitions (SLP). The SLP filed by UP was after a delay of 502 days and in the case of Karnataka it was after 1,288 days.

The bench observed: “We have repeatedly discouraged State Governments and public authorities in adopting an approach that they can walk in to the Supreme Court as and when they please ignoring the period of limitation prescribed by the Statutes, as if the Limitation statute does not apply to them.” The Court said it had categorised such cases as “certificate cases” which are being filed with the sole objective of completing a mere formality and “to save the skin of the officers who may be in default in following the due process or may have done it deliberately”.

It mentioned a 2012 judgment of the Office of the Chief Post Master General & Ors. vs Living Media India Ltd. & Anr where the Court held that government departments have a special obligation to ensure that they perform their duties with diligence and commitment. Condonation of a delay is an exception and should not be used as an anticipated benefit for government departments, it said. The law shelters everyone and it should not be swirled for the benefit of a few.

The bench, therefore, imposed costs of Rs 25,000 on both states for wasting judicial time and ordered the amount to be deposited with the Supreme Court Employees Welfare Fund within four weeks. It said that the cost be recovered from the officers responsible for the delay in filing the appeal in the top court. Incidentally, on January 13, the Court imposed Rs 25,000 on Gujarat for filing SLPs with a delay of more than a year. The bench headed by Justice Sanjay Kishan Kaul passed identical orders in three SLPs filed by Gujarat.

The top court deprecated the practice of filing appeals beyond the period of limitation by government authorities, saying its repeated advice had failed to have the desired impact and ironically, no action was taken in any of the cases against the officers. The Court said that there is a category of cases where the officers are keen to obtain a certificate of dismissal to save their skins. It referred to its earlier order in State of Madhya Pradesh & Ors vs Bheru Lal.

The Supreme Court had also slapped a cost of Rs 25,000 on the Narcotics Control Bureau (NCB) for delay in filing a petition challenging a bail order, saying that several such cases were coming from different government agencies which show “complete inefficiency” in the administration of their legal departments. The bench said: “This is not the only case but many cases are coming before this court from different government agencies after inordinate delays showing complete inefficiency in administration of their legal departments.

That the same should happen to the legal department of the Narcotics Control Bureau (NCB) reflects an even sadder situation.”

Earlier in December last year, the Supreme Court had imposed a cost of Rs 15,000 on the Uttar Pradesh government for “wastage of judicial time” in a case in which it had filed an appeal after a delay of over 500 days. The bench headed by Justice SK Kaul said that there was not even a “courtesy” of setting out the dates as to how the files had moved. It was directed that the amount be recovered from the officers responsible for causing the delay.

The Limitation Act of 1963 is a legislation which specifies the time period within which a suit is instituted and enumerates provisions in case it is not filed within the period prescribed by the Act. The Act extinguishes the remedy to the party and not the right to file delayed documents in Court. Section 2(j) defines “period of limitation” as the time prescribed by the Schedule to institute any suit, appeal or application, and “prescribed period” as the period of limitation determined as per the provisions of the Act.

Condonation of delay finds mention in Section 5 of the Act which elaborates upon extension of the prescribed period in certain cases. According to it, any appeal or application may be admitted after the prescribed period if the applicant/appellant is able to satisfy the Court that they had “sufficient cause” for not instituting the appeal/application during that time. The word “sufficient cause” is an important phrase in this Section. As the Section is not a matter of right for the party who pleads the condonation, it depends on the discretion of the court. The court must be satisfied that the delay is caused due to a genuine reason. It is sufficiency of the cause which counts, and not length of delay. The expression “sufficient cause” should receive a liberal construction. As regards delay on the part of a state, a certain amount of latitude is not impermissible. “Sufficient cause” should be considered with pragmatism in a justice-oriented approach, rather than a technical detection of sufficient cause for explaining delay.

The law of limitation is founded on maxims such as “Interest Reipublicae Ut Sit Finis Litium” which means that litigation must come to an end in the interest of society as a whole, and “vigilantibus non dormientibus Jura subveniunt” which means that the law assists those that are vigilant with their rights, and not those that sleep thereupon.

The Supreme Court has held that the power to condone the delay in approaching the Court has been conferred to enable it to do substantial justice to the parties by disposing of matters on merit. The Supreme Court generally adopts a liberal approach in condonation of delay if sufficient cause for it has been shown and where the interests of justice so require.

In Balakrishnan vs MA Krishnamurty, the need for a “rule of limitation” was justified. Rule of limitation hasn’t been incorporated to destroy the right of parties, but to ensure that they don’t resort to dilatory tactics and seek remedy promptly. The law of limitation fixes a lifespan for such legal remedy. Unending lifespan would’ve led to unending uncertainty. The Court held that the law of limitation is thus founded on public policy.

There are cases where the Court didn’t allow condoning the delay of even one day, while there are others where the Court excuses a delay of several years. It varies from case to case and the Court has discretionary jurisdiction to determine whether a case is suitable for condonation or not.

When the Limitation Act or any other special statute prescribes a period of limitation for initiating legal proceedings, any legal action has to be brought within such a prescribed period. As it is imperative to give finality to administrative as well as judicial decisions in the interests of justice, no court or tribunal can entertain any petition after the expiry of the limitation period unless sufficient cause for the delay has been proved by the applicant. Even writ petitions, under Article 32 of the Constitution, are not immune from disqualification on the ground of delay.