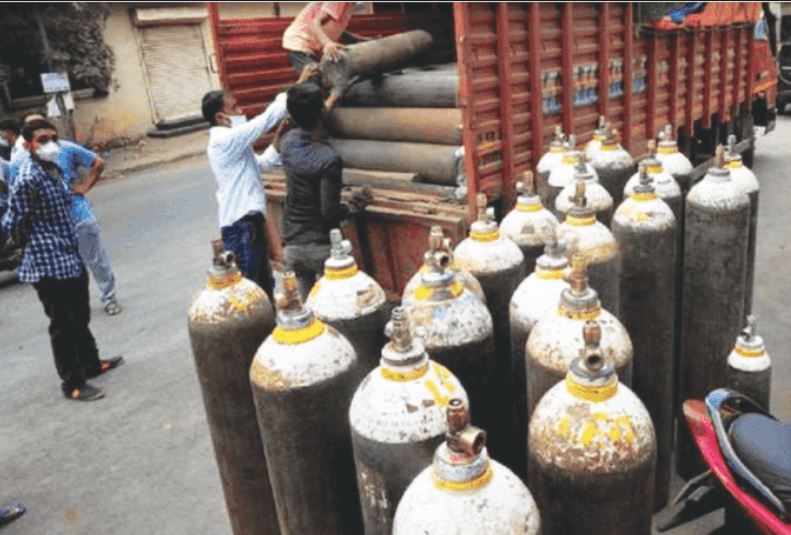 The Delhi High Court recently held that there was no clarity on the steps taken by the centre to set up a buffer stock of liquid medical oxygen in the national capital to deal with the anticipated third wave of Covid-19.

A division bench of Justices Vipin Sanghi and Jasmeet Singh observed that the status report filed by the centre does not indicate that the buffer stock of the liquid medical oxygen is actually meant for Delhi’s use and it only talks about increasing the oxygen storage capacity. “We have been flagging this issue ever since Supreme Court passed an order. What have you done,” the bench asked Advocate Kirtiman Singh, appearing for the centre.

The bench was referring to a Supreme Court ruling on April 30, 2021, that directed the central government to collaborate with states to establish liquid medical oxygen buffer reserves. It further said: “Today if you look at the situation, it seems fine. But if you look at what happened between March and May? There is no escape from this. This (buffer stock) is like insurance. What happens to the order of the Supreme Court? The obligation is on you. You have to take action. Please don’t defer.” It further added: “The creation of the buffer stock may not happen in a week or two. For that you have to first set up the necessary infrastructure,” it added. The High Court was hearing petitions related to the Covid-19 crisis and the next hearing is scheduled for August 23.

The bench strongly emphasised that the central government is of the view that there is no need to take any steps on liquid medical oxygen or that there is sufficient buffer stock available in Delhi or if the responsibility falls on the Delhi government, it should approach the Supreme Court whose order is enforceable. And the government is bound to follow it.

During the hearing, Kirtiman Singh contended that the Delhi government has done a lot to create buffer stock and the state counsel can elaborate it.

Amicus Curiae and Senior Counsel Raj Shekhar Rao testified throughout the hearing that the government claims to have developed buffer stock capacity. However, it is unclear whether there is a buffer in the affidavit.“There is a difference between capacity and buffer. We don’t need empty vessels,” he submitted.

Senior advocate Rahul Mehra, representing the Delhi government, submitted that the national capital’s overall storage capacity is currently around 1,400 metric tonnes, with 250 MTs of re-fillers, 724 MTs of capacity in existing hospitals and 421 MTs of extra buffer, of which 221 are already placed. The state administration assured the Court that a 50 MT tank would be erected by August 10 and that three 50 MT tanks would be completed by August 18. It also told the Court that it had a buffer stock of medical oxygen of roughly 420 MTs with sources outside Delhi.

It is pertinent to note that the pandemic unfolded a larger crisis of storage and transportation of oxygen. In its cryogenic fluid state at -180 degree Celsius, liquid medical oxygen requires special storage facilities in cryogenic liquid cylinders, dewars or cryogenic storage tanks. The Petroleum and Explosives Safety Organisation under the Ministry of Commerce and Industry took note of the gravity of the situation and issued a circular for converting all industrial use gas cylinders to medical oxygen cylinders.

The Ministry of Road Transport and Highways has exempted vehicles enabling supply of oxygen from permit requirement as per the Motor Vehicles Act, 1988 by a notification dated September 30, 2020. Additionally, the Ministry along with the Department of Promotion of Industry and Internal Trade has mapped the targeted supply of imported cryogenic tankers and liquid medical oxygen areas of acute need.

Black marketing is also one of the main reasons behind this oxygen crisis. Therefore, in order to curb this, restrictions have been imposed on the buying and selling of oxygen. The National Pharmaceutical Pricing Authority wrote a letter on September 18, 2020, to all state drug controllers to be vigilant and take strong action to prevent black-marketing, hoarding and profiteering of medical oxygen which is a scheduled drug under Drugs Prices Control Order (DPCO) 2013.

Recently, during a media briefing, K Sujatha Rao, a former Union health secretary, expressed the need for transparent data and a solution to the oxygen crisis. She said a nationwide lockdown like the one imposed in 2020 would only hurt the poor. Instead, only the districts reporting more than 100 daily cases could be subjected to a lockdown, while other districts of concern, those with 50-100 daily cases, could be targeted with stringent localised containment zones.

She also said that the central government needs to get realistic and put peoples’ welfare upper most. Vaccines are a public good and even capitalist countries like the US are providing them free. India’s logic seems misplaced, said Rao. It is now for the Supreme Court and the people to compel the central government to revise its policy and ensure every rupee so saved is spent on strengthening the broken health infrastructure—so that we never ever have to again face a situation where thousands lose their lives for want of oxygen, she said.

India is facing one of its worst crisis with a shortage of medical resources. Scarcity of medical oxygen, huge deficit in its supply and obstacles in its transportation have rendered this crisis worse. As a gesture of reciprocity, India is receiving foreign aid in the form of cryogenic oxygen containers, concentrators and oxygen cylinders from countries such as the US, France, Saudi Arabia, etc.

Efforts are being taken by the centre and other concerned authorities to meet the growing need of medical oxygen in order to fight Covid-19. However, it is pertinent to take immediate and effective steps to ensure that this oxygen is made available to every patient in need across the country.