The Tamil Nadu chief minister MK Stalin has put forth three demands to the prime minister and the chief justice of India. They could set a precedent for other states to follow suit. 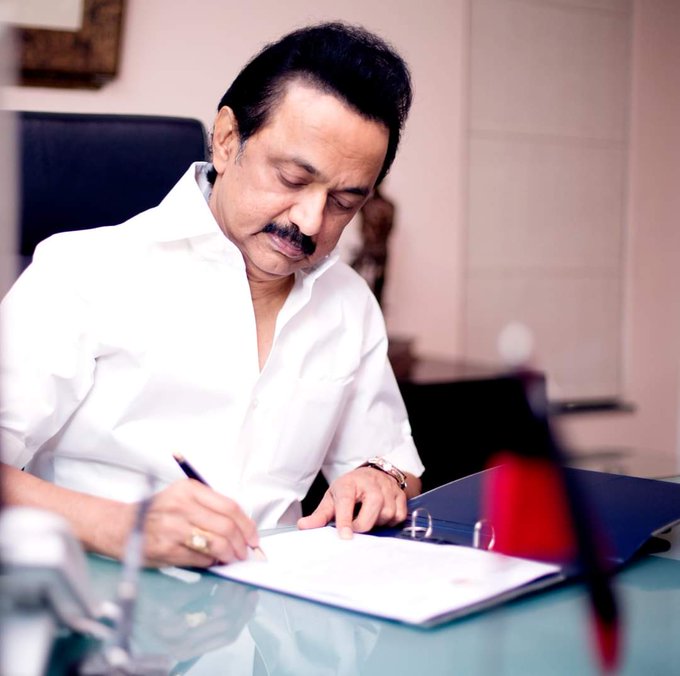 On May 12, Tamil Nadu Chief Minister MK Stalin wrote to Prime Minister Narendra Modi and Chief Justice of India NV Ramana to implement three demands of the people of Tamil Nadu. The open letter relates to discussing the demands regarding the functioning of the judiciary. Stalin wrote: “There is no doubt that the federal structure of polity is the cornerstone of our Constitution. All our three pillars of democracy—legislature, executive and judiciary—are established within this federal structure. Though there is a hierarchy of Courts, with the Hon’ble Supreme Court of India as the Apex Court, the unitary make up of the judicial branch is only to ensure judicial discipline so that the judgements of the Supreme Court are followed by all Courts and authorities in India…”

The letter pointed out that “in this context it becomes all the more important that the Supreme Court’s and the High Court’s composition reflects the diverse and pluralistic society of our great nation.”

“Judicial diversity is fundamental to the quality of judging. A broad based, heterogeneous group of Judges representing various sections of the society as a whole alone can reflect the views and values of society as a whole, particularly on issues involving historical, traditional, linguistic and cultural matters. This is because they would provide wider perspectives, since the group of Judges would naturally interpret and enforce law based on their multi various backgrounds”, said the letter, adding: “Therefore, I request your good selves to include the requirements to maintain social diversity and social justice in the appointment of High Court and Supreme Court Judges in the Memorandum of Procedure to appoint Judges and follow the same in true letter and spirit.”

The letter also raised the issue of the federal character of the nation and wanted it to be reflected in the judiciary as well. It said: “Another issue in which the federal character of our nation must be reflected in the judicial branch is the establishment of Permanent Regional Benches of the Supreme Court of India. When the Constitution was enacted, it was in the contemplation of the framers of the Constitution that all citizens of this country, rich or poor, must have direct access to the Court. That is why they enacted Article 32, a privilege not available in most other countries. Yet over time, this privilege has been eroded by economic constraints…. While there are 25 High Courts across the nation, it is seen from data that the number of appeals being filed in the Supreme Court is more from States around the NCR region than States located further away from Delhi.”

The chief minister said that the legislature has been conscious that the time is high for the establishment of Permanent Regional Benches and the Standing Committees of Parliament have recommended the same in 2004, 2005, 2006, 2008 and most recently in 2021. “Various Law Commission Reports like the 229th Report have reiterated the need for Permanent Regional Benches. Establishment of Regional Benches will in no way affect the independence of the judiciary since the control over these Benches would still remain with the Chief Justice of India. It is not out of place to point out that in China, which is the only other country with a population greater than ours, there are nine circuit Courts of its Supreme Court. Therefore, I request you to take appropriate steps to establish Permanent Regional Benches of the Supreme Court in New Delhi, Chennai, Kolkata and Mumbai, apart from the Constitution Bench in New Delhi, so that the citizens in other parts of this vast country have equal access to the Supreme Court”, urged the chief minister.

Furthermore, Stalin considered in the letter that making law and justice comprehensible to the common man in its proceedings is essential in the justice delivery system. He said in the letter: “The only concern with making the State’s official language the language of the High Court can be the requirement of translation when Judges from other States sit in the High Court. However, with the improvement in modern technology, these difficulties can be easily bridged.”

He further said: “In a function held on 23.04.2022 at the Madras High Court, where I had the privilege of sharing the dais with the Hon’ble Chief Justice, who had said in a lighter vein that “judicial proceedings cannot be like chanting of mantras in a wedding that nobody understands”. Yet, this has unfortunately become true in today’s High Courts. Therefore, I request your good selves to take appropriate steps to declare Tamil the official language of the Government of Tamil Nadu, as the official language of the High Court of Judicature at Madras and its Bench at Madurai, in addition to English.

“I placed these three demands in my speech in the said function on 23.04.2022 in the Madras High Court premises in the august presence of the Hon’ble Chief Justice.  I remain in the fond hope that these three demands of the people of Tamil Nadu will be considered and implemented by your good selves in the nearest future,” the letter concluded.

Article 348(1)(a) of the Constitution states that unless Parliament by law provides otherwise, all proceedings before the Supreme Court and in every High Court shall be conducted in English. Article 348(2) provides further that notwithstanding the provisions of Article 348(1), the Governor of a state may, with the previous consent of the President, authorise the use of Hindi or any other language used for any official purpose, in proceedings in the High Court.

The Official Languages Act, 1963 empowers the Governor of a state to, with previous consent of the President, authorise the use of Hindi/the official language of the state, in addition to English, for the purpose of any judgement, decree or order passed by the High Court of that state.