For the first time in India, wildlife bridges and underpasses on the Expressway will help animals navigate sanctuaries safely. The judiciary too has played a major role in protecting animal rights 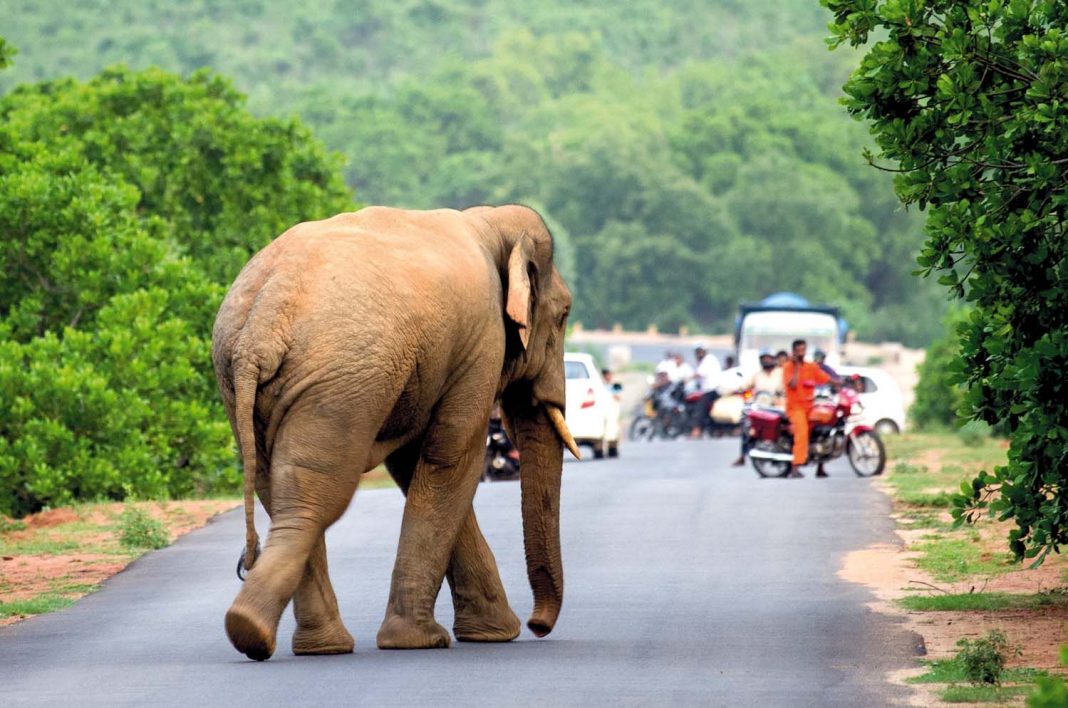 Often on routes connected to forests, vehicles drive slowly to avoid collision with wild animals. But now a high-speed highway is being built Nagpur-Mumbai Super Communication Expressway where vehicles can travel at 150 km per hour without harming the animals. It will have five “wildlife bridges” and a network of underpasses which can be used by the animals.

The highway is about 701 km long and 120 m wide, and some parts of it will open to the public in May this year. It will also cut through three sanctuaries Tansa (Thane), Katepurna (Akola-Washim border) and Karanja Sohol (Washim). Apart from this, there will be 35 wildlife focus areas, of which 16 will be in Vidarbha, 16 in the North Western Ghats and three in Marathwada. It will cover about 118 km. Special wildlife mitigation measures such as overpasses, undercrossings and high box culverts are being built to facilitate animal movement to avoid roadkills.

The Wildlife Institute of India (WII) said in a report: “Fragmentation of such patches can lead to destruction of habitat, and also affect the animal density and movement.” The wildlife bridge will also be covered with native flora to make it look as natural as possible.

Wildlife is also affected by highway construction as it prevents them from moving freely. In such a situation, the Maharashtra State Road Development Corporation has joined hands with WII to overcome this problem. The aim is to let the wild animals move around the road without intimidating or endangering their lives. Five wildlife bridges, three overpasses in Vidarbha and two overpasses in Aurangabad are being constructed under the Wildlife Focus Area in this expressway. This is happening for the first time in India.

Eco-ducts or eco-bridges aim to enhance wildlife connectivity that can be disrupted because of highways or logging. These include canopy bridges (usually for monkeys, squirrels and other arboreal species); concrete underpasses or overpass tunnels or viaducts (usually for larger animals) and amphibian tunnels or culverts.

Usually these bridges are overlaid with plants from the area to give it a contiguous look with the landscape. A 2020 study by WII noted that nearly 50,000 km of road projects have been identified for construction in India over the next five to six years, while many highways are being upgraded to four lanes.

The judiciary too has given judgments regarding wildlife. In a recent judgment, the apex court held that there was no requirement for obtaining environmental clearances for NH 45-A Villupuram-Nagapattinam Highway as land acquisition was not more than 40 m on existing alignments and 60 m on realignments or bypasses. The bench, headed by Justice L Nageswara Rao, upheld the appeal filed by the National Highways Authority of India after it was set aside by the Madras High Court. The apex court observed that segmentation of a project cannot be adopted as a strategy to avoid environmental clearance impact assessment.

In another instance last year, in response to a PIL, the Supreme Court directed the Tamil Nadu government to seal or close 39 hotels and resorts constructed on an “elephant corridor” in the Nilgiri Hills in violation of the law within the next 48 hours. A bench of Justices Madan B Lokur, S Abdul Nazeer and Deepak Gupta also said elephants were the country’s “national heritage” and expressed displeasure over the encroachments.

Following a recent study conducted in Himachal Pradesh on snow leopards one of the world’s most endangered species the local administration at Kaza (in Spiti Valley) has banned all motor rallies in the sanctuary area. The orders were issued by Additional District Magistrate Gyan Sagar Negi and he cited reasons related to the on­going conservation efforts in the area regarding rare wildlife species, of which snow leopards have been the main focus.

Negi invoked Section 144 in the Kibber sanctuary area, which clearly says that no car rally will be allowed to pass through the snow leopard habitat from the PWD road Lidang, Demul, Komic, Hikkarm to Langcha and from the Rangrik bridge to Chicham via Kee Kibber village till further orders. Spiti Valley and Kibber Wildlife Sanctuary are home to some of the most endangered wildlife species. Himachal Pradesh’s forest department and several NGOs are working tirelessly to protect the species from poaching and conserve them.

In the case of Naveen Raheja vs Union of India (2001), the Supreme Court dealt with the gruesome skinning of a tiger in a zoo in Andhra Pradesh. The Court was tormented by the fact that such a gruesome act was indulged in by humans, rendering the voiceless animal helpless and in sheer pain and agony. The tiger received no protection from those whose duty it was to protect him. The Supreme Court said it was necessary for the Central Zoo Authority to take cognisance of this issue and take steps to protect these voiceless creatures as the situation in which they were in was distressful.

Read Also: Kerala High Court says gold smuggling does not fall within the definition of a terrorist act

India has been working towards making the environment sustainable and the judiciary has played a major role in enforcing and applying laws which protect animal rights. The judiciary has time and again ensured that animals are not subjected to cruelty by humans and has taken strict action against those who do so.