In a surprising U-turn, many states have flatly denied deaths due to oxygen shortage during the second wave of Covid-19. This is despite courts pulling them up for their lackadaisical attitude towards the patients 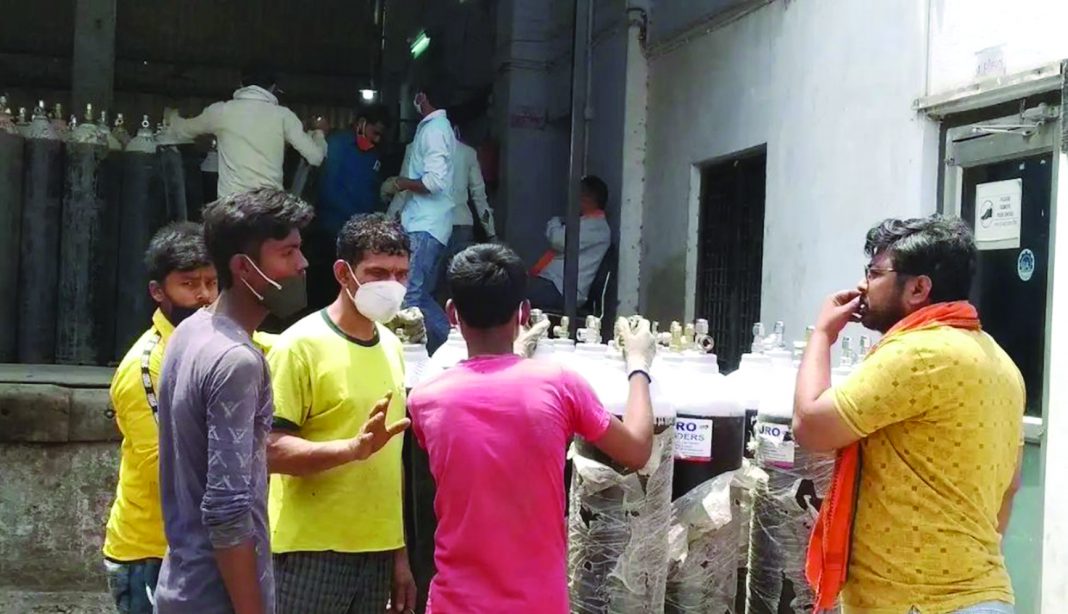 On August 25, Delhi’s Deputy Chief Minister Manish Sisodia claimed that Union Health Minister Mansukh Mandaviya had rejected the need for setting up a committee to probe oxygen deficiency deaths in the national capital as a task force has already been set up by the Supreme Court in this regard. Sisodia alleged that the centre was running away from the investigation because if the deaths were probed, then the public would clearly see the negligence and fraud of the centre.

Mandaviya, said the Delhi government, had revealed that the task force was set up on May 6 and had 12 terms of reference, out of which five were related to oxygen supply. Sisodia had written to Mandaviya earlier this month, asking that permission to form the committee be granted.

The health ministry told Parliament in July that none of the states had reported any deaths due to lack of oxygen, triggering criticism from Opposition leaders and prompting a rebuttal by the BJP.

But many states too took the same stand as the centre. On August 23, Haryana Chief Minister Manohar Lal Khattar told the state assembly that his government would set up a committee to probe possible negligence by hospitals in treating Covid-19 patients. But he said no death due to oxygen shortage had been recorded in the state during the second wave of Covid-19.

However, this stand is contrary to what a division bench of the Punjab and Haryana High Court had said on May 4 while considering the severe shortage of oxygen in Haryana and Punjab. The bench, comprising Justice Rajan Gupta and Justice Karamjit Singh, had directed the central government to take necessary steps at the earliest to save lives: “Needless to observe that this court expects that necessary steps are taken at the earliest to ensure there is no further loss of life due to paucity of oxygen in the state. In case of crisis, the state is at liberty to draw from the ‘buffer stock’ of oxygen created under Supreme Court (SC) orders dated April 30 passed on the issue.”

The Uttar Pradesh government also did not admit to any death due to scarcity of oxygen, but said there was shortage in several instances. On April 18, Chief Minister Yogi Adityanath after a review meeting with senior officials instructed them to take immediate steps to ensure uninterrupted supply of medical oxygen to patients amid reports of shortage in some places.

On May 4, the Allahabad High Court had said that deaths of Covid-19 patients due to non-supply of oxygen to hospitals was a criminal act and nothing less than genocide. It berated the Uttar Pradesh government and authorities after stories of citizens begging for oxygen went viral on social media.

Gujarat too was not to be left behind in making false claims. On June 17, Chief Minister Vijay Rupani claimed that unlike other states, not a single coronavirus patient had died in Gujarat due to lack of oxygen during the second wave. The state fought both the waves with firmness and it had also started preparations to tackle a possible third wave, he said while inaugurating a 13,000-litre liquid oxygen tank installed at SGVP Holistic Hospital in Ahmedabad.

But here also, the court had come down on the state government for its laxity. On April 15, the Gujarat High Court, during the hearing of a PIL, observed that had the state government taken pre-emptive steps, the present grim situation with the pandemic could have been avoided.

On July 21, Maharashtra Health Minister Rajesh Tope claimed that there had been no death on account of shortage of oxygen in the state. He said that there was no report which showed that a patient had died due to lack of oxygen, the Maharashtra government told the Aurangabad Bench of the Bombay High Court on May 19. A bench of Justices Ravindra Ghuge and BU Debadwar said Covid-19 patients were coming to hospitals in a critical condition and the demand for oxygen had grown multiple times. It said it would hold nodal officers responsible if they failed to supply oxygen.

Meanwhile, Bihar Health Minister Mangal Pandey said no one had died of oxygen shortage in the state. “A total of 9,632 people have died of Covid-19 in Bihar so far but none of them died due to shortage of medical oxygen,” he said. The minister added that during the second wave, Bihar’s demand for medical oxygen saw a 14-fold increase.

But on May 17, the Patna High Court had signalled its displeasure at the inconsistency in the government’s death figures in two affidavits filed by the chief secretary and Patna divisional commissioner. It told the government to file the data afresh after verifying them from all sources.“We are aghast at the manner in which the affidavits are being filed. The bench deserves better treatment from the government. We don’t appreciate this,” a bench of Chief Justice Sanjay Karol and Justice Sanjay Kumar said after reviewing the affidavits.

Tamil Nadu’s Health Secretary J Radhakrishna on July 20 claimed that the state government had ensured adequate availability of oxygen in both government and private hospitals and that there were no deaths due to lack of oxygen. He further mentioned that a dedicated team looked after the state’s oxygen supplies. But on April 23, the Supreme Court had pulled up the state, saying that people were dying due to lack of oxygen. It questioned the Tamil Nadu government as to why it couldn’t take over Vedanta’s Sterlite copper unit at Tuticorin, closed since May 2018 over pollution concerns, for producing oxygen. “We are not interested that Vedanta or A, B or C runs it. We are interested that oxygen should be produced,” a bench headed by Chief Justice SA Bobde had said.

Madhya Pradesh, a BJP-ruled state, has also denied that people had died during the deadly second wave due to lack of oxygen. Amplifying the centre’s stance, MP Medical Education Minister Vishwas Sarang told the news agency: “No deaths took place due to lack of oxygen in our State. Union Health Minister stated the same in Rajya Sabha. Even in Tamil Nadu, the health minister voiced the same opinion.”

The Madhya Pradesh High Court in May had rapped the state government over oxygen supply, observing that “the situation on ground is totally different than what was portrayed by the state government in the action-taken report about its efforts to continuously procure and provide oxygen to government hospitals as well as private hospitals”.

Further, in the second week of August, the Jabalpur principal bench of the MP High Court expressed surprise over the state government’s reply that none had died of oxygen shortage during the second wave. It observed that “it’s something which is hard to believe”.

In Goa, in a surprising U-turn on the floor of the assembly, Goa Health Minister Vishwajit Rane, who was the first to announce that many Covid-19 patients were dying in the state due to oxygen interruption at the premier Goa Medical College, on July 30 denied any oxygen shortage-related deaths. But on May 13, the High Court of Bombay at Goa had called the situation in the state’s largest coronavirus facility as “quite grim” and said deaths under such conditions are a violation of the fundamental right to life.

Urging officials to ensure that “tonight, there are no deaths due to oxygen shortage”, the Court said: “We are long past the stage of determining whether patients are suffering from the lack of oxygen or not. The material placed before us establishes that patients are indeed suffering and, in some cases, succumbing for want of oxygen in the state of Goa.”

Chhattisgarh too took a similar stand. Its health minister,TS Singh Deo on July 20 had called it an “oxygen-surplus state” and said that no deaths were reported due to oxygen shortage during the second wave.

In West Bengal, at least two families had raised allegations of lack of oxygen after their patients died at a hospital in Uluberia. But a top official of the state health department said there were no deaths due to lack of oxygen support.

This ostrich-like attitude of state governments will not help if there is a third wave.