Even as courts pass orders saying that disclosure of interest is needed when an applicant seeks personal information under the Act, experts are concerned that such orders defeat its very objective. 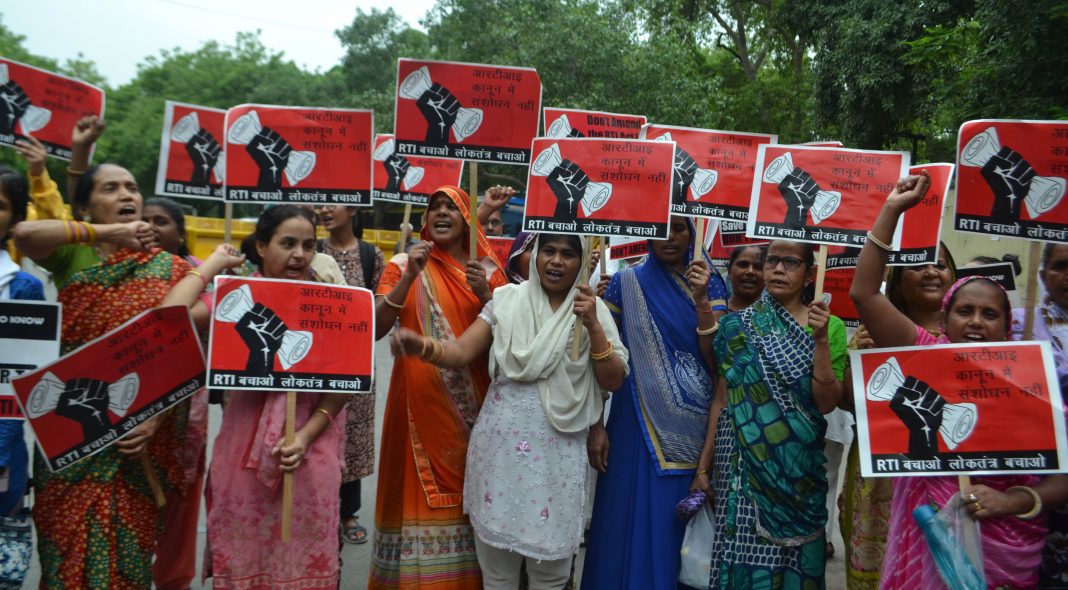 The Delhi High Court recently observed that whenever information is sought under the Right to Information (RTI) Act, disclosure of interest would be necessary only when the applicant seeks personal information.

The order was passed as a clarification of the Court’s earlier order which said that “whenever information is sought under the RTI Act, disclosure of an interest in the information sought would be necessary to establish the bonafides of the applicant”. The order was passed by a single bench led by Justice Prathiba M Singh while dealing with a petition seeking information regarding appointments for Multi-tasking Staff of Presidential Estate, Rashtrapati Bhawan.

It was further observed that even on merit, the information sought about the names of the fathers and residential addresses of the candidates was completely invasive and “would be a roving and fishing enquiry”. Moreover, the Court said that what was being sought was protected under Section 8(1)(j) of the RTI Act. The Section provides that any such information shall not be provided which is personal and is invasive of the privacy of individuals.

With regard to this case, the bench said that disclosure of interest was necessary in an application seeking information under the RTI Act to establish the bona fides of the applicant. It was further observed that non-disclosure of this could result in injustice to several other affected persons whose information was sought.

As the petitioner had concealed the material facts, the Court dismissed it with costs of Rs 25,000 to be paid to the High Court of Delhi (Middle Income Group) Legal Aid Society within two weeks from the date of the order.

The order was, however, said to be faulty by many as it was against Section 6(2) of the RTI Act. The Section states that

“an applicant making request for information shall not be required to give any reason for requesting the information or any other personal details except those that may be necessary for contacting him”.

The Court, however, was of the view that the order had been misinterpreted and it applied to applications seeking personal information like father’s name and residential addresses. Hence, the bench added the word “personal” to its earlier order of January 12.

On January 27, the Gujarat High Court while adjudicating on the bonafides of an RTI applicant said that in order to check the abuse and misuse of the purpose and procedure enacted in the RTI Act, it was essential to keep out applicants and persons who approach the authorities concerned except for bona fide reasons.

“The existence of bona fide reasons is a question of fact, which has to be established by the applicant with relevant material and not just empty and hollow words to be used. In the background of the case, which we have in hand, we see only the private interest of the applicant—petitioner and not even a semblance of public interest in the same,” observed the Court.

The bench was hearing a land dispute between two parties where one had sought information from the other with respect to income tax returns and business income. The bench observed that “the sanctity of the Income Tax assessment, filing of returns, investigation and inquiry under the Act would be thrown open to third parties, if such ‘information’ was to be disclosed to third parties casually or carelessly. On the other hand, the Act provides for keeping such information guarded in confidence with the authorities”.

It goes without saying that an informed citizen is better equipped to keep vigil on the instruments of governance and make the government more accountable to the governed. Experts have, however, expressed concern that if courts continue to pass such orders, the object of the RTI Act will receive a setback because such orders can be mischievously used by officials to deny necessary information to an applicant.

After all, the Act’s aim is to empower the citizens, promote transparency and accountability in the working of the government, contain corruption and make our democracy work.

The Centre has informed ...
Read more
India Legal
Did you find apk for android? You can find new Free Android Games and apps.