The apex court has directed that an immediate decision be taken on water levels in the dam, which is at the centre of a decades-old dispute between Kerala and Tamil Nadu. It has also observed that the court cannot be made a platform for political compulsions. 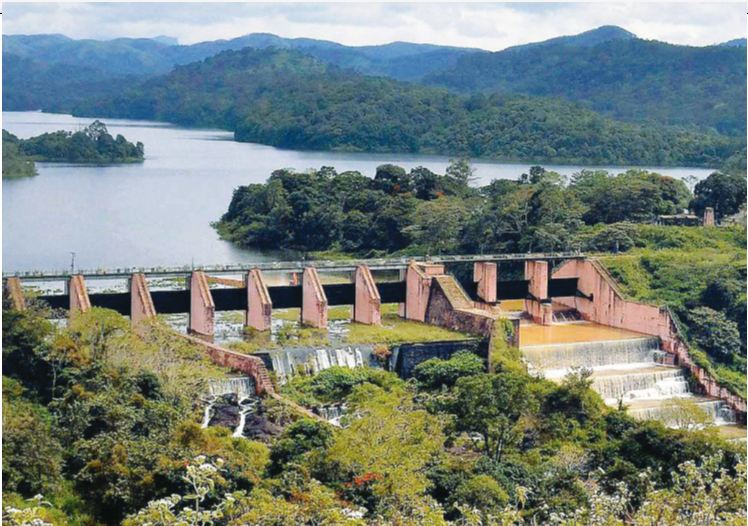 The Supreme Court on December 15, during the hearing of an application from Kerala regarding release of water from the Mullaperiyar dam by Tamil Nadu without prior notice, observed that the Court could not be involved in the day-today administration of the dam and suggested that the concerned parties should consensually resolve their differences before the Supervisory Committee appointed by it.

The Mullaperiyar dam is a masonry gravity dam on the Periyar river in Kerala. It is located in the Idukki district of Kerala. Although located in Kerala, the dam is operated and maintained by the neighbouring state of Tamil Nadu.

The division bench, comprising Justices AM Khanwilkar and CT Ravikumar, deemed it appropriate that the parties must first approach the Committee before taking any steps to release or manage the water level of the dam. The decision of the Committee would certainly assuage the apprehensions of both sides, the Court said. Justice Khanwilkar further observed that the Court could not be made a platform for political compulsions. It noted that states were making “political observations” but “we’re not concerned here with that”. The Court had on November 22 agreed to hear the dam case expeditiously for the final settlement of all points of dispute.

The apex court said all this while hearing a batch of petitions filed by Kerala-based parties seeking directions to ensure the safety of the 126-year-old dam. The Tamil Nadu government had in November filed its response to the affidavit filed by Kerala in the Court.

According to Tamil Nadu, the attempt of Kerala, as seen in its response, was to somehow prevent it from raising the level to 142 ft at the dam on one pretext or the other and the state was raising issues that had been fully addressed by experts from the Central Water Commission (CWC). On November 9, Kerala had filed an affidavit disputing the rule curve adopted by the Supervisory Committee on Tamil Nadu’s suggestion. It stated that the long-term solution to the problem was a new dam and the existing one must be decommissioned.

Also Read: Right to be Forgotten

Kerala in its reply had enlarged the scope and raised various issues which have been settled by the two judgments of the Supreme Court based on the report of the Expert Committee (2000) and Empowered Committee (2012) which had gone extensively into the safety aspect of the dam. Tamil Nadu’s counter-affidavit asserted that the dam was “hydrologically, structurally and seismically safe” as decided by the Supreme Court and it had been further strengthened under the supervision of the Committee.

Earlier, the apex court in its order, dated October 28, 2021, had directed Kerala to file an affidavit, especially to deal with the rule curve issue and clarify its stand on or before November 8, 2021. It also granted liberty to both the state governments to file their responses.

It is pertinent to note that another petition has been filed in the Supreme Court seeking a direction to the central government to immediately deploy any of the central security forces at the dam for its protection. The petition was filed by Stalin Baskaran. According to the petition, all political parties and social activists in Kerala with the support of the state government may demolish the dam any time which provides solace to lakhs of people in Tamil Nadu.

Also Read: Delhi HC hears plea by Sikh man on harassment at the hands of immigration officers over look-out notice

In October, the Kerala government had highlighted before the Supreme Court that the consequences of any failure of the dam could be extremely catastrophic and beyond human imagination. Two petitions were filed in the Court alleging that the Supervisory Committee, formed as per the Court’s order in 2014, was not functioning properly for the past six years.

The Court had then ordered the chief secretary of Tamil Nadu to come out with the rule curve immediately, or face action. The Court, which had declared the dam as hydrologically and seismically safe previously in 2014, asked Kerala and Tamil Nadu to act seriously as “people’s lives are at risk”. In compliance with the order, the Central Water Commission and the Supervisory Committee filed a status report on October 14.

On November 21, 2014, the water level in the dam hit 142 ft for the first time in 35 years. Currently, the water from the Periyaru (Thekkady) Lake created by the dam is diverted through the watershed cutting and a tunnel to Forebay Dam near Kumily (Iraichalpalam).

The control and safety of the dam and the validity and fairness of the lease agreement have been the points of dispute between Kerala and Tamil Nadu. The Supreme Court judgment came on February 27, 2006, allowing Tamil Nadu to raise the level of the dam to 152 ft after strengthening it. Responding to it, the Mullaperiyar dam was declared an “endangered” scheduled dam by the Kerala government under the disputed Kerala Irrigation and Water Conservation (Amendment) Act, 2006. That year, the Supreme Court allowed for the storage level to be raised to 142 ft (43 m) pending completion of the proposed strengthening measures, provision of other additional vents and implementation of other suggestions. The Kerala government announced a new “Dam Safety Act” against increasing the storage level of the dam, which has been challenged by Tamil Nadu on various grounds. The Supreme Court issued notice to Kerala to respond but did not stay the operation of the Act even as an interim measure. The Court then advised the states to settle the matter amicably and termed the Act as not unconstitutional.

On February 18, 2010, the apex court decided to constitute a five-member empowered committee to study all the issues of the dam and sought a report from it within six months. The Committee, headed by former Chief Justice of India AS Anand, was to examine all issues related to the dam’s safety and the storage level.

On March 8, 2010, Tamil Nadu told the apex court that it was not interested in settling the dispute with Kerala before the committee. However, the top court refused to accept Tamil Nadu’s request. The Court also criticised the central government for its reluctance in funding the empowered committee.

In 2014, the Supreme Court constituted a permanent Supervisory Committee to oversee all the aspects of the dam. The Committee consists of three members and is headed by a member from the Central Water Commission of the Ministry of Water Resources. The two other members belong to the respective states.

After the flood situation in Kerala since 2018 and the destruction of Rishi­ganga hydroelectric project and Tapovan dam in Uttarakhand, the safety of the dam has again come into public attention in 2021. It is now up to the apex court to push for a resolution to the long running and politically-charged dispute.

Did you find apk for android? You can find new Free Android Games and apps.
Share
Facebook
Twitter
Pinterest
WhatsApp
Previous articleDelhi HC hears plea by Sikh man on harassment at the hands of immigration officers over look-out notice
Next articleChhattisgarh High Court dismisses PIL against encroachment on govt land in Rajnandgaon district