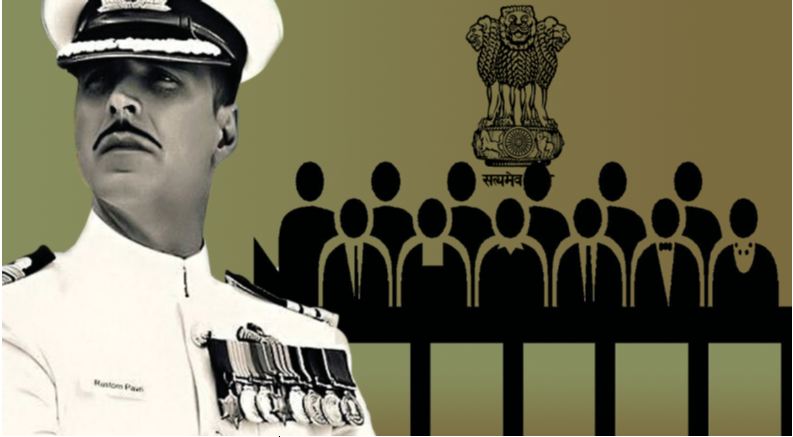 As the judiciary increasingly comes under criticism, would an impartial jury trial by lay persons be desirable? They would be the very embodiment of equity and allow for a more open system of justice.

At a time when our country is battling the Covid pandemic, massive unemployment, mass migration and a majoritarian government, one wonders if it would be better to bring back the jury system to decide matters. The basic idea of a jury being tried by one’s peers dates back (in the UK) to the time of the Normans in 1066. According to Encyclopedia Britannica, it was the presence of a jury that led to courts being centralised and ultimately, the creation of the common law as we now know it. Drastic methods of extracting evidence like various tortures (the ordeal) were replaced with trials for criminal and civil cases.

As the Empire expanded, so also did this method of dispensation of justice to Africa, Asia and America. Jury trials still exist in the UK in a small percentage of cases. These are mainly in criminal courts and in some very limited civil cases. Certain cases permit trial by jury where reputation or character is involved. This includes cases involving defamation, false imprisonment, malicious prosecution and fraud.

Jury trials in India came to an end following the case of Nanavati vs State of Maharashtra (1959). The defendant was a naval officer, KM Nanavati, who was accused of murdering a man his wife, Sylvia, was having an affair with. In this case, he ultimately spent three years in prison before being pardoned and emigrating to Canada with Sylvia and their three children. The only jury trials which still continue in India are those conducted for Parsi matrimonial cases.

There are many reasons why a jury trial would be desirable. In India, of late, the Supreme Court has come under much criticism by senior advocates and former judges on several counts, including not taking up key constitutional matters such as the abrogation of Article 370 and the threat to secularism posed by the Citizenship (Amendment) Act which discriminates against Muslims. The current crises could arguably be resolved if the decisions were made by randomly selected lay persons, as then the judges could not be blamed at all. It would give them breathing space all they would need to do would be to preside over and direct the jury about the law. Public confidence in the judiciary would thus be restored as a truly democratic society.

A jury trial is considered to be impartial and fair as was made clear from the UK’s Runciman Commission on Criminal Justice in the 1990s. Also, a jury, by and large, assures a fair result as the members are not bound by prior legal knowledge. They are the very embodiment of equity. A jury would also allow for a more open system of justice whereby a cross section of the public are meant to be involved in the dispensation of justice.

Cinematically, a trial by a jury was best exemplified in the famous film To Kill a Mockingbird, based on a book by Harper Lee of the same name. Here, Atticus Finch, the lawyer who fights to acquit a black man, Tom Robinson, who was falsely accused of raping a white woman in an Alabama town, tells the jury: “A court is only as sound as its jury, and a jury is only as sound as the men who make it up.” Though Finch demonstrates to the jury that Tom could not have committed the crime, the jury of 12 white men vote to convict him. So class and race biases, which a jury may be suffering from, can often release or convict a person.

Ana Swanson wrote in The Washington Post in 2016 that differential results have a lot to do with a lack of diversity on judicial benches and juries, which tend to be disproportionately white, male and older. “Though racial discrimination in jury selection is illegal, it has a long history in the US. Research has long suggested that the selection process is biased against minorities, women, the young, the poor, and those with particularly high or low education levels.” She further adds: “A 2011 study that looked at 173 death penalty cases in North Carolina found that peremptory challenges were used to remove blacks from juries at twice the rate of whites. In Houston County, Alabama, 80 percent of the African-Americans qualified for jury service were removed from juries between 2005 and 2009 using peremptory strikes.”

While a jury could be just the answer for India, there is another side to the picture. One is the possibility of perverse decisions as was the case with the Nanavati one where he had pleaded not guilty and argued that it was culpable homicide as he shot the man “in the heat of the moment”. Initially, the jury reached the verdict not guilty of murder. However, the sessions judge thought that this was a perverse decision and referred it to the High Court as the jury had been misled by the presiding judge who had wrongly told the jury that provocation could come from a third person. In the UK, the case of Regina vs Randle and Pottle (1991) also yielded a perverse decision where the defendants helped a spy, George Blake, escape from prison. They had even written a book about it. The jury acquitted them, possibly due to the lapse of time and perceptions of unfairness.

Secrecy can work negatively as one has to be very sure if the jury has understood the deliberations. In a country like ours, where a large mass of the population is uneducated and illiterate, it could be a serious issue if we are looking at a true representative cross section as jurors. Cheryl Thomas published a report entitled “Are juries fair” in 2010. They were found to be fair, but worryingly, only 31 percent of jurors understood oral instructions, and this increased to 48 percent when the directions were written down by the judge. In India, this would be even more of a problem given our literacy levels.

Read Also: Hearing of cases in Patna High Court to be held through video conferencing till November 25

Jury tampering is a real danger in India where there is corruption and as with the Nanavati case where the media coverage was unexpectedly overwhelming, it would often be found that the jury was being influenced. It was for these reasons of conspiracy and influence by the media that jury trials were abolished in India. Another possible concern is issues like religious or caste bias, but with a cross section, this should be negated.

Overall, while there are pros and cons to having jury trials, it would appear that right now, justice delayed is justice denied, and if we were to have panels of jurors churning out equitable verdicts across the nation, then it may appear that justice is accessible and transparent not to mention democratic (by the people for the people). If every citizen in this country is entrusted with the right to vote who governs, then surely every citizen should also be fit to decide who is guilty and who is not.

—The author is a barrister-at-law (Honourable Society of Lincoln’s Inn, UK) and a leading advocate in Chennai. With research assistance by Riyah Dugar