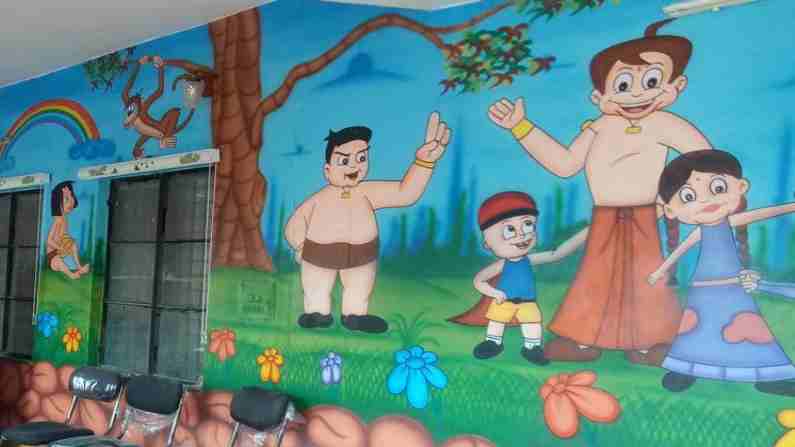 The state follows others in setting up its first “Baal Mitra Police Thana” and as per the Juvenile Justice Act, has a separate room with bright colours and paintings in an effort to appear sensitive and approachable.

Following in the footsteps of Gujarat, Maharashtra, Jharkhand, Telangana and Kerala, Uttarakhand has set up its first child-friendly police station in Dalanwala, Dehradun. The initiative has been taken to make the police sensitive to the needs of children.

The Dalanwala police station has dedicated a room in its building with a separate entrance for children and has paintings on its walls, toys and comic books to make them feel comfortable while interacting with the police. The special police station has been set up under the guidance of the Uttarakhand Child Rights Protection Commission and took the help of social organisations to set up its infrastructure.

Under the Juvenile Justice Act, a child-friendly infrastructure should include a distinct room or a corner for the said purpose, along with facilities, which include sitting arrangements, toilet, safe drinking water and a children-friendly ambience which includes attractive paintings, toys, bright colourful walls, recreational activities, etc.

Usha Negi, chairperson, Uttarakhand Child Rights Protection Commission, reportedly said: “On these premises, children caught in petty crimes or other matters like child labour will be provided counselling. An environment has been created so that a child does not feel uncomfortable or has any kind of fear while interacting with the police.”

The police personnel here will be in civilian attire and will counsel children for their rehabilitation, she added. Police officers will be required to attend training sessions in how to deal with children and provide counselling to them when needed.

Rule 8 (3)(v) of the Juvenile Justice Model Rules 2016 mandates that a “police officer apprehending a child alleged to be in conflict with the law shall not compel the child to confess his guilt and he shall be interviewed only at the Special Juvenile Police Unit or at a child-friendly premises or at a child friendly corner in the police station, which does not give the feel of a police station or of being under custodial interrogation”.

In addition, Section 2 (15) of the Juvenile Justice Act defines “child friendly” as “any behaviour, conduct, practice, process, attitude, environment or treatment that is humane, considerate and in the best interest of the child”.

The police is the first point of contact for a child encountering the juvenile justice system. The Juvenile Justice Act mandates: “In every police station, at least one officer, not below the rank of assistant sub-inspector, with aptitude, appropriate training and orientation may be designated as the child welfare police officer to exclusively deal with children either as victims or perpetrators, in co-ordination with the police, voluntary and non-governmental organisations.”

Section 107 (2) provides for the creation of a Special Juvenile Police Unit in every district to coordinate all police related functions for children.

However, the Supreme Court in Sampurna Behura vs Union of India and Ors (2018), noted:

“In this regard, we may note that NALSA has prepared Guidelines for Training Juvenile/Child Welfare Officers attached to every police station and members of the Special Juvenile Police Unit. Perhaps this could be a starting point for their training through the Bureau of Police Research & Development and the Police Academies.”

The Court also took note of allegations made in another case before the Patna High Court where a child was handcuffed during his transit from the police station to the civil court by a policeman in uniform for the child’s appearance before a judicial magistrate and the identity of the child was disclosed. The Court took up the issue with due seriousness. All these issues could have been avoided through sensitisation and proper training.

Meanwhile, in November, Maharashtra also inaugurated its first child-friendly police station in Pune. The Maharashtra police said the initiative would also benefit children from nearby communities who are not engaged in criminal activities so that they can support the police in prevention of crime.