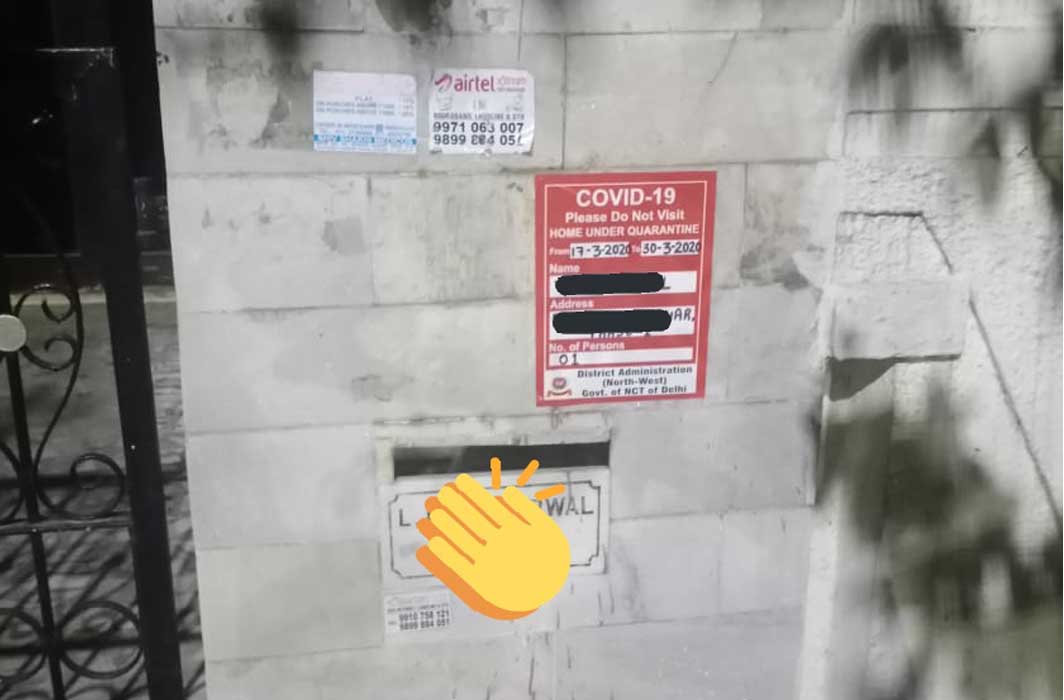 In 2017, the Supreme Court fast-delivered one of the most important judgments, asserting that the right to privacy is a fundamental right. Now, amid a raging pandemic, there is a perceptible difference in the way individual privacy is treated by authorities at large, and once again, the matter has gone to court.

ON August 24, 2017, the Supreme Court delivered one of the most important judgments in recent memory, ruling that the right to privacy is a fundamental right. On that day, the then Chief Justice of India, JS Khehar, addressed the assembled legal luminaries present in court and said: “We are all extremely grateful to all of you for addressing us, for the kind of research you all have done. Decision in MP Sharma stands overruled. Khatam Singh is overruled. Right to privacy is an integral part of Articles 14 and 19. Right to privacy is a fundamental right. That is the final order.”

It must be recollected that unlike the triple talaq (talaq-e-biddat) issue, there was no ambiguity in this order, neither any dissension. All the nine judges of the apex court CJI Khehar and Justices J Chelameswar, SA Bobde, RK Agrawal, Rohinton Fali Nariman, Abhay Manohar Sapre, DY Chandrachud, Sanjay Kishan Kaul and S Abdul Nazeer were unanimous in declaring privacy a fundamental right.

Fast forward to September end, 2020. Amid a raging pandemic, one notices little perceptible difference in the way individual privacy is treated by the authorities at large. This has been specifically evident in the way confirmed Covid cases have been publicly named and publicised and, in the process, shamed. Posters are stuck outside houses of persons who have tested positive and are in home isolation. Names of such people have been circulated to respective neighbourhood watch committees and Resident Welfare Associations (RWAs). The notices are a crude demonstration of a desensitised system that has no qualms about allowing such RWAs to browbeat into submission a rather ill person and his/her worried family.

Expectedly, this has gone to court, and the Delhi High Court has issued notice in a plea to protect the privacy of persons who test positive for Covid-19. The Court has sought directions from the Delhi government and the Centre on the issue. The notices have been issued by the division bench of Justices Hima Kohli and Subramonium Prasad. Technically, it took a public interest litigation, preferred by advocate Kush Kalra, for some action to be initiated. The petitioner wanted the government to do away with the act of pasting such crass posters or stop its officers from circulating the names of such patients to the RWAs.

The immense stigma that gets attached to such patients can be likened to what used to happen when HIV/AIDS was raging. Somewhat like the random assumption of a person’s gender preference that went rampant when HIV/AIDS was confirmed, a Covid-19 patient is seen to be a pariah within society, somebody who should not be there, and all contact with the person should be cut off ruthlessly. Leave alone care, even logic and understanding are no more the hallmarks of our society. More importantly, all this happens when such an action is an infringement of the person’s fundamental right to privacy. The petition in the High Court says that such patients need to be given the requisite privacy “to cope with and recover from the illness in peace away from prying eyes.”

The fallout of such insensitive acts by the authorities has resulted in people shying away from volunteering to get themselves tested. The act of stigmatising people is not only cruel and violates his/her privacy at will, but it also flies in the face of logic.

A recent study published in Science, an authoritative journal, pointed out that it was a group of patients who constitute only 8 percent of India’s confirmed cases, who were primarily responsible for the humongous spread of the disease throughout the country. The study was principally based in Andhra Pradesh and Tamil Nadu, and was carried out during part of the stringent lockdown of the country, but it covered a wide selection of about three million people.

The study was led by Ramanan Laxminarayan, director of the Centre for Disease Dynamics, Economics & Policy. His team found that 71 percent of the confirmed cases “whose contacts were traced” were found to have not spread the virus to anyone. So who comprise this so-called super-spreader minority? These were people who had prolonged close contact with others, like people travelling in a crowded bus or train or assembled in a packed mela ground or a stadium.

The study was detailed the first such study in a developing nation with a dilapidated health system and contact tracing was carried out using methods, skills and resources garnered from routine tracking of potential HIV and tuberculosis transmitters. The team, which also included researchers from Princeton University, Johns Hopkins Bloomberg School of Public Health and Indian state governments, found that during prolonged contact (such as in buses etc), there was a 79 percent chance of an infection. What about a person infected within a community but not in close contact with people? In such cases it was just a 1 in 40 possibility of infection.

The idea of bringing in results of this unique study is to show how impractical these notifications are and how insensitive are such actions of the authorities. This is amplified manifold by overzealous RWA office bearers and even long-known neighbours and “friends”. They are barking up the wrong tree for sure and, in the process, violating the fundamental right to privacy of private individuals.

It has also been an accepted principle today that a minor case of Covid has to be treated at home, with self-isolation, social distancing and personal care. There aren’t enough beds in hospitals and whatever are available to the common man are in such a bad condition that nobody in his/her senses would want to get admitted to such facilities. It is also an established fact now that private hospitals have been fleecing ordinary medical insurance policy holders to unbearable extents, claiming treatment when there is no established “treatment” available yet. While this is definitely a sign of a break in the social fabric, it is also a sign of society’s lack of faith in the system.

While HIV-AIDS was shaking the world to the roots, a notice was sent to hospitals across India. It was a two-page form, with the title: “Privacy of Patient with Social Stigma”. The instructions to hospital superintendents and chief medical superintendents in that were clear. It started with:

Purpose: To provide guideline instruction for ensuring privacy of patient with social stigma.

Then there was a special clause:

It relates to the right of an individual to the protection of their health information during storage, transfer, and use, in order to prevent unauthorised disclosure of that information to third parties.

This privacy initiative in the medical world is, therefore, not new to India. Also, this means that government approved protocols regarding this already exist, dating back to at least the HIV-AIDS time. Therefore, when protocols already exist, when policies have already been in place for a while to address sticky issues such as privacy of patients with diseases that may be infectious, why has no effort been made to put them into practice during the Covid pandemic?

Agreed, the spread of the current pandemic is beyond all comparable limits. But it cannot be said that India has no precedent to draw wisdom from.

The common man, writhing in pain on his lonely bed at home, often has only his pride and his privacy for company. Depriving him of that, too, would be the end of civility as we know it.