Even as courts are pulling up governments for dereliction of duty during these tumultuous times, they are laying the groundwork for future course of action and the third wave which will affect children. 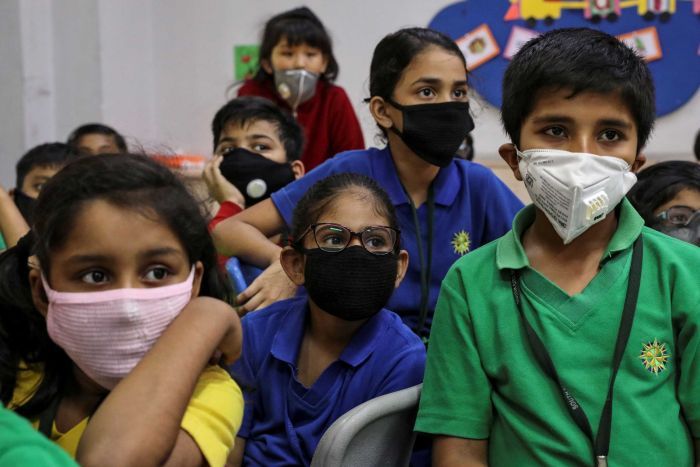 Till date, the Supreme Court and various High Courts had expressed their concerns over the deteriorating Covid-19 situation in the country. But now courts are also looking ahead and trying to instil some planning in governments.

Experts have warned that the third wave is due between October and December and will hit children in a big way. They have urged both the centre and state governments to chalk out strategies and gear up to handle the situation. The Court urged the Centre to deploy doctors who had completed their internships to deal with the crisis.

The Madras High Court too gave orders on similar lines. On May 10, 2021, a division bench of Chief Justice Sanjib Banerjee and Justice Senthil­kumar Ramamoorthy said that central and state governments, instead of being under-prepared and later ruing for not having put in place additional resources, should be “over-prepared” to tackle the crisis if there is a third wave of Covid-19.

Health experts have indicated that the world could see a third wave of the infection after the second wave recedes. “The Governments must prepare for the worst and hope that the worst does not hit us,” said the judges. They said that the state and the centre should find ways of effective supply of oxygen to the western and southern districts, which were closer to Kerala, as supply from Sriperumbudur in north Tamil Nadu or elsewhere might be logistically difficult.

On May 10, 2021, the Uttarakhand High Court scolded the state government for continuing to allow religious events despite a surge in Covid-19 cases and doubted its preparedness to deal with the pandemic, asking it to “wake up from slumber”. “We cannot behave like the proverbial ostrich and bury our head in sand in the face of the pandemic,” Chief Justice RS Chauhan and Justice Alok Kumar Verma said while hearing a petition on the government’s handling of the pandemic.

The bench asked why the state was still not prepared despite combating the pandemic for more than a year and reminded it about the predictions of a third wave. The next day, the bench raised queries over why Uttarakhand was being forced to obtain its oxygen quota from other states when there were three oxygen production units in it. “Yesterday it was pointed out by Amit Negi, the irony is that our State has three (oxygen) production units. Yet Uttarakhand is told to keep it for the neighbouring States … We have to pick up our oxygen tanks from Jamshedpur and Jharkhand and another place in West Bengal. As he rightly said, our (State’s) hands are tied,” the chief justice emphasised. “Why can’t Uttarakhand retain its oxygen quota produced within the State and share the excess with other States?” he asked. The matter is listed for further hearing on May 20, 2021, along with the other Covid-19 related matters. The High Court is expecting a positive reply from the concerned authorities.

Maharashtra AG Ashutosh Kumbhakoni has been directed to inform the Court about how much area a hospital would require on average to set up an oxygen plant, the expenses and the nature of equipment required. The AG told the bench that Maharashtra was not getting adequate stock of Remdesivir from the Union government. At least 51,000 vials are needed in the state every day, but it was receiving only 35,000 vials daily, he said. “We don’t want a tussle with the Centre. We understand it is under pressure. We are only bringing this to your notice,” he told the Court. Kumbhakoni further said that 1,804 metric tonnes of oxygen had been allocated for Maharashtra, and of this, it was manufacturing 1,200 metric tonnes by itself.

On hearing this, the bench said that while Maharashtra seemed to be faring better than other states in controlling the number of active infections, supply of oxygen, Remdesivir, etc., it must not lower its guard, especially as the third wave of the pandemic seemed inevitable. Experts have opined that the second wave of corona will cease in June or July, but the third wave can emerge after three or four months.

Read Also: Supreme Court to hear plea on release of undertials having completed half of their sentence in view of Covid-19

Speaking exclusively to India Legal, Dr Abhishek Kumar Singh, general physician at Ram Manohar Lohia Hospital, Lucknow, said that any epidemic usually makes its impact in three waves, out of which it is believed that the second wave proves to be the most dangerous one. The third wave is expected to be dangerous for children. Therefore, in this situation, parents should take good care of their children and stress will be laid on the vaccination of the parents.