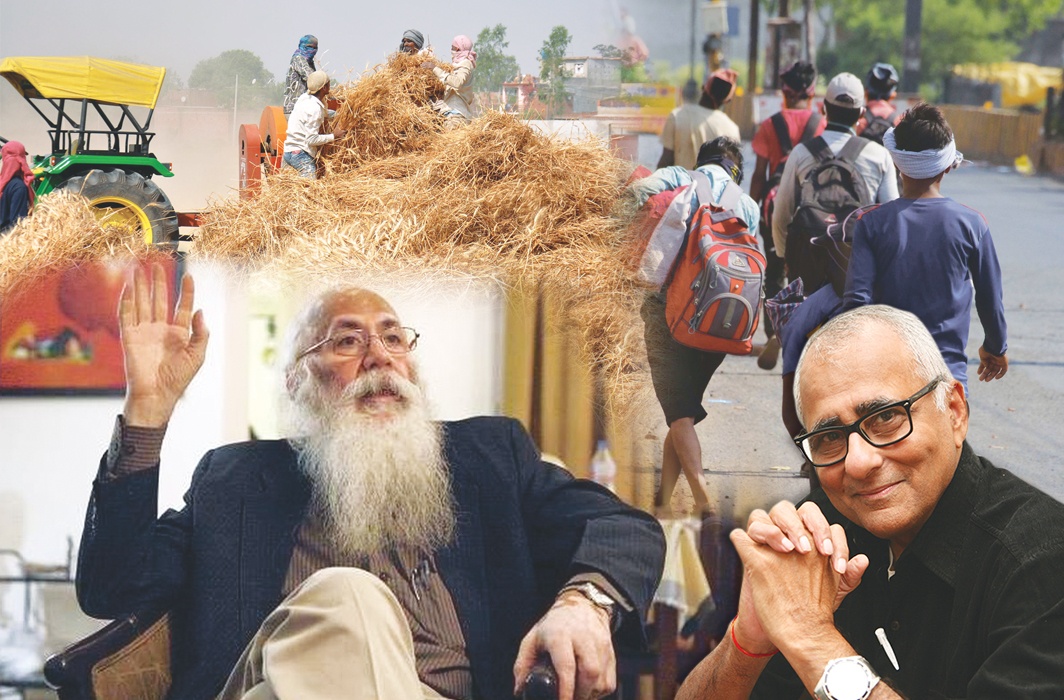 Our cover story this week is a non-hand-wringing, no-nonsense, calibrated, step-back-and-take-a-realistic-look analysis of the scourge that is cutting a swath of death, destruction and disruption across the world.

The article’s real strength lies in its scholarly, evidence-based analytical approach based on facts and openly-sourced statistics on Covid-19 rather than on prevailing wisdom and shibboleths which now come cheaper by the dozen on television channels and internet punditry. That is why our editors decided to give it cover story status which you can read by tapping on this link

In a similar vein, I wish to bring to your attention another readable paper that makes you sit up and think afresh about balancing the need to take care of the countless millions of poor and dispossessed and the plunging economy against the punishing measures that may be needed to protect the health of the pandemic’s hapless victims: All of us.

It is from the redoubtable, internationally acclaimed economist, Arun Kumar, Malcolm Adiseshiah Chair Professor, Institute of Social Sciences, who looks at options before policymakers to control the damaged economy.

In a previous article for this magazine, Prof Kumar had predicted that the Covid lockdown would bring untold hardships for everyone, but especially for the marginalised sections. But for essentials, production has largely come to a halt, businesses are suffering losses—many of them may not survive. So, the dilemma before the policymakers, he posits, is the “need for realism in planning. Policy has to be realistic and not based on wishful thinking that all will be well”.

I reproduce below, in summary, the salient points Kumar makes which should be Must Reading for policymakers:

Making the lockdown work in India is a challenge. The poor do not have the resilience to deal with such a crisis. They live in poverty, earning and buying their necessities daily. They cannot stock up essentials like the middle classes and the rich. They also live in crowded places, at times five or more people to a room so that isolation is difficult.

“India faces an unprecedented crisis and that requires out of box thinking. According to experts, without a lockdown, the situation will spin out of control. But then the economy will stall and the resource position will deteriorate. However, life has to be protected so the lockdown has to be made to work and that requires that we spend only on the most essential—a survival package to protect life and businesses. After the pandemic, a rethink on the way our society is can be undertaken but currently the focus has to be on survival.”

Did you find apk for android? You can find new Free Android Games and apps.
Share
Facebook
Twitter
Pinterest
WhatsApp
Previous articleTASMAC Appeals Before SC Against The Closure Of Liquor Shops By Madras HC
Next articleA Beautiful Mind