The court took his point and said, “Everything has to be given to the Centre and the same has to be allocated by it.” 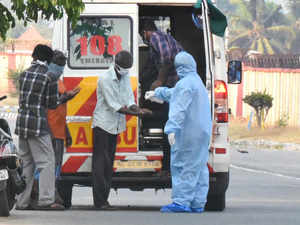 ILNS: The Delhi High Court on Thursday prioritized oxygen-carrying trains and also asked the governments to find alternative beds for patients from other facilities.

The bench of Justices Vipin Sanghi and Rekha Palli, after hearing arguments about the critical COVID-19 situation in the Capital, as well as the condition of life-saving drugs, and having sent out a strict order already, next busied itself in hearing the issues of logistics, especially about the transportation of oxygen and of testing and other issues.

According to a petition filed by Rakesh Malhotra, testing has gone down. The court noted that aggressive testing is an important tool for managing Covid spread. The court also took note of an office order, which asked the labs not to take samples, if it has a backlog.

Advocate Satyakam (representing the Delhi government), said, “We have not issued any such order.”

The court then moved to the issue of steel and oxygen. Rasika Chaudhary, Additional Secretary, Steel, said, “Oxygen, designed to produce liquid oxygen, and other liquid products like argon and nitrogen, are also produced (in steel plants). The capacity of liquid oxygen production is now 3,000 MT. Also, 16k MT, which was in storage, has been made available.

“Private players have, in fact, taken the lead and this is the reason we are able to increase the production. All plants are working 24×7. From 1,000, it has gone up to 2600 MT,” informed the Additional Secretary.

Solicitor General Tushar Mehta said, “The distribution has to happen at the national level.”

The court took his point and said, “Everything has to be given to the Centre and the same has to be allocated by it.”

Moving to the transportation (of oxygen) issue, the court suggested, “The best way to do it is through the Railways.”

At this, Rasika Chaudhary intervened and informed the court about the Oxygen Express. Railways Executive Director Manoj Singh added, “This Vizag train is going to return…another train has started, from Lucknow to Bokaro. We have facilitated all aspects and are fully geared up.”

The court said that the movement of these trains should be prioritised. “Let’s hope something would reach Delhi that way,” said the court.

Senior Advocate Rahul Mehra, representing Delhi, said, “We are interested that patients should be safe. Otherwise, all this exercise can be on paper only.”

The court made it clear that it was not interested in interfering into the allocation, per se. “All that we would like is for the Railway to consider transportation from three plants…Somebody can look at it dispassionately.”

The court said that allocation was done with adequate application of mind and that trains (carrying oxygen) will be given priority.

An Indian Railways official said, “Tankers are not our property. It has to be supplied by the state government. The Joint Secretary, Road, Transport and Highways said cryogenic containers are provided by producers.”

The court said, “We direct the GNCTD to look into this aspect. In case the cryogenic containers are not available with producers, they may take steps.”

At this point, Advocate Shyel Trehan intervened and said, “I have to intervene with something urgent that has come into news right now. Fortis Gurgaon has 45 minutes of oxygen left. The situation is serious and hospitals nearby are in fact trying to send cylinders for their support.”

On the issue of beds, the court heard from Additional Secretary Aarti Ahuja, “Our hospitals are listed on the application of Delhi government. It includes the ESIC hospitals and Railway coaches. Total 4,159 beds given to Delhi Government, excluding 300 beds in base hospital.”

Ahuja informed that Delhi is the seventh state in terms of active cases. “Capacity of beds have been increased for Delhi and other states. This is done by makeshift structures. We’ve written to Ministries and PSUs to set aside COVID beds.”

The Additional Secretary suggested the AAP government to tie-up with other entities too.

Mehra sought a clarification on whether the 500 beds at the DRDO facility were available physically to patients. Ahuja said beds were available and the activity was coordinated by the Delhi government.

She said it was suggested that the Delhi government also ropes in smaller facilities, having lesser beds for less severe patients. There are large private companies and PSUs, which can be mapped to make makeshift facilities.

Justice Sanghi said, “Let alone the common man, even if I have to get a bed that would might not be possible. Immediate needs of people have to be met, because this is four times bigger than last year.”