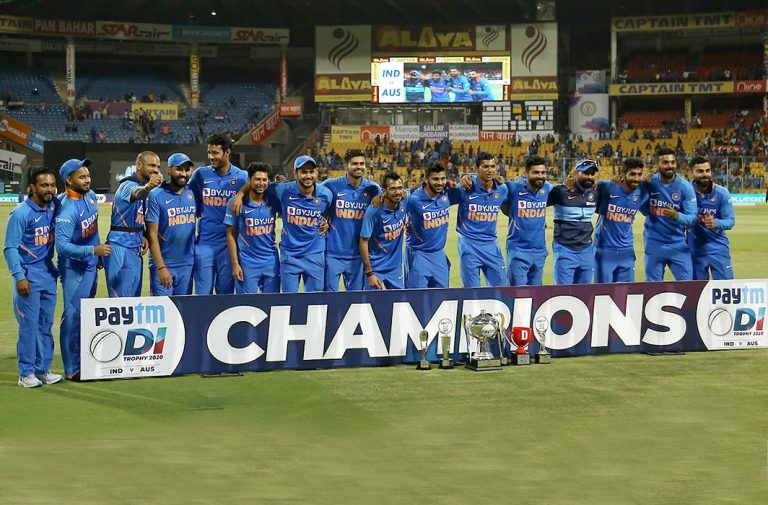 Team India will soon embark on a busy tour in New Zealand and are slated to play five T20 internationals, three ODIs and two Test matches. The T20 tour starts from January 24. With the marquee World Cup T20 tournament scheduled later this year in Australia, India’s performance in New Zealand in this format is significant and critical. Virat Kohli and his boys are upbeat after have done well at home against Bangladesh, West Indies, Sri Lanka and a full-strength Australian team. But the scenario is very different in New Zealand.

Going by the past record, India has performed much below expectations against New Zealand in the T20s. So, they will be on the backfoot right from the beginning at Eden Park, Auckland, the venue for the first T20, when they take on Kane Williamson and his boys. India have beaten the Kiwis in only three games out of the 11 played so far. With a win percentage of 27.27—a worst for India against any side—Team India needs to brace up. The Indians have never been comfortable with conditions in New Zealand and a winning percentage of 20 there makes it even more embarassing and this is their worst performance in any country.

The Kiwis will be raring to prove a point or two after the drubbing they received at the hands of Australia in Tests recently. Getting the better of India will be significant for New Zealand keeping the World Cup T20 in mind, and the Kiwis will not lose any opportunity to do so. Although they will take on India with a depleted bowling attack, with many of their frontline bowlers nursing injuries, but that is no consolation. As for Kohli, he would like to reedem his side’s pride by making a strong statement and correct the dismal record.

Team India may have beaten the Aussies by seven wickets in the third ODI at Bengaluru without the services of the in-form opener Shikhar Dhawan, but it will not be a cakewalk in New Zealand. India is still groping in the dark for a proper and steady replacement for the southpaw in the opening order. The opening blues may come to haunt Team India again without Dhawan should KL Rahul or Rohit Sharma fail. With Rishabh Pant hit by injury, India’s permutations and combinations will continue with the wicket-keeping slot as well. In case KL Rahul is drafted as a specialised wicket-keeper, he will still face many challenges behind the stumps. There is no Hardik Pandya, at least for the T20 games. Jasprit Bumrah, India’s wicket-taking bowler is economical but needs to be amongst the wickets again. Whether India comes back with the Kuldeep Yadav-Yuzvendra Chahal combo, which it has not drafted for a long time will again become an issue. Ravindra Jadeja is in good touch and is irreplaceable in the ODIs but whether he fits into the T20 format is a big question mark for the selectors. No doubt, he is an asset as a batsman in T20s, but it will be a tough decision for the selectors to decide between him and Washington Sundar in the bowling department. Sundar’s ability to bowl in the power plays in T20s places him in good stead. Sanju Samson hasn’t shown much promise in recent international matches. To sum up, India is still struggling to find their best T20 side.

India has not played that many T20s at the international level and this will be a major handicap. Reflecting on India’s T20 performance, BCCI president Saurav Ganguly recently said that India will have to bat well, in case it is asked to set a target. “I have some thoughts which I will share with Virat, Ravi and the management,” he said. That probably sums up the anxiety.