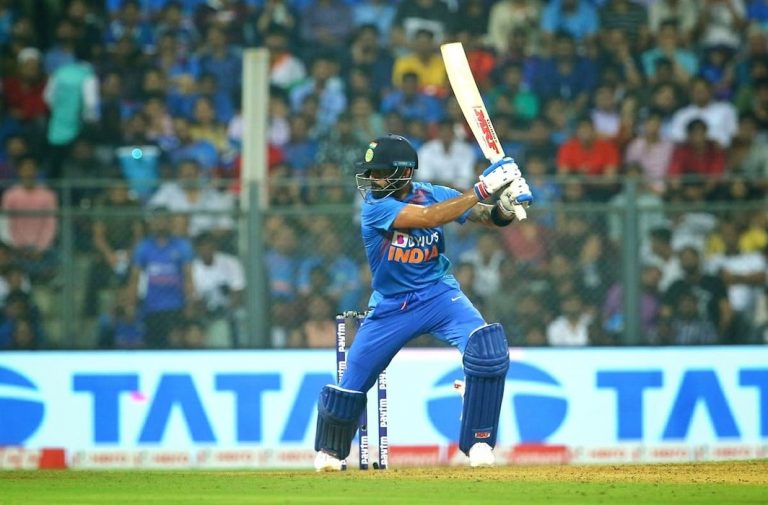 As a cricket enthusiast, every year I look out for players whom I can rate highly for their performances in all formats of the game across all countries. The game may have changed by leaps and bounds but the flow of talent across the world continues unabated. So there can be surprises as far as the selection is concerned.

Despite the upset against the New Zealand in the World Cup this year in England, India has not allowed that shock defeat to affect its fortunes and have done pretty well so far (the results of the ODI series with West Indies yet to come), so to say. The team is already the top Test team in the world, probably the number two in ODI rankings and among the top five in the T20 list.

So India is my favourite team for retaining its high winability factor throughout the year. And the man who is responsible for India’s pride among the comity of cricket-playing nations in none other than its swashbuckling captain and batting legend, Virat Kohli. The fact that he retained his number one spot amongst batsmen in the ICC Test cricket rankings supports my claim.

The year 2019 has been special for Kohli. While he continued his run-amassing spree in the ODIs (with back-to-back half-centuries in 2019 World Cup, twin tons in West Indies’ ODIs and few match-winning knocks in earlier part of the year), he also made the most number of double tons by an Indian in the Tests against South Africa series at home. Kohli also became the first Indian to score a hundred in the red, white and pink-ball formats after India’s maiden day-night Test in November. In all likelihood, Kohli will end the calendar year as the top-ranked ODI batsman as well as Tests and will do so consecutively. Kohli has already reached the milestone of being the quickest batsman to score 20,000 runs in international cricket during World Cup 2019. And he is on the list of top 10 in ICC rankings as a batsman in T20s.

The West Indies batting legend Brian Lara said recently that Kohli is a must-include in the top teams of any era in cricketing history, be it the invincible squad of West Indies under Clive Lloyd in the 1970s or the unconquerable eleven of the Australian team under Don Bradman in the 1940s.

Kohli’s indefatigable spirit, hunger for success, sheer determination, the ability to lift oneself with hard training and perseverance has placed himself among the cricket legends. What people used to say about Sachin Tendulkar a few years back is now said about Kohli. He is a rockstar of batting, a super hero for millions of cricket fans not only in India but around the world. He is what a budding batsman wants to be. He may be not blessed with sheer talent but has shown the way for others how working hard and passion for the game can even outshine talent.

The Indian captain has brought about a paradigm shift in maintaining unbelievable fitness levels, which has inspired his teammates no end. It has prodded his colleagues to accord high priority to fitness and gone are the days when a handful of players among the playing eleven fitted the bill on being fast, supple and agile on the field. Today fielding is a major criterion of selection in the Indian team. There are players who make it to the playing eleven primarily with their ability to save crucial runs, think out-of-the-box while fielding and always ready to “make it a catch” and “not take a catch” as they say in cricketing parlance. That extra dive, ability to pre-empt on which way the ball sails on the boundary line or in catching positions is no longer a value addition but a necessity in modern-day cricket.

Virat’s preparation for matches can become a Bible for today’s cricketers. His complete life style is devoted to the game. He trains hard. His pursuit of excellence is unimaginable. He is hungry for excellence, he wants to give his best on the field. It is extra level of fitness that gives him that advantage to belt those sublime shots piercing all sides of the field. The way he has adapted his game and temperament to diverse formats is legendary. He has broken the myth that players in the longer version of the game can’t settle themselves in the domain of “slam bang” cricket. We still have many players who are top class Test batsmen but can’t live up to the standards needed in one-dayers or T20s. But not Kohli.

Kohli’s running between the wickets is now a folklore. He is a dasher and it has become a challenge for many of those partnering him to shape up physically. And being more than 100 per cent fit does not make him tired after taking that extra run. He is not panting or gasping for breath to face another delivery. He is as fresh as a batsman who has just come onto the wicket.