Two murder trials growing out of racial confrontations following the Black Lives Matter protests in America this past year ended with opposite verdicts, suggesting that the country’s legal system is in trouble. 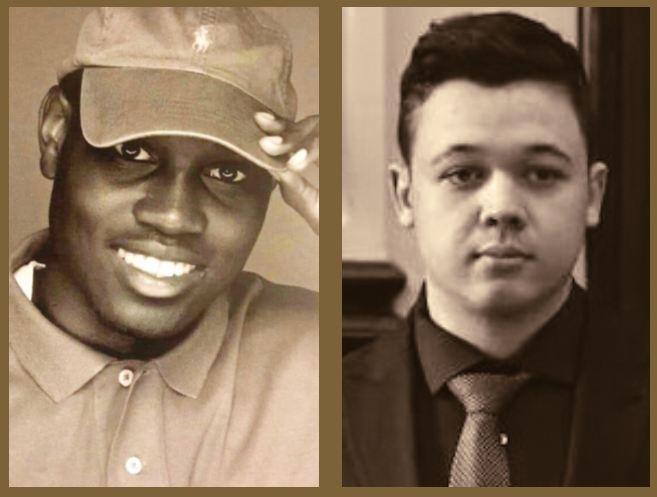 America has been transfixed these past ten days by high-profile criminal cases as well as judges penalising lawyers for frivolity, plus a bonus as two US Senators—both lawyers—suggest Communists and left-wingers are ruining America. The courts and the Congress have pushed the Covid-19 death toll out of the news spotlight. The highlights were the two murder trials that produced opposite verdicts: a Georgia jury convicted three white men of killing a black jogger, while in Wisconsin, a jury acquitted a white teenager who killed two white demonstrators.

In Georgia, three white men were found guilty of murder for the pursuit and fatal shooting of Ahmaud Arbery, a 25-year-old Black man, in a case that, helped inspire the racial justice protests last year. Travis McMichael, 35; his father, Gregory McMichael, 65; and their neighbour William Bryan, 52 face up to life in prison for the state crimes. The men have also been indicted on separate federal charges, including hate crimes and attempted kidnapping, and are expected to stand trial in February on those charges. The verdict suggested that the jury agreed with prosecutors’ arguments that Arbery posed no imminent threat to the men and they had no reason to believe he had committed a crime, providing no legal right to chase him through their suburban neighbourhood. “You can’t start it and claim self-defense. And they started this,” the lead prosecutor argued in her closing statements.

After a four day jury trial, a jury in Wisconsin acquitted teenager Kyle Rittenhouse for killing two men during racial disturbances in the city of Kenosha last year. Rittenhouse had left his Illinois home, crossed a state border with his AK-15, claiming he was “helping” law enforcement. Among five felony counts, the most serious charge was first-degree intentional homicide, requiring a mandatory sentence of life in prison if guilty. While none of the 12-person jury spoke publicly about the case, legal experts said an acquittal was not surprising. “I think that anyone who saw the evidence could see that the jury might have a difficult time coming to a unanimous decision that Kyle Rittenhouse wasn’t defending himself,” said Julius Kim, a defense attorney and former prosecutor based in the Milwaukee area.

Also Read: A Privilege or a Risk?

In Charlottesville, Virginia, the self defense justification did not work at all for five nationalist hate organizations in civil litigation from a 2017 demonstration supporting Confederate War monuments. A protester killed a woman with his car. A few days after the rally,  President Donald Trump memorably said there were “very fine people on both sides”.

Over three weeks, the plaintiffs produced evidence that the defendants had talked of hitting protesters with cars, an incident which killed Heather Heyer. Defense lawyers denied this, claiming pre-event planning was just chatter amongst people simply exercising self defense to protect their First Amendment rights. The jury awarded the plaintiffs $26 million in damages, which is likely uncollectible given the lack of resources of the defendants.

The jury was instructed that in a conspiracy case actually committing the violence was irrelevant if the accused had the same goal and could foresee that violence would occur. In a civil trial, jurors only need a preponderance of the evidence, not the “beyond a reasonable doubt” standard of a criminal trial in America.

Also Read: Supreme Court to hear plea of elderly Muslim man beaten up in Noida along with other petitions against hate speech

Subpoenas for three groups and associated individuals were issued by the House Select Committee investigating the January 6 attack on the US Capitol building. “We believe the individuals and organizations we subpoenaed have relevant information about how violence erupted at the Capitol and the preparation leading up to this violent attack,” said Committee chair Representative Bennie Thompson. This included leaders from such militant right-wing groups as Proud Boys, Oath Keepers and the 1st Amendment Praetorian group. Roger Stone, a long time Republican political fixer going back to President Nixon’s campaign in 1968, and often an advisor to President Trump, was also named and is fund raising off his subpoena.

Conspiracist radio host Alex Jones said he will plead the Fifth Amendment, which protects a citizen from being “compelled to witness against himself.” He said: “I don’t want to spend the rest of my life in prison.” Jones recently lost a defamation suit based on his false claims that the 2012 school shooting in Sandy Hook, Connecticut, was a hoax. Families who lost 20 young children and six teachers filed the law suit. Amounts involved are to be worked out.

A federal judge in Colorado has ordered two lawyers there to pay nearly $1,87,000 to defray the legal fees of groups they sued in a class action suit alleging theft of Trump’s 2020 election. Their original suit was a bit over the top in seeking $160 billion, alleging fraud by the voting machine vendor Dominion Voting Systems; the tech company Facebook, its founder Mark Zuckerberg and his wife, Priscilla Chan; and elected officials in four states. “As officers of the Court, these attorneys have a higher duty and calling that requires meaningful investigation before prematurely repeating in court pleadings unverified and un-investigated defamatory rumours that strike at the heart of our democratic system and were used by others to foment a violent insurrection threatening our system of government,” wrote Magistrate Judge Reid Neureiter.

Two of the US Senate’s least authentic members sounded a bit foolish this week as well, politicising matters while appealing to the Make America Great Again true believers. The man who drove a car into a parade in Wisconsin killing six people and injuring 48, turns out to have been out on bail in another criminal case. Texas Senator Ted Cruz turned the tragedy into a political rant tweeting: “Across the country, radical Leftists are releasing violent criminals from jail—with little or no bail—only to see them commit yet more violent crimes…. This horrific mass murder is the latest example. And it was fully preventable.” The fact is bail is legal and its application has not been changed much in the past decades.

Not to be outdone, Senator John Kennedy from Louisiana attacked a woman the Biden administration wants as Comptroller of the Currency, a bank regulatory position. In the deep drawl of “southern” Louisiana language, he has acquired late in his career, the Senator said: “I don’t know whether to call you ‘professor’ or ‘comrade.” Saule Omarova is a Cornell Law School professor needing confirmation from the Senate Banking Committee on which Kennedy serves.

Kennedy asked if she had a resignation letter from the Communist youth group the Soviet-controlled Kazakhstan government forced her to join as a child. Omarova responded: “Senator, I’m not a Communist. I do not subscribe to that ideology. I could not choose where I was born.” Omarova told Kennedy the Communist regime persecuted her family, adding: “That’s who I am. I remember that history. I came to this country. I’m proud to be an American.” Let the record show that Kennedy is an articulate alumni of Vanderbilt University who graduated from the University of Virginia Law School and attended Oxford University’s Magdalen College. He only “plays” the aging southern politician.

Cruz graduated from Princeton University and Harvard Law School, two top notch US institutions before going into politics. Pandering is not taught at any of these schools and both men—especially as lawyers—are an embarrassment, not just for red-baiting in the tradition of the late Senator Joseph McCarthy in America in the 1950s.

In 1954, McCarthy clashed with attorney Joseph Welch at a Senate hearing, alleging a young lawyer in Welch’s firm was a Communist sympathiser. A stunned Welch said: “Until this moment, Senator, I think I never really gauged your cruelty or your recklessness.” McCarthy was speechless as Welch asked: “Have you no sense of decency, sir, at long last?”

Two months later, the US Senate censured McCarthy for his behaviour.

The Supreme Court on Thursday stayed the arrest of West Bengal Chief Minister Mamata Banerjee's Nandigram election agent SK Supiyan in the murder case of a BJP leader, being investigated by the Central Bureau of Investigation (CBI).
Read more
Courts

The prosecution had claimed that Yadav was an active member of the riotous mob and played a role in vandalising and burning down the woman's home in Bhagirathi Vihar in northeast Delhi's Gokulpuri.
Read more
Courts

The Supreme Court on Thursday agreed to hear a petition on January 24 that challeged the decision of Ministry of Home Affairs (MHA) to cancel and not renew the registration of around 6,000 NGOs under the Foreign Contribution Regulation Act (FCRA), 1976.
Read more
news

Meanwhile Republicans in the US Senate prevented a vote on a bill that would end much of the voter suppression efforts they support at the state level, which is where elections are conducted in the USA.
Read more
India Legal
Did you find apk for android? You can find new Free Android Games and apps.

The Supreme Court on Thursday stayed the arrest of West Bengal Chief Minister Mamata Banerjee's Nandigram election agent SK Supiyan in the murder case of a BJP leader, being investigated by the Central Bureau of Investigation (CBI).
Read more

The prosecution had claimed that Yadav was an active member of the riotous mob and played a role in vandalising and burning down the woman's home in Bhagirathi Vihar in northeast Delhi's Gokulpuri.
Read more